Posted on January 5, 2020 by Michael Procopio 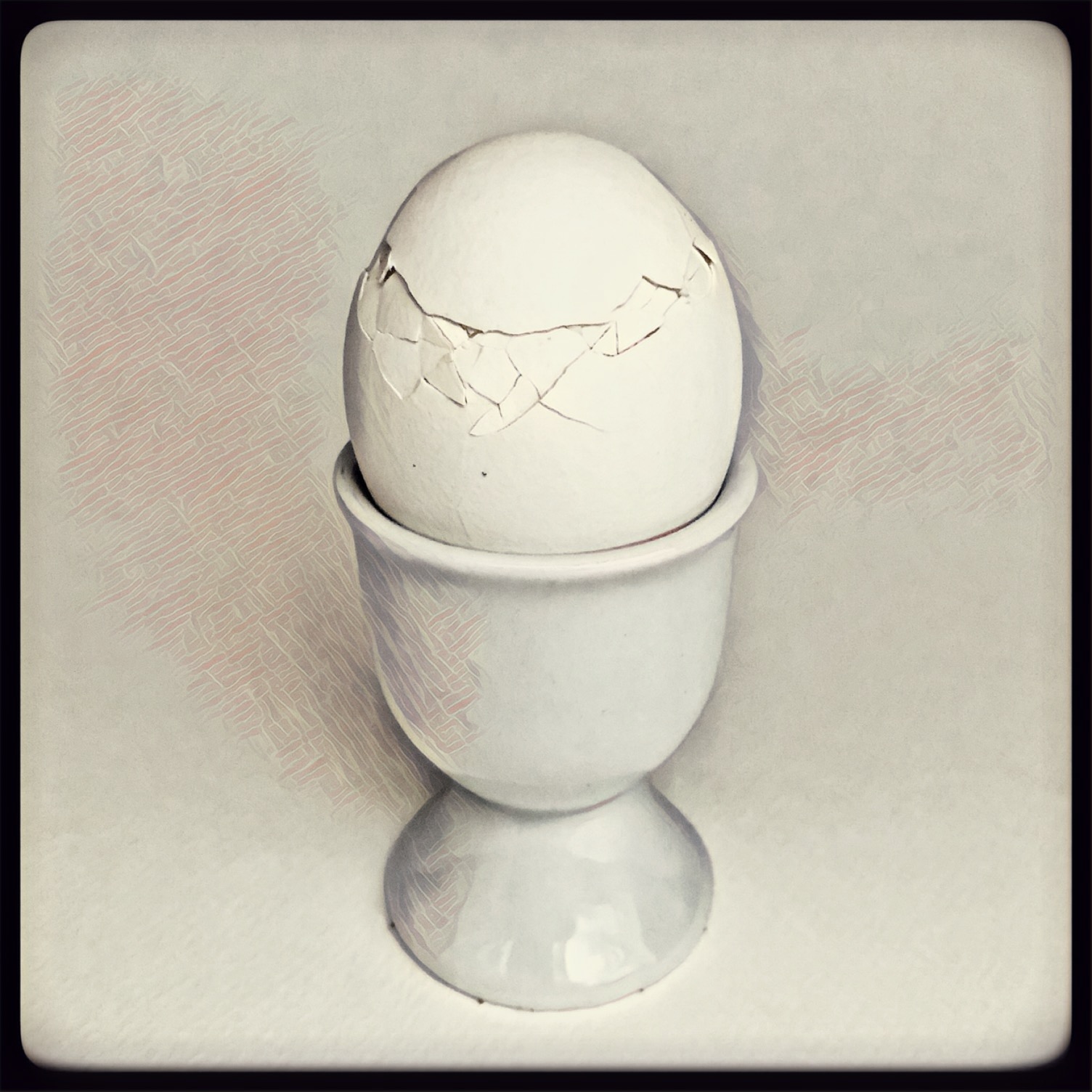 Happy New Year to you all. It’s been nearly six months since my blog confession and, in the world of internets, that’s an eternity. While we’re on the subject,  it’s been 36 years since my last proper Catholic confession, but that is another story for another time. Dirty priests.

Although I admit there were some wonderful moments in 2019, overall I didn’t much care for last year. From a writing standpoint, it was a total disaster, but you know what? I’m not going to beat myself up over it.

Instead, I’ll just glance over my shoulder, wonder where all the time went, pour myself a drink, and move on. That said, the longer one stays away from trying to fill up a blank page, the harder it is to fill one. The brain and fingers get rusty. So I thought I’d start the year off with something easy to both make and digest. Something symbolic, if you like: the humble egg.

In Greek mythology, Chronos (Time) and Nyx (Night) created the world-egg, out of which hatched Phanes, the hermaphrodite generator of new life. In my view, if an ovum is good enough for the gods, it’s certainly good enough for me. We all start from one, so it’s as fine a place as any to begin. And heaven knows an egg is easier to source and a lot more culinarily versatile than its partner in procreative crime, sperm. If you don’t believe me, the next time you’re at the market, tell the woman at the customer service desk that you’re in desperate need of semen and count the seconds until security is called to escort you off the premises.

The shell of an egg– a hen’s egg, at least– also requires very little effort to crack, which is a pretty good metaphor for 2019– the year I cleared my schedule to do the same. NOTE TO READER: Do not schedule time out for a planned breakdown because they do not, in general, adhere to a fixed timetable. 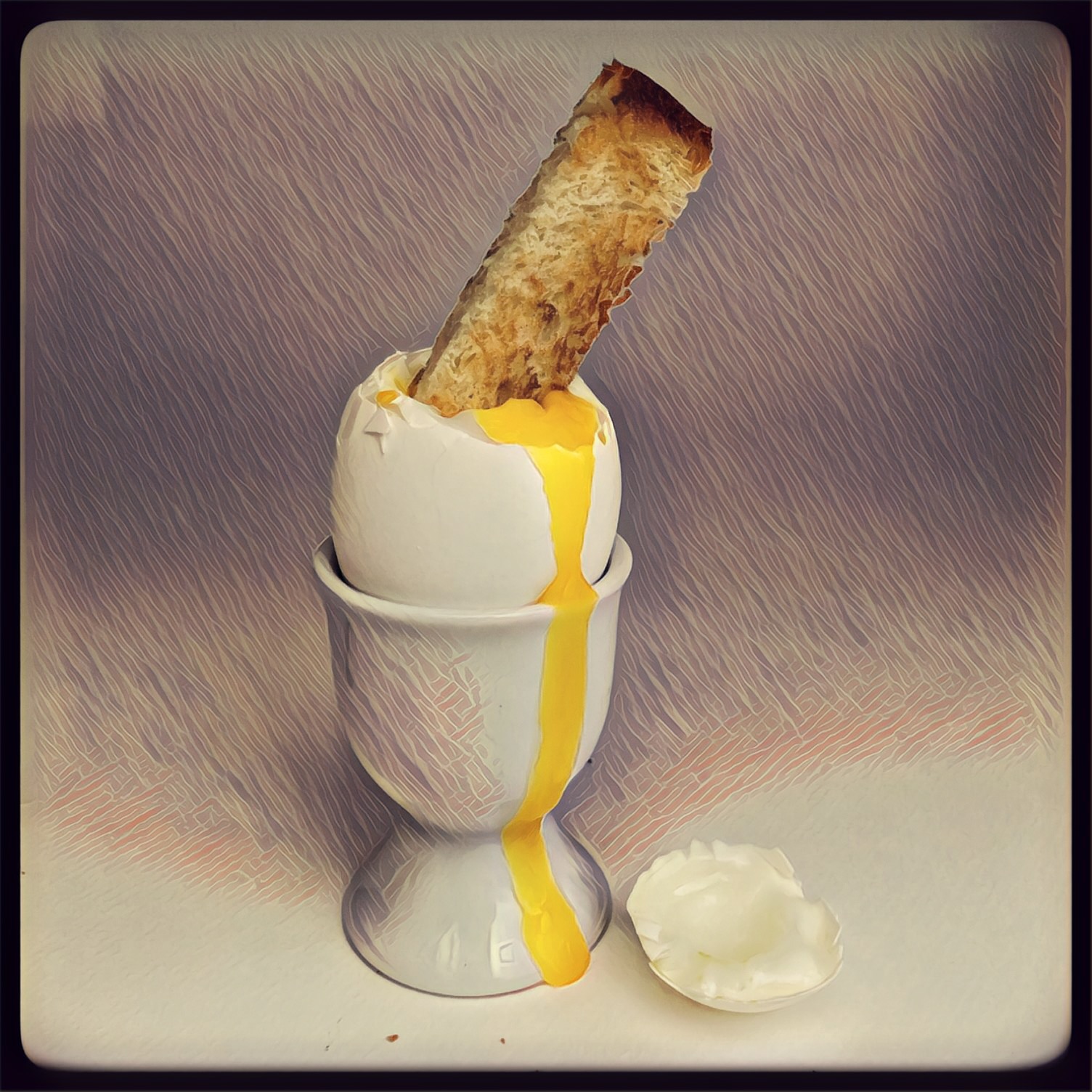 The soft-boiled egg is a tender thing, its insides ideally a warm, ill-formed goo. It is what posh people in film & television set in the 1930s are brought in bed by the help on a breakfast tray with coffee and toast. It is Nick & Nora, Jeeves & Wooster. The onscreen consumers of the soft-boiled breakfast never fail to cut off the top shell with grace all the while discussing this morning’s plans or recovering from last night’s hangover. It is as comforting as it is economical, which leads me to point out that no one seemed to breakfast as cheaply as the Depression Era rich.

The soft-boiled egg is how I intended to start off the New Year, but forgot and had oatmeal instead. The habits of 2019 die hard.

• 1 egg coaxed from the cloaca of a chicken, preferably by someone unseen.
• A pinch of salt
• 1 piece of white bread sliced from the belly of a Pullman loaf, toasted and cut into batons.

I write about food and am very fond of Edward Gorey. And gin.
View all posts by Michael Procopio →
This entry was posted in Breakfast Time and tagged Cloaca, New Year, Soft boiled egg. Bookmark the permalink.

25 Responses to Not Over, Easy.