In My Own Little Corner. 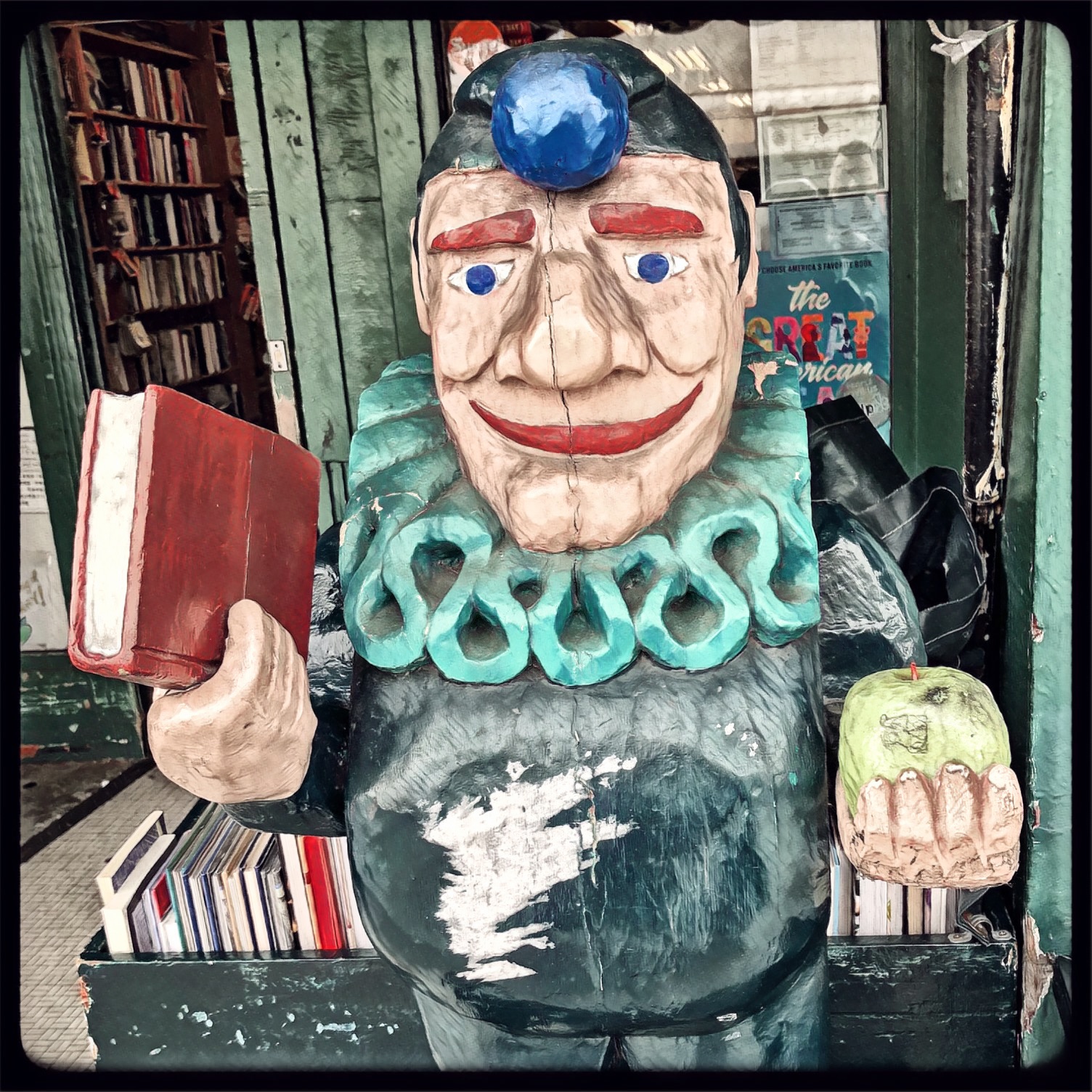 I have spent exactly one month of my adult life working in an office– as an intern under Michael Bauer at the SF Chronicle Food Section. And even he fled when I was but two weeks in. To Antarctica, specifically. “The only place on earth without any god damned restaurants,” he joked. At least I took it as a joke.

But you know what? I’m not going to worry about whether I’m the office type or not. It doesn’t matter. I have a specific, carved-out space for writing, which it turns out I very much need. I’ve committed myself to showing up at least four times per week. It means I have to put on pants. It means I have to leave my apartment. It means I have to start writing enough to justify the expense of a writing space.

IT’S ABOVE A <EXPLETIVE> BOOKSTORE, which means that people who sell used books for a living are my  <expletive-expletive> landlords. How’s that for a <expletive>-great coincidence? 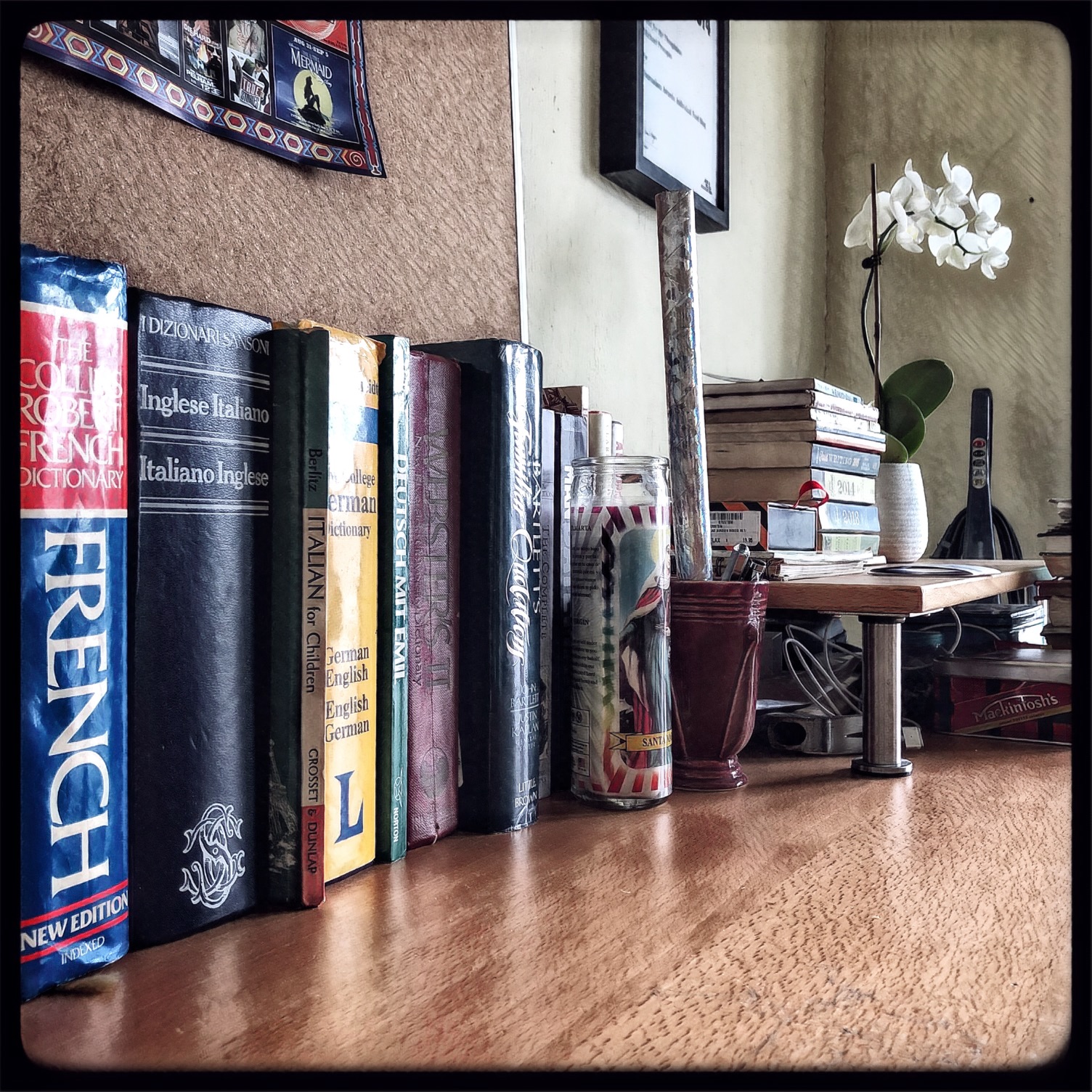 I have my own, dedicated desk, where I eat my lunch and keep important things like heavy foreign language dictionaries from college I cannot bear to toss, stamps, pens, and shiny cardboard tubing that once housed confetti tossed by Rip Taylor?

Every morning, the first thing I do is sit there and write a postcard to someone. I bought a collection of 50– each with an image of a different bird saying something fairly upsetting. I consider that my warm up– so much less intimidating that sitting down to write a proposal. It’s also a good excuse to update my address book. 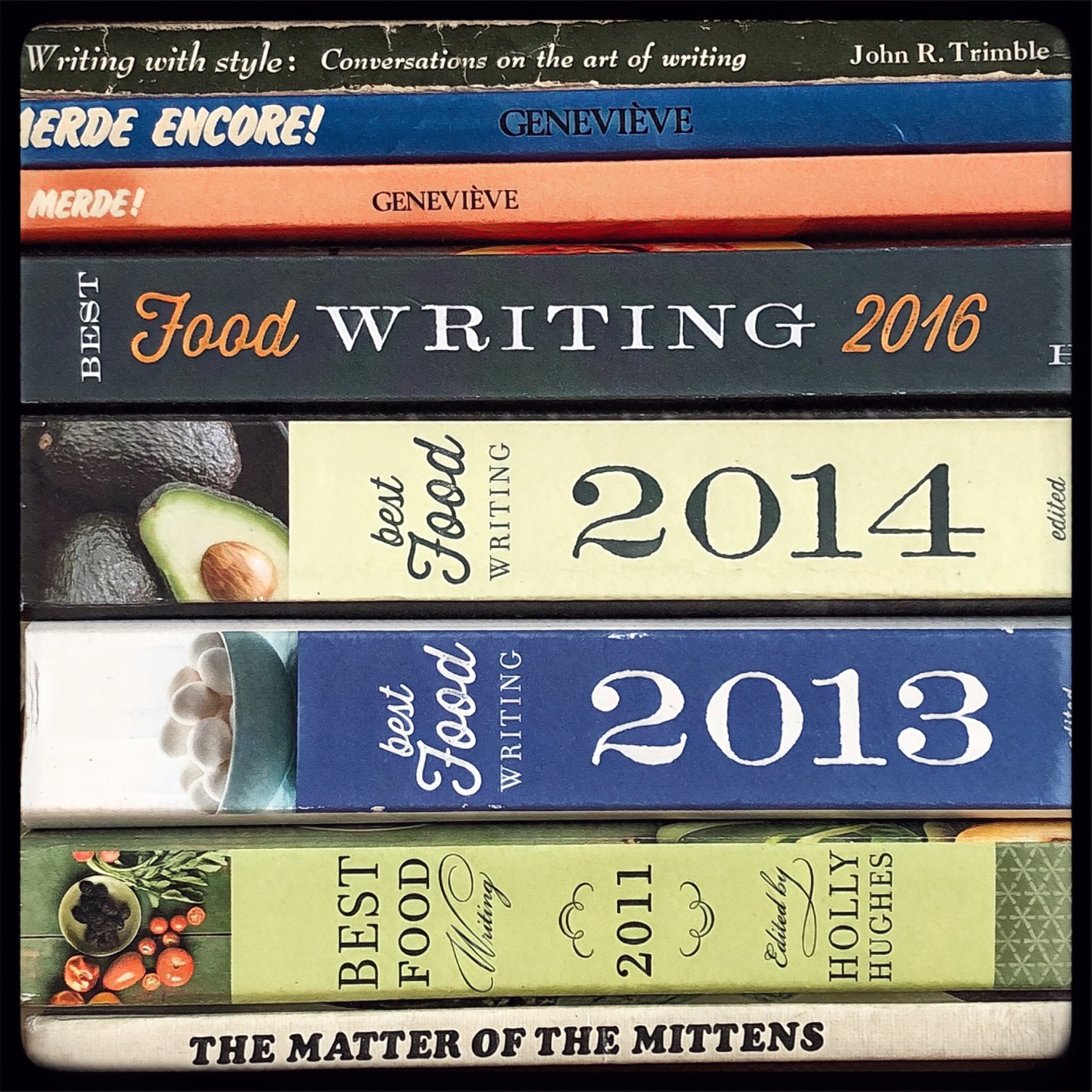 Having an office is also useful because it allows me to take stacks and stacks of books out of my small apartment and put them somewhere that exists by (thanks for selling ’em, Green Apple!) and for the writing of the things themselves. I keep a special stack of them immediately to my right, for two, very simple reasons: 1.) They serve to remind me that I do not completely suck and 2.) Gloria Upson was so very right about books being awfully decorative, don’t you think? The dirty French slang books add a certain <explétif> je ne sais quoi, and The Matter of The Mittens is simply there to remind me that I need to return it to my friend Julie Michelle. 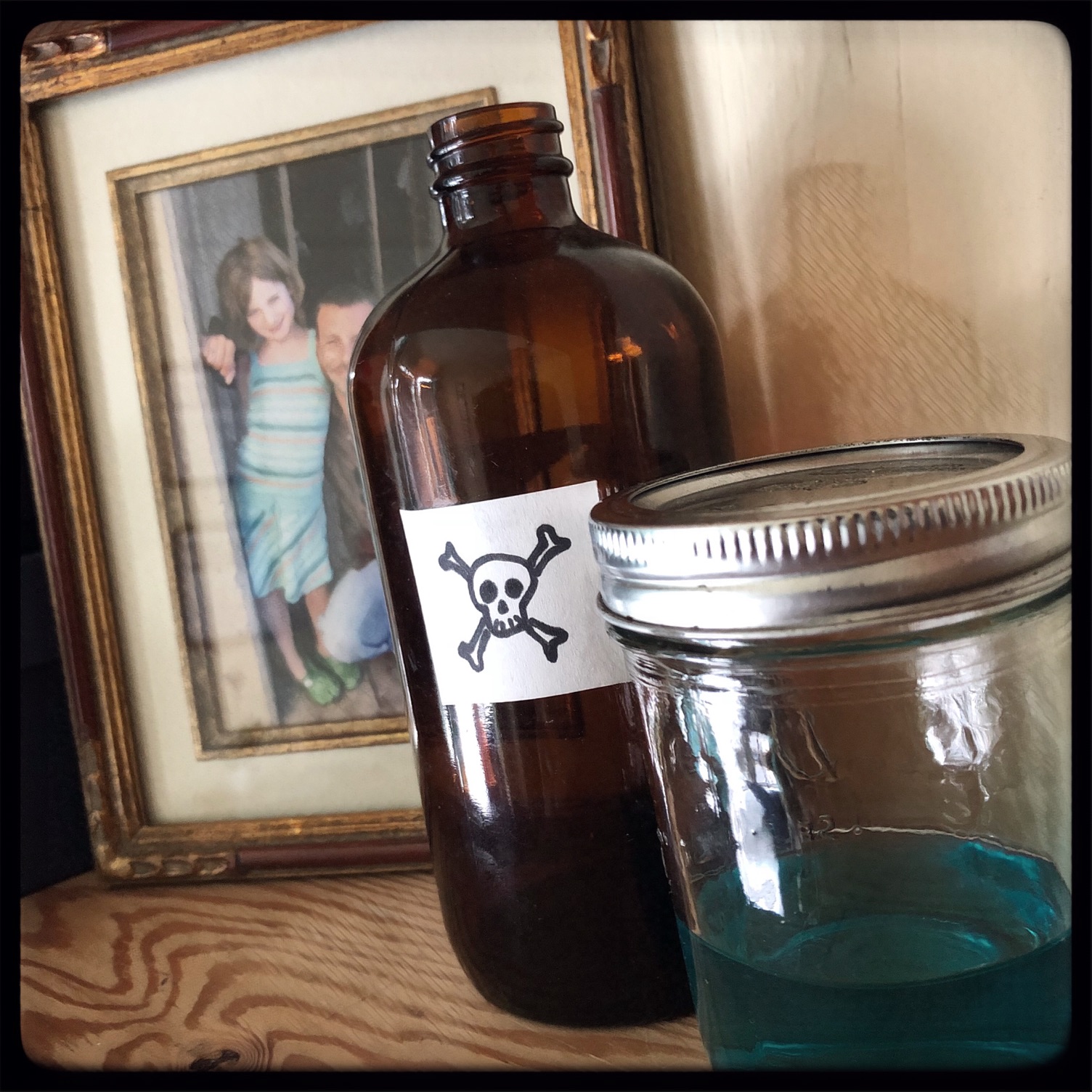 Occasionally, Jean makes me tea because she is kind and for no other reason. I have brought my own tea things in, but she does not care for my choices. She much prefers the herbal varieties, ones with far less ammonia and rodenticide than I’m used to. Please remind me to add these to my shopping list. And to save my receipts because I can now write off office supplies. Except I’ve had no income for the past year, so I probably needn’t bother because I won’t be paying any taxes. But do remind me for next year. Set an alarm on your calendar. Thank you. 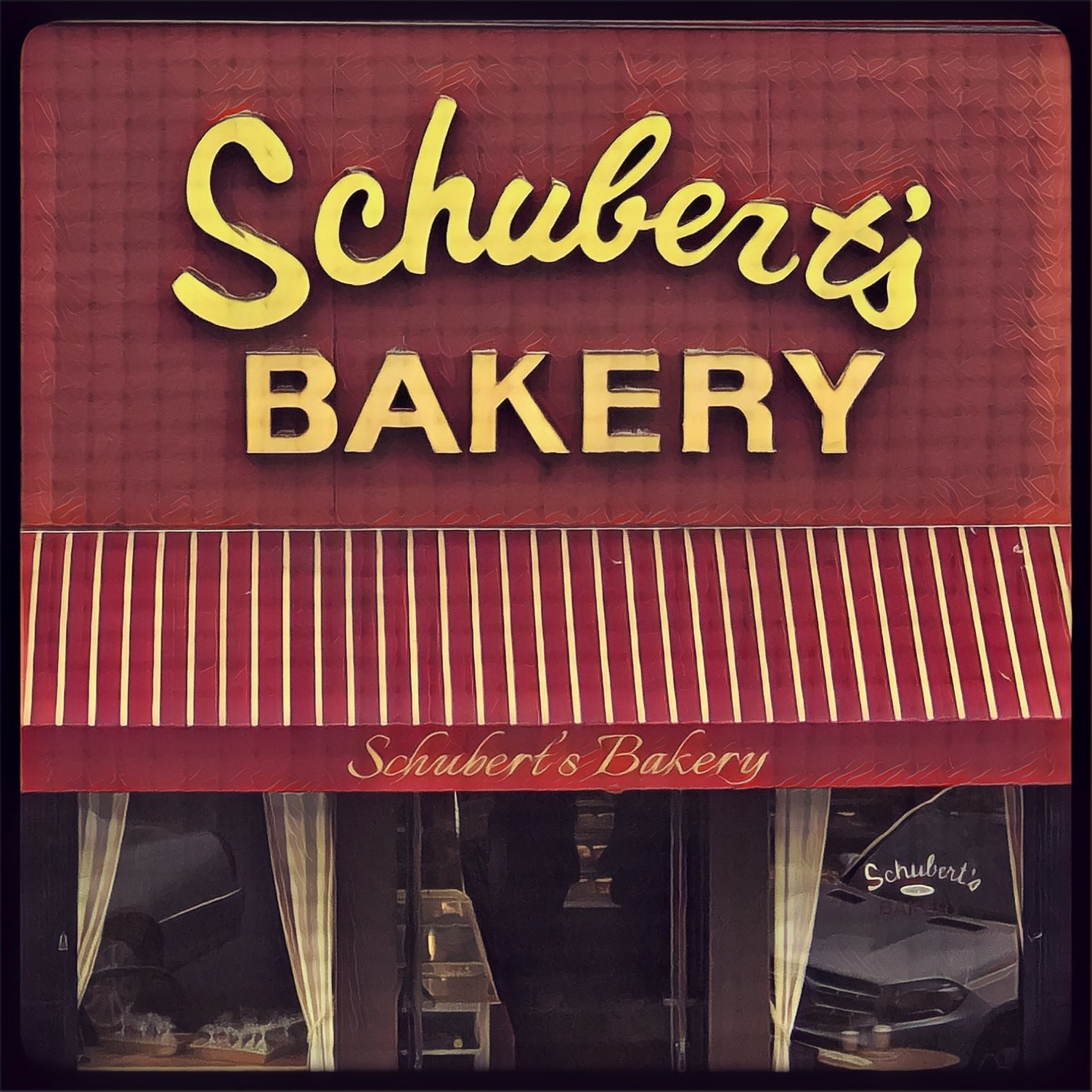 Oh, and there’s one more important thing, which I can’t remember if I’ve told you. Remember the memoir thing I’ve spent the past almost-year melting down over? I had a long, productive talk with my absurdly patient agent and have decided to shelve the mother-<expletive>. I’ve moved on to something more pleasant. A new topic. One that doesn’t make me want to kill myself. I consider this a step in a healthier direction. And it’ll be a hell of lot more pleasant to read. Early stages yet, but I’m working on the proposal. At my office. At least four times a week. And if I’m good, I can treat myself at the Swedish bakery across the street with a slice of fucking Princess cake.

I write about food and am very fond of Edward Gorey. And gin.
View all posts by Michael Procopio →
This entry was posted in Uncategorized and tagged expletives, new office, Princess Cake, Rip Taylor. Bookmark the permalink.

One Response to In My Own Little Corner.