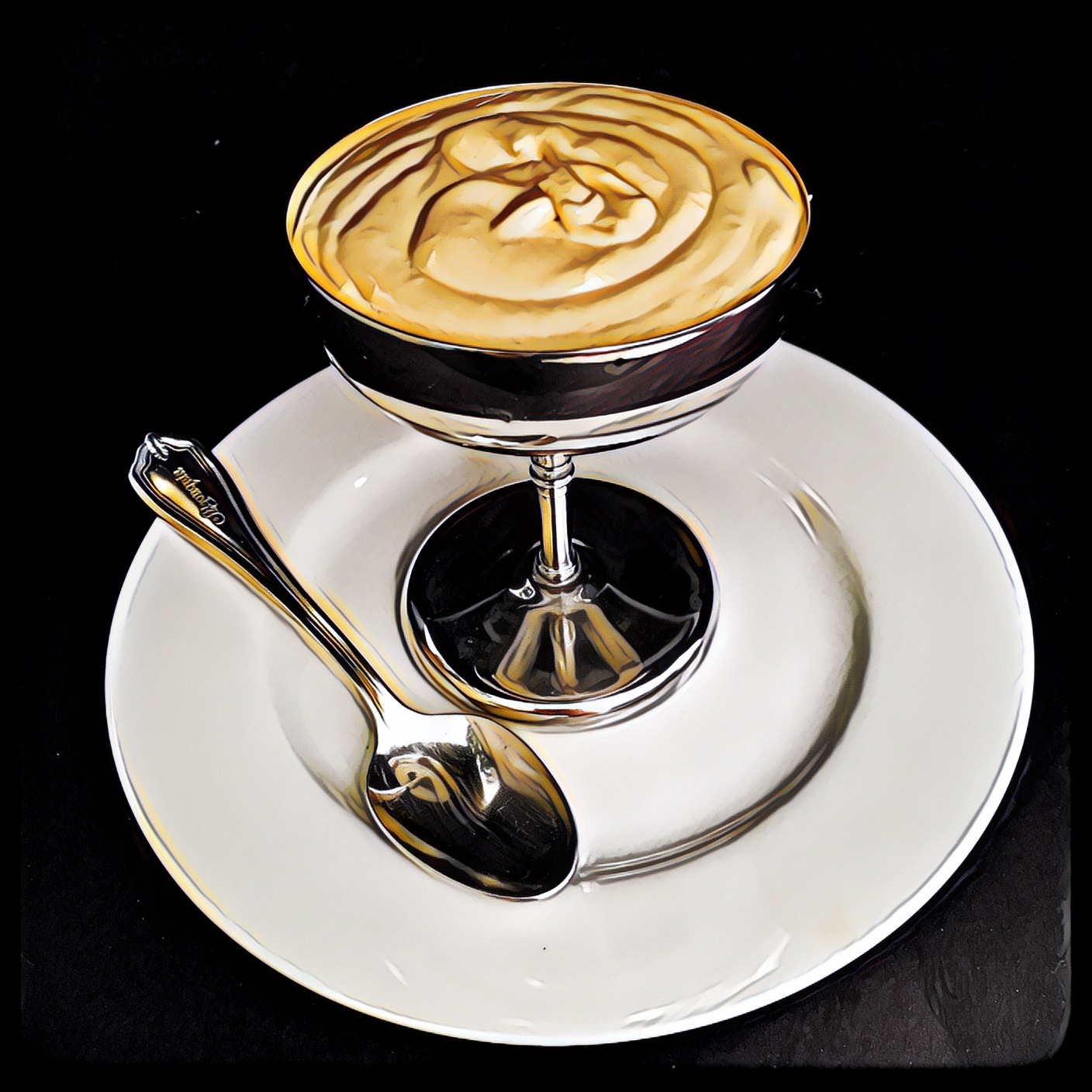 Before traveling abroad, some people like to bone up on the history and culture of their upcoming destination. Others prefer to wing it and hope not to drown in their sudden cultural immersion. I like to think of myself as neither fully one way nor the other. I like a heavy dash of surprise in my global adventuring but I do my best to learn a few things I consider important prior to my trip like native table manners, what not to wear, and the proper way to address the head of state in case of chance meeting.  And I always try to learn a few phrases of the local language, because knowing how to order in restaurants, say “please” and “thank you”, and ask for directions to the nearest free clinic are very useful tools to have under one’s travel belt.

But, before to my trip to Argentina, it never occurred to me that I should learn how to ask “Is this habit of random objects and people falling from the sky a cultural thing?” in Rioplatense Spanish. My mistake.

I’d never even considered going to Argentina before my friend Bill stood up on a picnic table at his Angel Island birthday party and asked “Who wants to go to the World Tango Festival in Argentina with me next year?”  It might have been the beer, the heat of the August afternoon sun, or the chance to escape my current domestic living situation for a few days– or a combination of all of those factors– that caused me to raise my hand. I had little interest in the tango, but I hadn’t been out of the country in years. I needed a little adventure.

There were seven of us who eventually found ourselves Down Argentine Way the following March: Bill and his boyfriend Gary, our friend Patrick, and myself traveling from San Francisco, plus three of Gary’s Boston friends: Michael, Ken, and Jim.  I consider it a miracle of social chemistry that seven gay men with rather strong individual personalities managed to spend ten days together without intramural conflict. We devoted our days to shopping, wandering, and spreading dulce de leche on every available edible surface. In the evenings we napped, smuggled cocktails into our hotel rooms, and explored the Buenos Aires nightlife. It was hard not to immerse ourselves in the pleasures of a city with the highest concentration of plastic surgeons and psychotherapists per capita in the world. Plus,  the dollar was strong, the policemen absurdly beautiful, and the steaks were as big–and delicious– as my head. Everything about our stay seemed perfect except for one thing: the chance of being killed on the street while walking off one’s morcilla.

On our way back to the hotel for a much-needed lie down after a particularly louche lunch one afternoon, we were startled out of our wine-induced torpor when a strange object descended from heaven onto the sidewalk just a few yards ahead of us. It was quickly identified as a diaper which, by the sound it made as it landed, had served most capably its intended purpose. We were lucky it hadn’t hit us. We were even luckier that, as far as shit bombs go, it was a dud. We sidestepped the unexploded threat with our lives and our south-of-the-equator Summer Whites intact.

The following day, after a similar noontime repast and clearly having learned nothing from recent experience, I was returning to the hotel by a similar route when I heard a noise  behind me, which sounded very much like the Tin Man might have made fashioning with his axe a pottery circlet for the Cowardly Lion during the “If I Were King of The Forest” number from The Wizard of Oz, but without the Harold Arlen music and much louder and more disturbing. I turned around to discover a potted palm tree, along with its glazed ceramic container, had just collided violently with the ground a few feet directly to my aft. There was terra cotta shrapnel everywhere, but I remained physically unscathed and, unlike the lion, uncrowned. My ensuing nap was fitful; my first cocktail of the evening, medicinal.

Two near misses in two days was enough to set anyone’s nerves on edge. But when news broke the next evening that a much-loved soap opera star had leapt to his death from his penthouse onto the pavement below, I sensed a rather worrisome trend. Was this really a thing in Buenos Aires? If so, it’s one of the customs my otherwise excellent copy of Let’s Go Argentina failed to mention.  After three days in the city, we were flying north to Iguazu the next morning to soak in the scenery and I for one was glad to get out of the city and its tall buildings for a little while.

After the seven of us checked into our rooms at the Hotel Cataratas, we agreed to rendezvous in the lobby downstairs lobby, then scout the area for suitable and sufficiently potent watering holes. As the first one down, I settled myself on the nearest couch, picked up a magazine to thumb through, and the succumbed to a mild sneezing fit. Before I had time to properly worry if I was coming down with jungle fever, a travel pack of Kleenex landed at my feet. I wasn’t at all startled, but rather, I was pleased that something actually useful had fallen near me for a change. I leaned down to pick it up and pulled out a tissue to help stem the unfortunate, yet aptly in-theme waterfall that was cascading down my nose. Gary appeared moments later and gave me a look.

“You could say thank you, you know” he said, irritated, but not nearly as much so as my sinuses.”I’ll bet you thought those tissues just magically fell from the sky.” To my embarrassment, I realized that he was absolutely correct. 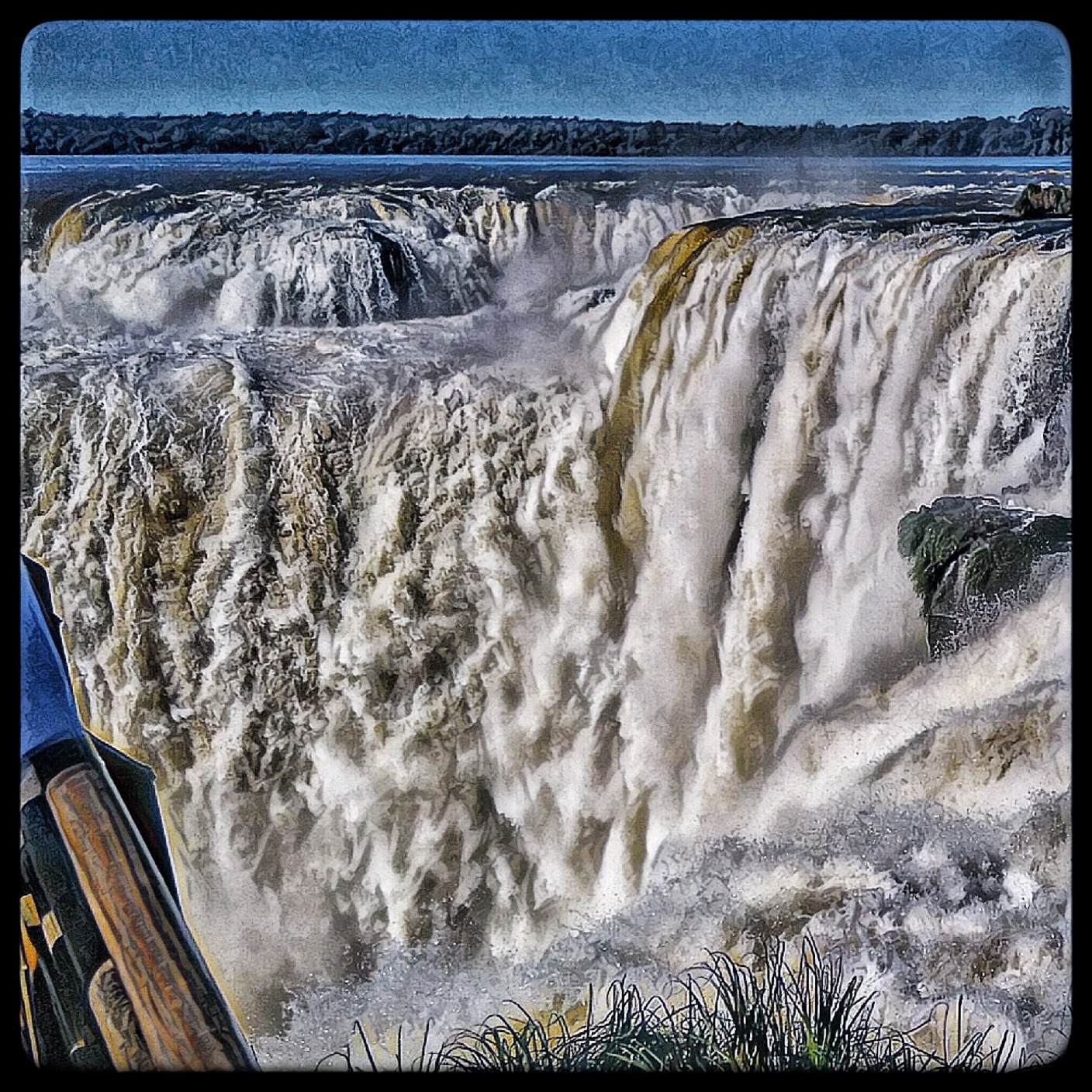 It’s always a bit shocking when the unexpected happens once. Disturbing when it happens twice. By the third time, one can only help but think “What the hell is happening? This isn’t normal.” When it starts happening every day, well, it’s incredible what one gets used to.

When we made it to the falls the next morning, I was convinced I had just discovered the most beautiful place on earth. I spent the day hiking in a sort of misty paradise with my friends as we looked for toucans and swatted bees away from our cans of Coca-Cola Light. We saved La Garganta del Diablo— the tallest of Iguazu’s waterfalls– for last. A wooden catwalk led us to the opening of the devil’s throat, and we were surrounded by a startling spray of mist and rainbows. But it was the frightening power of the water that stays in my memory of it. Standing at the edge and white-knuckling the metal railing as nearly half a million cubic feet of water rushed beneath us every second, Patrick looked at me and yelled over the sound of the torrent, “Doesn’t it make you want to jump?” I nodded back. I really did wanted to. I harbored no suicidal thoughts. No despair. Just the strange urge to join the inexorable force of the water as it dragged my senses downward. I thought about the diaper, the palm, and the soap star, believing for a moment that I actually understood their gravitational desire to be pulled towards oblivion. It was then that I realized something very important:

I pulled myself away from the falls and the spell was broken, which was when I became aware of something else, even more profound:

I was only a mile or two away from Brazil and could therefore safely order a caipirinha.

The wonderful thing about soufflés is that one nearly always expects them to fall at some point and, if they don’t, one is often pleasantly surprised. For this obvious reason, I have chosen to make one to go with this story.

Since you’re all such smart people, you’re probably thinking to your collective self: “But Michael, chocolate soufflé isn’t exactly Argentine in nature, is it?” And I would say that you were correct, but try putting steak in one of these god damned things and see what happens.

The real gem, in my opinion anyway, is the dulce de leche whipped cream. On its own, “dee de ell”, as I may or may not now call it, is too stiff and sticky to effectively accompany such a delicate concoction of chocolate and hot air. Folding into whipped cream solves that problem and makes it ever so slightly less cloying at the same time. Of course, I might even encourage you to say “Sod the soufflé” altogether and just make the crème.

Makes: 1 large soufflé to share among you and your six friends or 6 small because you don’t actually deserve one and you really can’t afford the calories.

For the Dulce de Leche Crème:

• 1 cup of fresh heavy cream
•  1 jar of dulce de leche from a trusted manufacturer or Argentinian abuela. You are also very welcome to make it yourself, if you like. David Lebovitz has been known to make a dandy batch or two.

1. Whip cream into a mild frenzy, or until a medium stiffness is attained, peak-wise.
2. Spoon in 5 tablespoons of dulce de leche and fold in. Taste it. Is it what you wanted? If not, add more dulce de leche. I did. I added seven, but that’s because I’m bold. Make this before you do your soufflé(s), but you already know this.

For the Chocolate Soufflé:

• 1 each: computer, web browser, internet connection and whatever else is needed to view an online recipe: Bittersweet Chocolate Soufflé by Melissa Clark. I followed her directions precisely and I suggest you do the same over at the New York Times because  I did not alter the recipe in any way and I’m not really into copyright infringement. If you’re annoyed with the current state of their Op Ed page and wish to find an alternate recipe, I suggest you do so.

When soufflé baking has been achieved, remove from oven and immediately dust with powdered sugar or cocoa powder, if that’s your thing. Serve forthwith.

Place the dulce de leche creme in a silver champagne coupe– one of a set of six you bought at the San Telmo flea market in because you just knew you had to have them. Even though, fourteen years later, this is the first time you’ve ever even used one of them and maybe you should have bought the vintage cocaine bottles because they were cooler but the guy who was selling them was also selling Spanish language versions of Mein Kampf and that made you uncomfortable.

Accompany with a silver spoon you once stole from the Rose Room at the Algonquin Hotel when you were pretending to be Robert Benchley and were therefore necessarily drunk.

I write about food and am very fond of Edward Gorey. And gin.
View all posts by Michael Procopio →
This entry was posted in Uncategorized and tagged Buenos Aires, dulce de leche, falling objects, soufflé. Bookmark the permalink.

14 Responses to Down Argentine Way