A Question of Size

Posted on February 6, 2018 by Michael Procopio 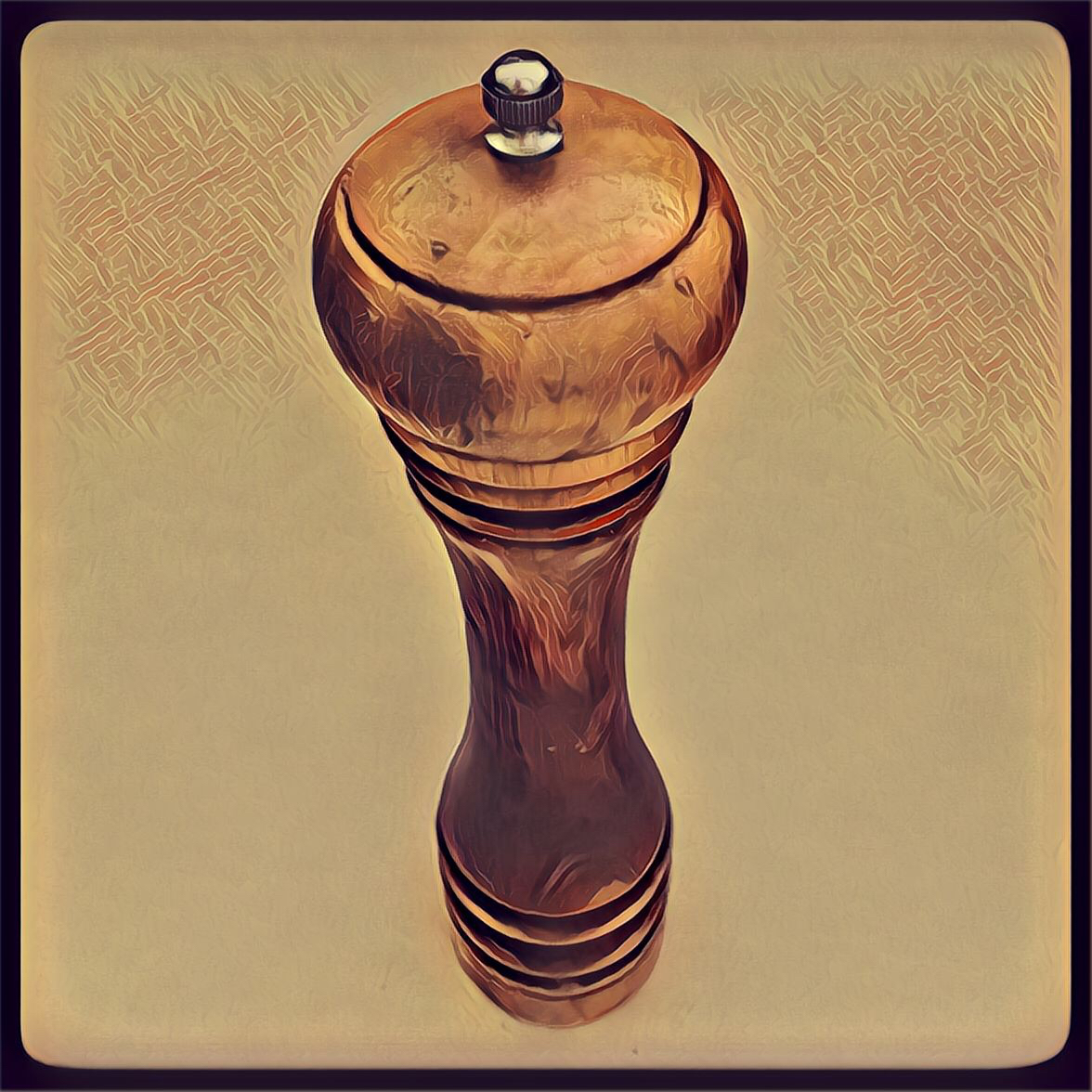 As I delivered a Greek salad to table twenty-two, I pulled a large brass pepper grinder out from under my arm and offered to pulverize its contents for the benefit of the woman who ordered it. When she declined, I tucked it back into the white, no-iron cotton sheath of my armpit.

My actions were noticed by Frank, one of our more amusing regulars who was standing just behind me, drinking perhaps his second Manhattan of the evening. He jumped as if  goosed by my moulin à poivre, as the French might call it. Although often tempted, in the seventeen years I’d worked in a Greek restaurant, I had yet poke anyone with the device, let alone learn the correct Hellenic term for it.

“You know, I may very well be the only person working here who knows what the hell you’re talking about,” I answered, proud that I had, in fact, gotten the reference.

“Why the fuck do you think I said it to you?” he muttered as he sipped his drink.

I really do miss that man.

For the rest of the evening, I felt absurdly self-conscious every time I waggled a pepper mill over anyone’s food. Each time, the cold, hard metal turned to hot, turgid flesh in both my imagination and my increasingly sweaty palms. On one occasion, I nearly giggled in the presence of four women as if I were a nine year-old laughing at a fart joke in front of my mother’s bridge club. I needed to get a better grip on my professionalism. And on the pepper mill, which I worried might slip out of my hands. 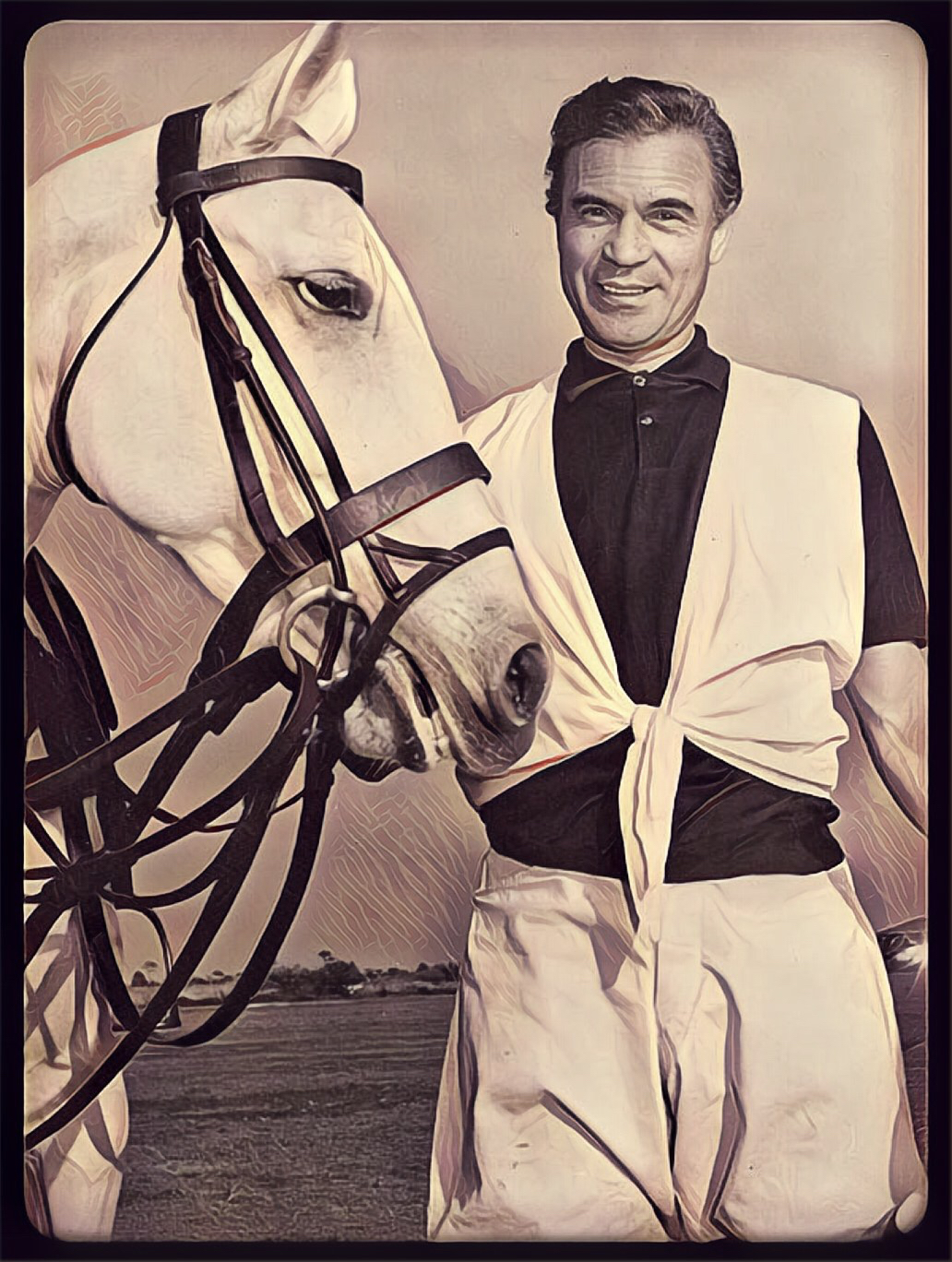 If there are any of you left in doubt as to the meaning of the term “Rubirosa”, I will explain its origin:

Porfirio Rubirosa was Dominican diplomat from the Mid-20th century. His interests were very much in line with most other international playboys of the time: polo, auto racing, and having sex with lots and lots of women, like Zsa Zsa Gabor, Rita Hayworth, Ava Gardner, and Jayne Mansfield. Of his five wives, two were American heiresses: Barbara Hutton and Doris Duke. Both of them gave him B-25 bombers as well as many other items of value in their divorce settlements. He was, to put it mildly, extremely popular with heterosexual females. Perhaps it was his Caribbean charm. Or perhaps it was the fact that his member was reported to have put his polo ponies to shame. His friends referred to him as “Toujours Prêt” because it was always ready to go. His reputation was such that Parisian waiters began calling their oversized pepper grinders “Rubirosas”.

I’m so glad we’re finally clear on this. 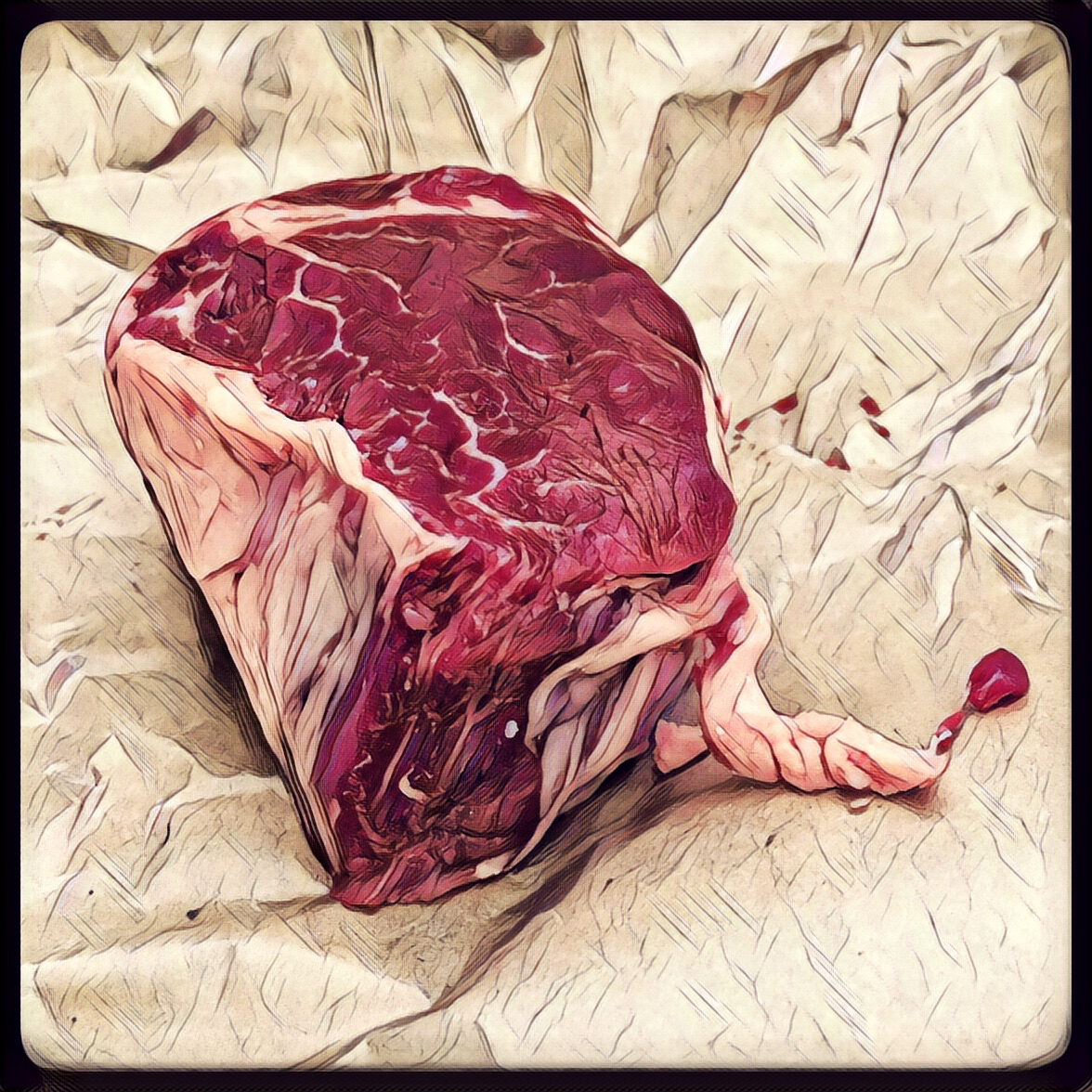 Now is the point I should add that, at this very same Greek restaurant, there is another Rubirosa-esque item on offer: a 21-ounce bone-in ribeye steak, which is really far too much meat for any one person to tackle alone. Presenting such a slab of beef would occasionally produce gasps from unsuspecting diners, both male and female. As good as it is, I’ve never understood the allure of dealing with one by one’s self, but people do it all the time. Perhaps it’s the thrill of a challenge. I’ve been seduced into attempting it on one or two occasions, but sensibly found myself subscribing to the Rodney Allen Rippy school of thought: It’s too big to eat. Having that much meat inside of you all at once is unhealthy, four out of five doctors will tell you, and can lead to great internal distress. If you’re wondering about the fifth doctor, he’s probably in the pocket of the US Beef Council.

It isn’t my job to judge you if you enjoy your steak and your pepper mills well endowed. Judgement’s more like my hobby, really. I used to be like you, but age, experience, and my cardiologist have changed me. In these matters, the question of size is more like a question of taste, I think. And I, for one, prefer my meat more demurely proportioned. 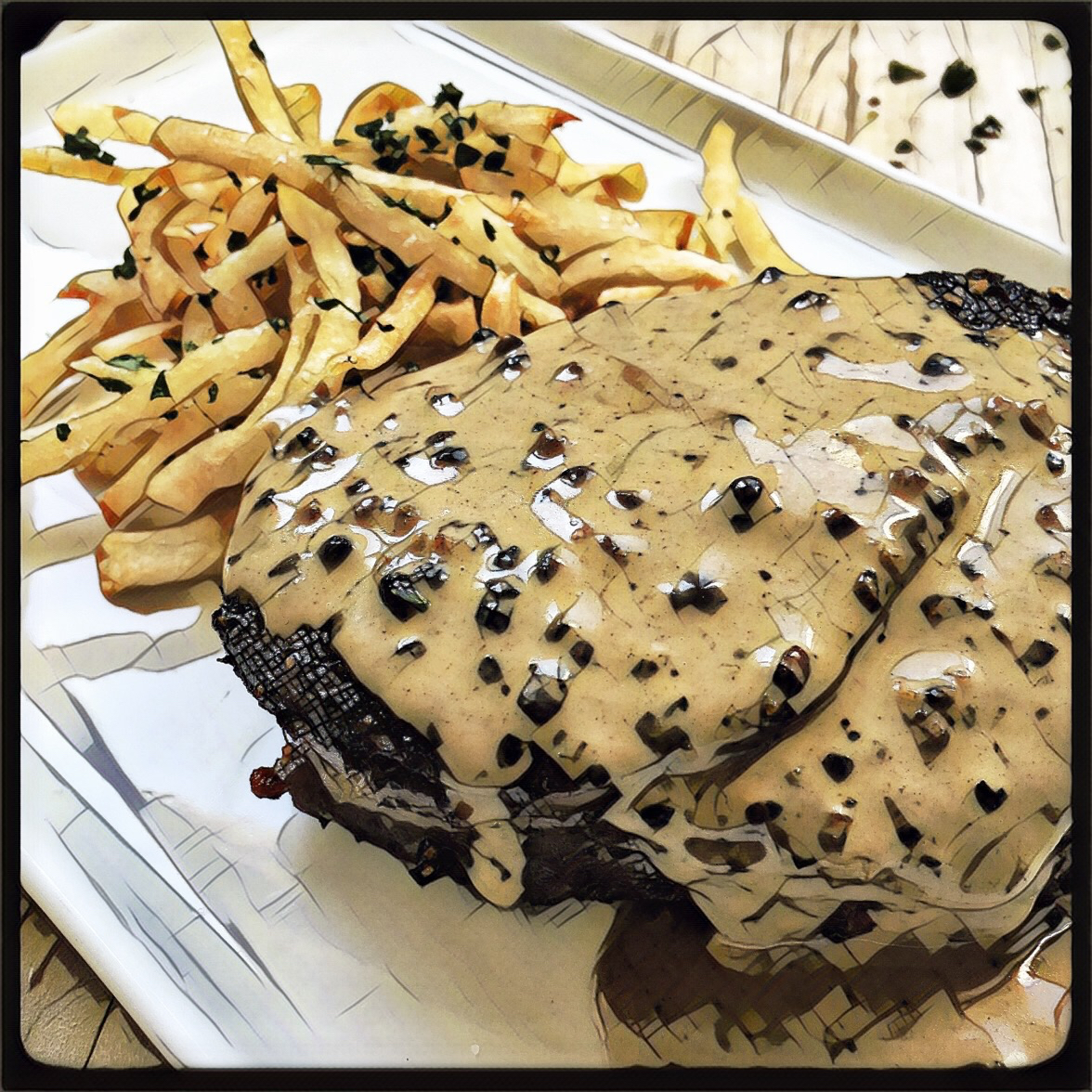 Now this is what I consider a very approachable recipe. And for those of you who enjoy pepper but harbor deep inside of you a great terror of oversized pepper mills, it may be positively liberating. Modest meat meets Tellicherry zing.

I write about food and am very fond of Edward Gorey. And gin.
View all posts by Michael Procopio →
This entry was posted in Uncategorized and tagged creamy, meat, pepper mill, Rubirosa, sauce, steak au poivre. Bookmark the permalink.

18 Responses to A Question of Size