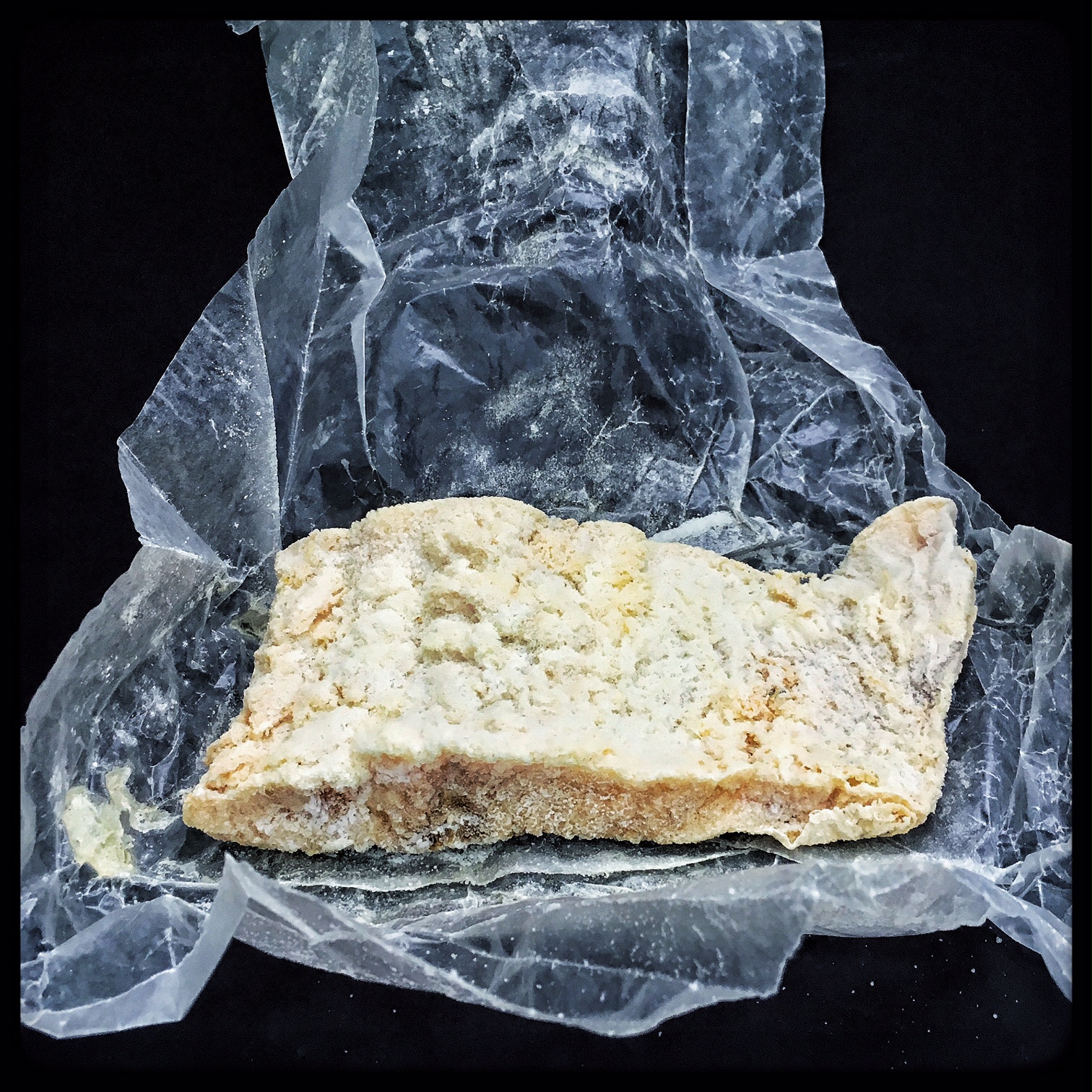 A chunk of dried salt cod had been occupying valuable space on my tiny pantry shelf for months. It was given to me by my friend Craig, whose Azorean  fisherman DNA does not allow him to pass up snatching bits of bacalhau whenever it crosses his path. I thanked him for it, popped it into my messenger bag and promptly forgot about it for a couple of days until I noticed an odor emanating from the bowels of my man purse which brought to mind the neglected terrarium of a hermit crab I briefly kept in the 5th grade. Crystalized salt flaked its way through the gaps in its waxed paper wrapping and settled on the bottom, which looked very much the way the shoulder of a person with an aggressive case of dandruff might after wearing a black wool turtleneck for several hours.

I gave the bag a good airing and myself a good talking to.

I knew precisely what I wanted to make with it: brandade de morue— a mixture of poached salt cod, garlic, olive oil, and potato all whipped together, baked, and served up hot or cold. I also knew precisely how I wanted to prepare it– authentically. I remembered reading something by MFK Fisher about her time living in Marseilles and how she was impressed by the efficiency of the local housewives who, rather than waste time constantly changing the salt cod’s soaking water, placed hunks of it in their toilet tanks so that every time someone spent a penny, their future dinner got a fresh change of water. I tried to find that passage again but couldn’t locate it. And then I thought to myself, “Well, she drank.”

That thought was followed swiftly by another one: “Well, so do I”. Had I just imagined the whole thing? I don’t think I’ve ever suffered from drunken, hallucinatory reading. It had to be true and, damn it, I was going to pull that salt cod of the shelf, drop it in the bottom of my toilet tank, grab a copy of The New Yorker, and get down to the business of preparing dinner.

My enthusiasm for using “the necessary” as a handy kitchen tool was dampened over a rather wet lunch with my friend Mei, a fellow food writer and memoiriste, who said, “That might be okay for you here in San Francisco, but other places put all kinds of chemicals and shit in the water to keep the pipes from freezing.” She had a good point. She also lives in Dublin, and wouldn’t be trying brandade “à la methode des femmes au foyer Marseillaises” any time soon. I can’t say that I blame her.

Disheartened, I went home and put the small brick of desiccated fish back in its dark, dry goods prison until further notice. That night, I made chicken salad for dinner using tools found in no other room but my kitchen. It was bland substitute my heart could not fully embrace– it still yearned for brandade prepared the lazy Marseilles housewife way.

Months passed, but still I couldn’t bring myself to make the dish. I hadn’t the stomach to plunge the cod into the toilet and hadn’t the cheek to do it the bourgeois injustice of being soaked in freshly-Britta-ed water. So the dried-out ingot of The Grand Banks languished between the honey jar and its permanent sticky ring and box of C&H sugar cubes I refuse to throw away in case I ever got around to drinking absinthe in the proper, Belle Époque fashion.

And then– finally— inspiration visited one morning as I used the smallest room. I could still use my toilet as a prep tool without resorting to using toilet water. If I soaked the cod in water from my kitchen, but set the container on top of the tank, it would serve as a reminder to change the water every time I needed to go. I could have my fish cake and eat it, too, without encouraging my readers to do anything that might cause them to become physically ill. Or that might cause their loved ones to suspect they are mentally ill because they started dropping fish down the back of the shitter and calling it dinner. 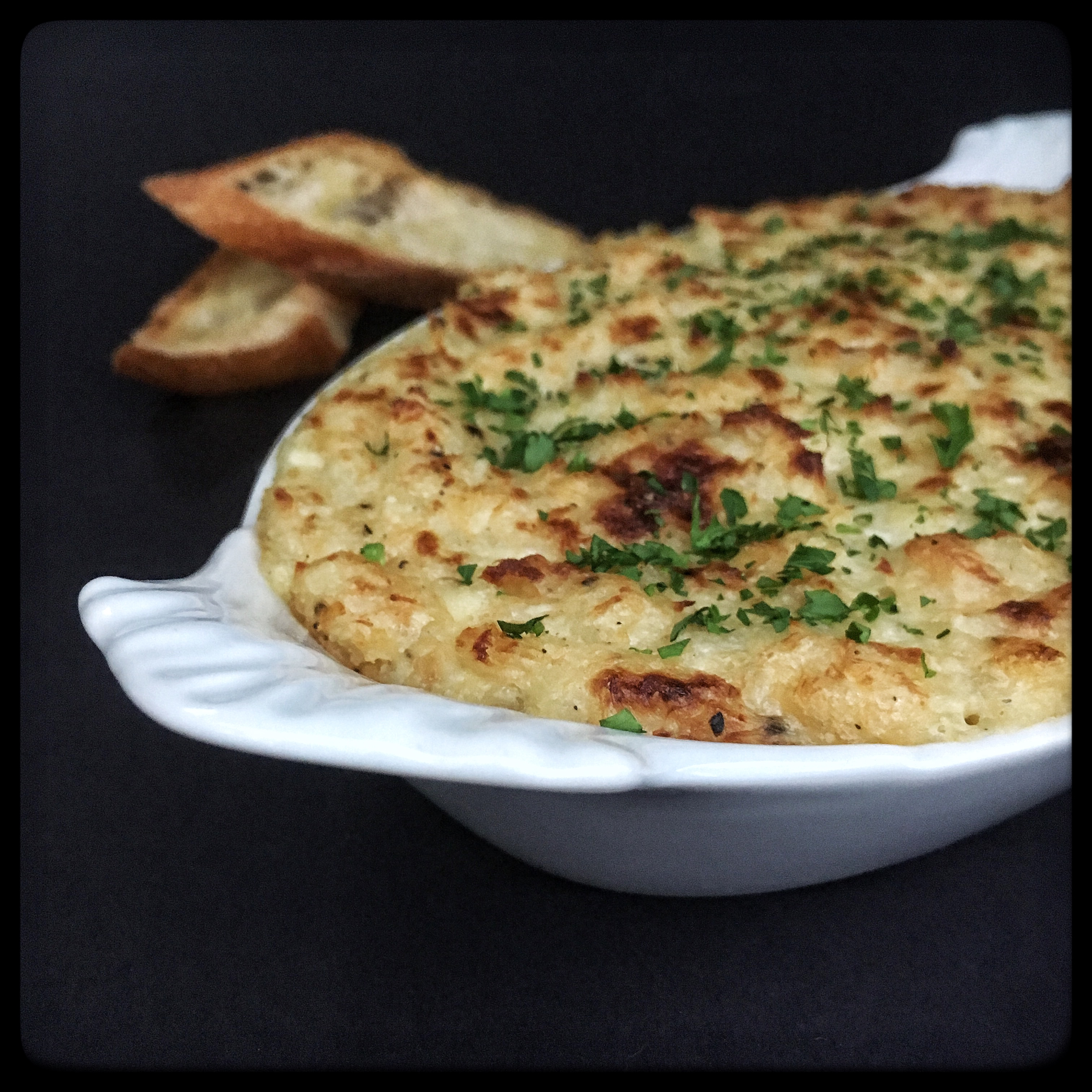 While I maintain that the best and most convenient source for dried salt cod is from a half-Azorean ex-college roommate, my therapist has helped me to understand over the years that what is best for me might not be best for everyone else and that I must learn to make allowances for people whose lives may differ from mine.

For these people, I would suggest looking online for your salt cod. It’s refreshingly easy to find.

The following recipe is merely a guideline. Some people (like me) prefer it mixed with potato, others find this heretical. I found myself smearing a thin layer of goat cheese on my toasts before spooning on the brandade. I sometimes chop up cornichons and sprinkle them over the top. I say do whatever it is you want to do to your brandade. Don’t worry about what the folks of Marseilles might think– people who put their salt cod in the toilet are not typically the type of people who are going to care too deeply what you do with yours.

The recipe I use is largely based on one from SeriousEats. With a few changes.

Serves 4 people as a sociable appetizer or 1 shut-in who will leave it on the counter uncovered and eat it all over the course of two days.

• ½ pound of dried salt cod
• 1 medium-sized russet potato.
• Fresh thyme sprigs (3 is probably sufficient, but I like to use more)
• Bay leaf, if you’ve got them.
• 3 or 4 whole cloves of peeled garlic
• 2 cloves of minced garlic
• About 1/2 cup of olive oil
• About ¼ cup heavy cream
• A few squeezes of fresh lemon juice
•Salt and pepper to taste.
• Finely chopped parsley for garnish. Or cornichons or Rice Krispies or whatever.

I write about food and am very fond of Edward Gorey. And gin.
View all posts by Michael Procopio →
This entry was posted in Uncategorized and tagged bathroom cuisine, brandade de morue, Marseilles, salt cod, toilets. Bookmark the permalink.