I haven’t been thinking about food much for the past couple of weeks. In fact, I’ve been actively not thinking about it, which is difficult when one’s job is waxing rapturous about lamb entrails.

While I was putting my shirt back on after being gently poked and prodded, Mark, my nurse practitioner asked me a few questions and then told me he was putting me on what he referred to as the “BRAT” diet. He asked me if I knew what that was.

“I assume it’s an acronym for something” I said, “And by ‘something’, I’m going to guess it isn’t bourbon, rye, absinthe, and tequila.” I was correct.

“It actually stands for banana, rice, applesauce, and toast,” was his disheartening reply. “It’s bland, I know, but they’re all easily digestible. I’m going to put you on that and some antibiotics for a few days. Oh, and no dairy or alcohol for the time being, alright?”

Well, it was nice to know that the pain in my side wasn’t from a bursting appendix. When I first started experiencing the discomfort, I had to examine a children’s map of the human organs to find out where everything was situated. It was comforting to realize from the diagram that my liver wasn’t at risk, but embarrassing to realize that I had no previous knowledge as to precisely where that organ resides inside my body. So high up!

When I returned from the doctor’s office, I mentioned my new diet on Facebook and received a concerned note from a friend that perhaps I should eliminate the toast from my already meagre menu, just in case my trouble could be Celiac’s disease.

It was great to know that my friends should care to worry about me, but telling that my chiefest concern was that, if bereft of one quarter of my allowable diet, I would be left with only a BRA.

Anyway, not to worry. I’m doing just fine. In fact, it was good to slow down, cut out the cheese and the martinis, and really take stock of what I normally put into my body. But it did leave me feeling as bland as my current diet. And although I like to think of myself as easy to swallow, I don’t think I am meant to be easily digestible. I would say you could take that with a grain of salt, but my doctor would probably say that I need to watch the sodium, too, while I’m at it.

So my stomach, which I’ve always thought of as made of cast iron, is having to be re-seasoned. But it’ll be back to fighting form soon. As will this blog.

Just as soon as I start looking forward to eating again.

I recently modified the BRAT diet, substituting the rice for a glass of rosé. I and my stomach both did brilliantly. Please wish me luck this weekend when I will attempt to drink a mint julep in Brooklyn.

In the meantime, I will leave you with a photo of banana, rice, and applesauce sandwiched between two toasted pieces of white bread. Because, dear reader, I know you would wish to suffer along with me. 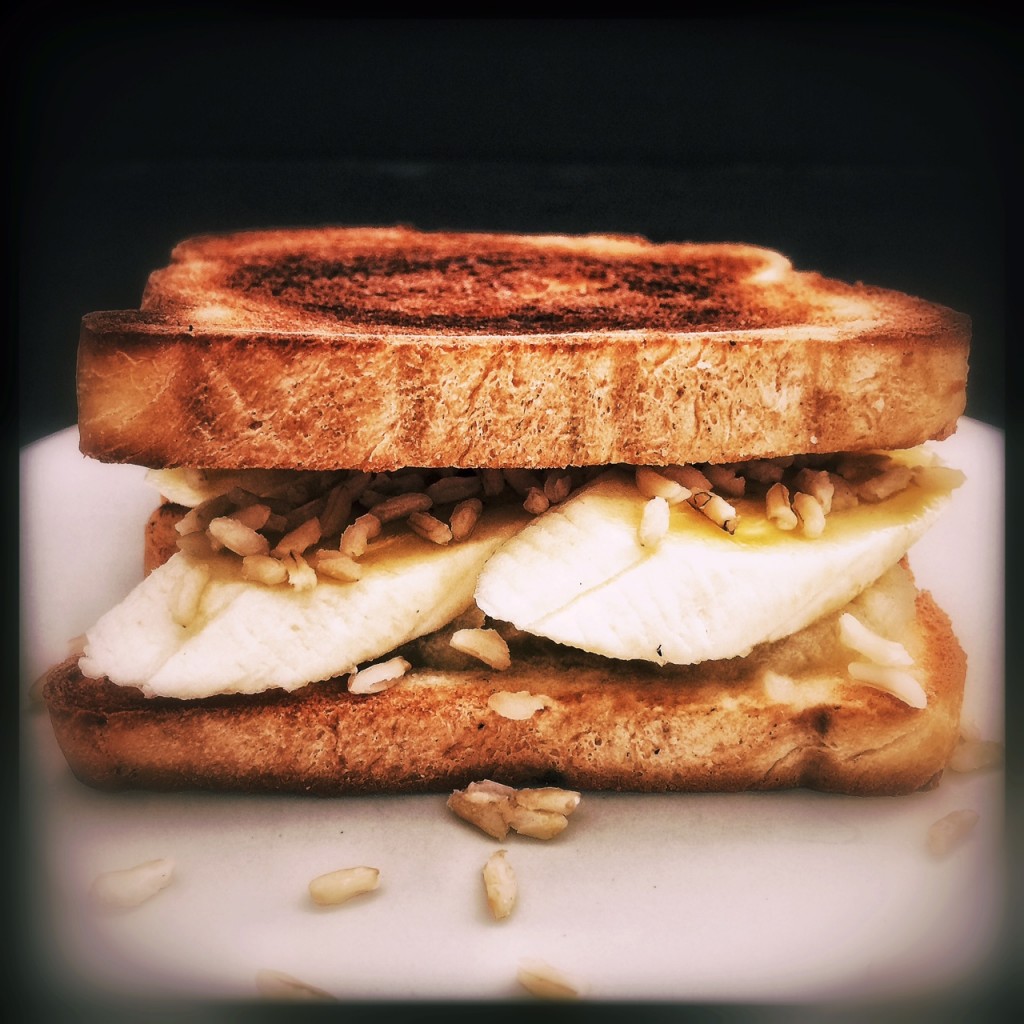 I write about food and am very fond of Edward Gorey. And gin.
View all posts by Michael Procopio →
This entry was posted in Rants and Stories and tagged BRAT, dieting. Bookmark the permalink.