Posted on February 10, 2016 by Michael Procopio 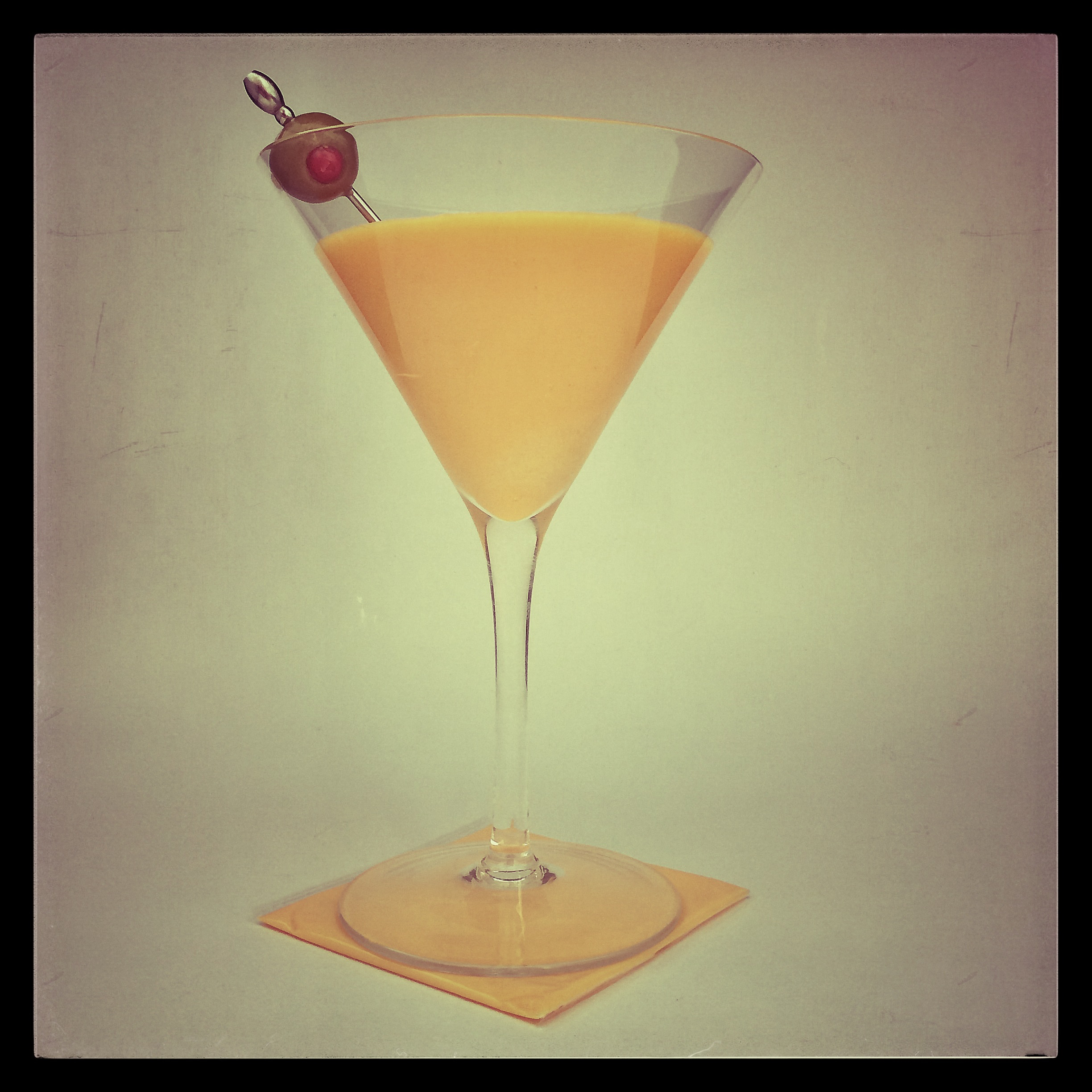 It all started rather innocently, as terrible things often do. A man and a woman were freshly seated at one of my tables at the restaurant on a busy Thursday night. I greeted them as I greet everyone– with a warm smile and two simple questions: 1.) “Is ice water fine for the table?” and 2.) “Would you care for something else to drink right away or would you rather just settle in for a little bit?”

They opted for settling in, so I told them I’d keep an eye out and check back in a couple of minutes.

When I returned, the lady requested a Manhattan. The gentleman said he needed a little more time to think. I sent her order to the bartender and returned shortly to the table with her alcoholic refreshment unspilled and glistening and tarted up with three Morello cherries, stabbed through their hearts with a wooden toothpick like a stack of embryonic vampires preserved in bourbon and sweet vermouth.

The man, still drinkless, couldn’t make up his mind. I asked if he would rather think about food first and get to the drinking part later. No, he insisted that he really needed a beverage. The woman, whose relationship to her dining partner was clearly not burdened by feelings of romance, rolled her eyes and took a sip of her own, quickly-arrived-at libation. “Just give me a few more minutes,” he said.

I told him I’d be back in 45. I wasn’t serious, of course, but hoped it would light a small fire under his ass– the part of his anatomy I was beginning to suspect was the command center for all his decision-making processes. It didn’t.

When I returned about five minutes later, he declared rather proudly that he’d finally made a decision. “You know what I’d like?’ he asked in what I hoped was a rhetorical manner, “I’d like one of your delicious craft cocktails.”

“I almost hate to tell you this,” I replied, “but we don’t have any craft cocktails, delicious or otherwise.” He seemed shocked by my announcement and demanded to know why a restaurant of our calibre didn’t have a menu of elaborate specialty drinks.

Instead of walking him over to the bar in the other room where he could see two bartenders buried three-deep in thirsty guests jockeying for bar stools and cocktails while having to simultaneously take care of the liquid needs of 170 others seated in multiple dining rooms and ask him if he really thought it would be a good idea for them to be taking that extra bit of time out to fiddle with tinctures, mustache wax, and flaming orange peels,  I simply replied:

“Well, we’re a Greek restaurant. There’s really only so much you can do with ouzo.”

I wanted to tell him of the alarming ouzo-based cocktails one of our former bartenders came up with. Like the Santorini Sunrise, a mixture of ouzo, orange juice and grenadine. Or far worse, a concoction of gastrointestinal menace he proudly called the T.O.A.D. which was equal parts tequila, ouzo, amaretto, and Drambuie. But I didn’t. I had other people at other tables who deserved my attention.

When I came back the fourth time, I decided not to even mention drinks, thinking the subject might be too painful for all involved, but he had to bring it up again. “I think I want something with bourbon,” he announced,” but something interesting. I don’t want a manhattan. I don’t like juice in my drinks, but it has to be delicious.”

“Wonderful,” I said as though I was almost proud of him for making such an important breakthrough, “I’ve got just the thing.” And two minutes later, I returned with a fucking old fashioned.

His long-suffering dining companion lifted her nearly empty glass to his said, “Well that only took half an hour,” and ordered a second drink. As I walked away, I heard her continue, “God, no wonder you’re still single, David.”

It was at that precise moment when the idea formed. The recollection of Roberto the bartender’s awful drink recipes, the man’s disappointment in our lack of a craft cocktail menu, and his friend’s comment about him being single congealed into one dubious concept: The Kraft Singles Bar. It’s been on my mind ever since.

And, because I seem to be one of the few remaining food bloggers not working with a brand, I think this might be my one chance to earn some big money and name recognition.

It is my dream to create a safe place where people with as little sense as David would feel welcome to meet like-minded, middle-aged people while sipping drinks specifically tailored to the lonely and bereft of taste. And all underwritten by the Kraft Family of Fine Foods.

Here is a sample selection of what they might have to offer:

If you’re the type of person who thinks “I want a drink, but I also want dinner yet don’t want to be forced into making a decision”, then this is the drink for you.

To make, gently heat two ounces of your favorite, small batch gin in a small saucepan. Whisk in one packet of Kraft Thick n’ Creamy Macaroni and Cheese flavoring until fully dissolved. Pour contents into an elegantly shaped martini glass and refrigerate until completely chilled/clotted. Discard pasta. You do not need the extra carbs.

Garnish with an olive, serve with a spoon. 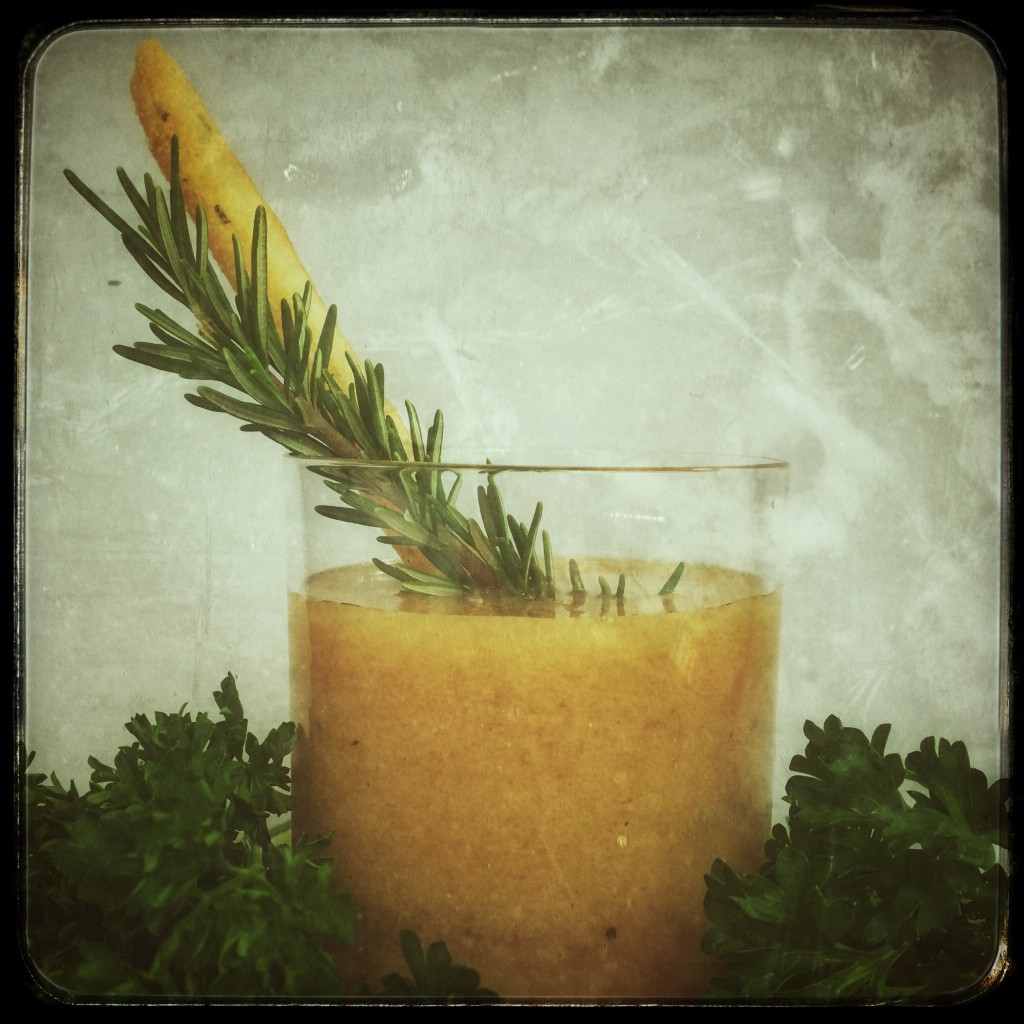 Forget fruit and vinegar syrups. At the Kraft Singles Bar, we prefer oil and vinegar syrups. Mix equal parts of our delicious blend of herbs, spices, and Polysorbate 60 with your favorite vodka and pour over ice. Put some zing in your otherwise humdrum life with this zippy little number.

Garnish with grissini, rosemary sprigs, and/or whatever else you can fit into the glass and consume without unintentionally blinding yourself.

Editor’s Note: This drink is not only an excellent internal lubricant, but helps promote shiny skin and hair if spilled in sufficient amounts. 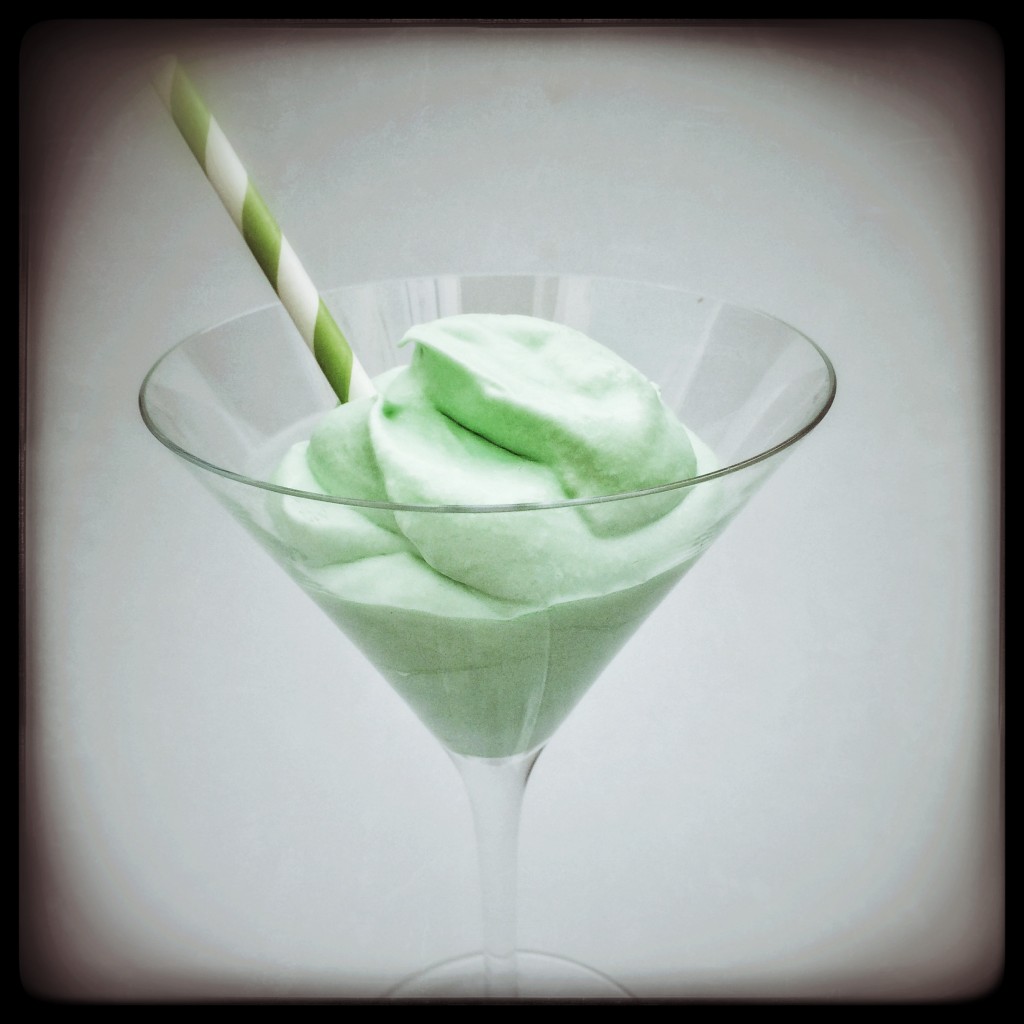 The Kraft Singles Bar is proud to serve holiday themed cocktails– especially when the holidays in question promote unbridled alcohol consumption. Although you won’t find us serving I Can’t Believe It’s Not Hot Buttered Rum for Christmas, thanks to copyright infringement issues (Thanks, Unilever), you will find us serving one of our most popular and fun beverages for St. Patrick’s Day, The Puffy Irishman.

All you need is 1/4 cup of heavy cream whipped to a soft peak, fold in 1/2 jar (3.5 ounces) of Kraft Jet-Puffed Marshmallow Creme, stir in 2 ounces of your favorite Irish whiskey, a drop or two of green food coloring, and a soupçon of self-loathing to make this bright, festive, unflattering racial stereotype-promoting holiday treat. 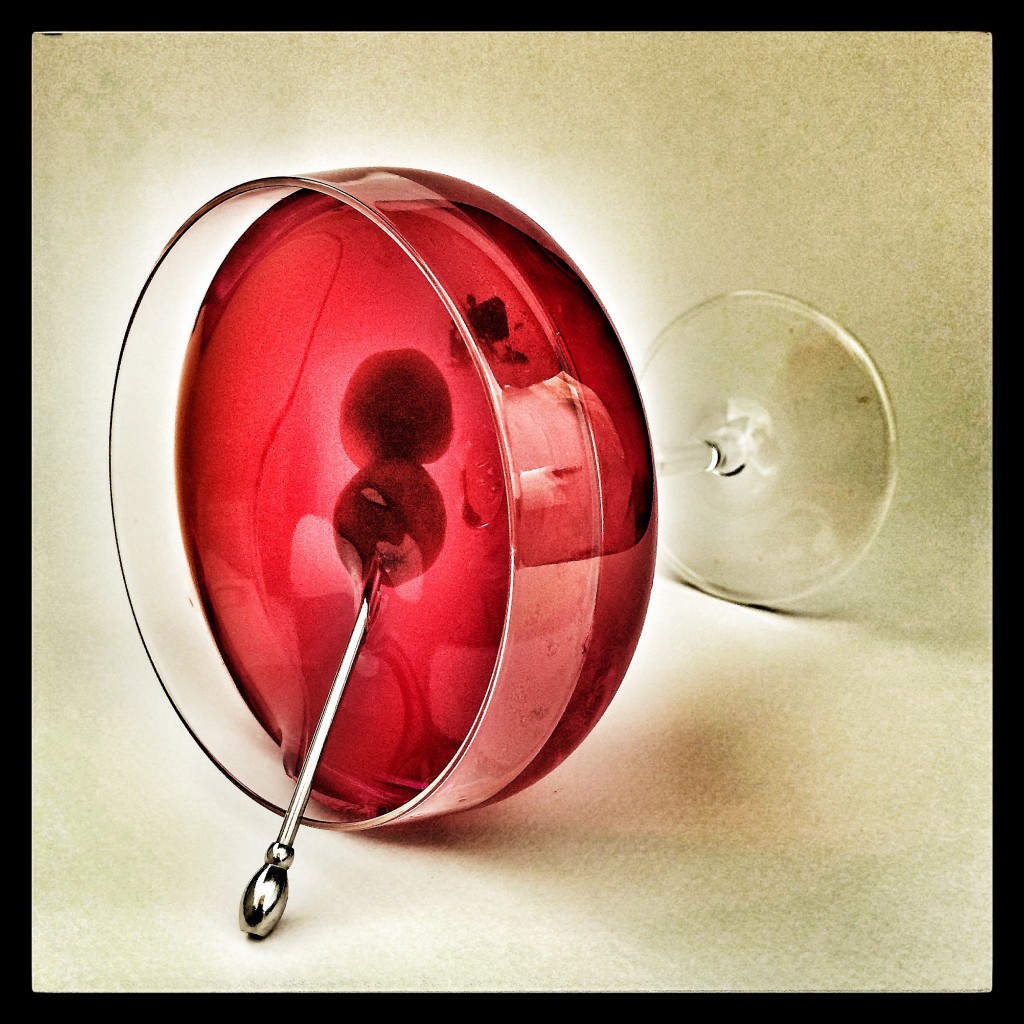 On a final note, the Kraft Singles Bar does its utmost to promote responsible drinking (except on St. Patrick’s Day). When your guests have had too much to drink, but insist on “one more for the road”, what can you do? You want to be a good host. You want to balance giving your guests what they want with concern for both their safety and your furniture. When we feel our guests are “in their cups” but still want more, we proudly serve them our Parting Shot cocktail, which is conveniently undrinkable and unspillable.

Simply dissolve one 6 ounce packet of Cherry Flavored Jell-O (a proud member of the Kraft Family) in 1 cup of boiling water in a large bowl. Add 1 cup of white rum (or your favorite clear spirit) and 2 cups of ice water. Stir until ice is melted and pour into cocktail glasses (not the nice ones). Place them in your refrigerator to chill until the need for them arises. Serve to belligerent guests who won’t take “no” for an answer. Keep guests under close observation. Watch for signs of inevitable confusion, which is the right moment to take away their car keys and call them a cab.

Editor’s Note: Unless your guests have discovered they can simply scoop out the contents of the glass with their fingers and eat it, these cocktails are totally reusable.

If you have further ideas for drinks you’d like to see at the Kraft Singles Bar, please contact us! We (and people like David) look forward to seeing you there.

I write about food and am very fond of Edward Gorey. And gin.
View all posts by Michael Procopio →
This entry was posted in Liquids, Rants and Stories and tagged bad ideas, cocktails, Kraft Kocktails, Kraft Singles Bar. Bookmark the permalink.

16 Responses to The Kraft Singles Bar