Posted on January 7, 2016 by Michael Procopio 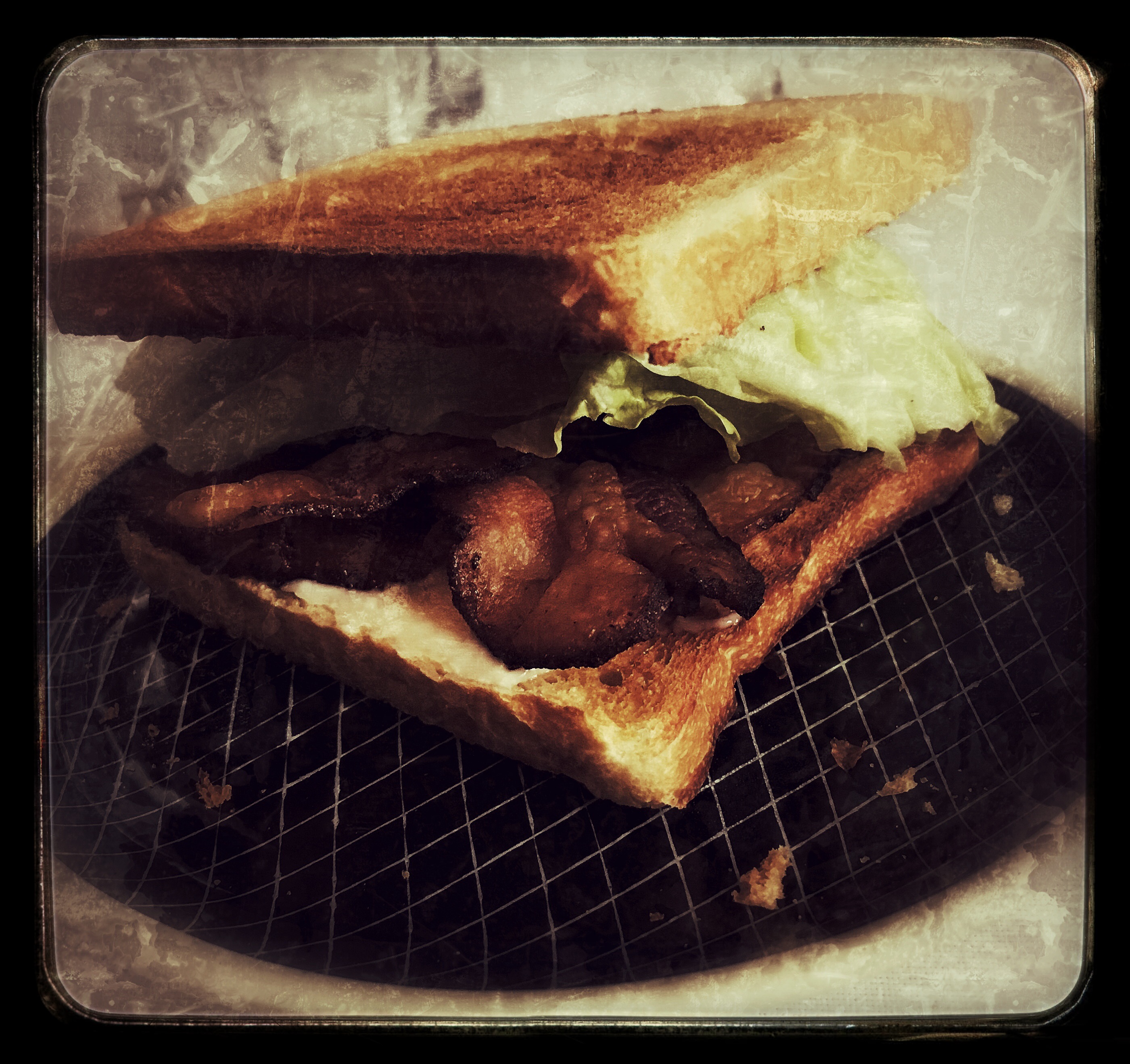 I’ve never been a big fan of New Year’s Eve. It’s hard for me to get excited over cheap hats, $150 prix fixe menus, and drunk blonde women walking the streets at 3am barefoot because they can no longer manage to balance themselves atop their stilettos.

But New Year’s Day is another story all together. I enjoy waking early to enjoy the strange quietness of the city while last evening’s noise makers sleep it off.

Perhaps I love New Year’s Day because it’s the first day of another year entirely. Fresh calendar. Fresh start. Fresh underpants. Fresh everything. I don’t believe in the magic powers of the New Year’s Baby, but there is a remarkable sort of placebo effect to the whole business, which still manages to work on me despite the fact that I know that time and Pope Gregory XIII’s calendar have handed me a giant sugar pill. I swallow it gladly every January 1st without the aid of water. Because champagne is infinitely more preferable in helping this particular medicine go down.

For the past few years, my friends Sean and Paul host what they call “NYD BLT”– a New Year’s Day Bacon, Lettuce, and Tomato party. The sole price of admission is a bottle of bubbly. It is an extremely fair exchange of goods, considering the fact that you are then allowed to consume as much home-cured Chinese Five Spice bacon, hand-made tomato jam, and freshly baked Pullman loaves as you dare.

I’d decided to turned down all party invitations in December, because rooms filled with people filled with Christmas cheer seem downright terrifying when one is in mourning. But a top floor flat filled with daylight and people I know drinking sparkling wine and eating sandwiches feels like a safe place to be when one is finally tired of self-imposed seclusion.

Everything was more or less the same as it was in years past– the seating arrangements, the sandwich assembly line in the kitchen, the guests, the little bottle of poppy seed liqueur on the drinks table. But something seemed markedly different to me, even though it was exactly the same as it had always been– the bacon. 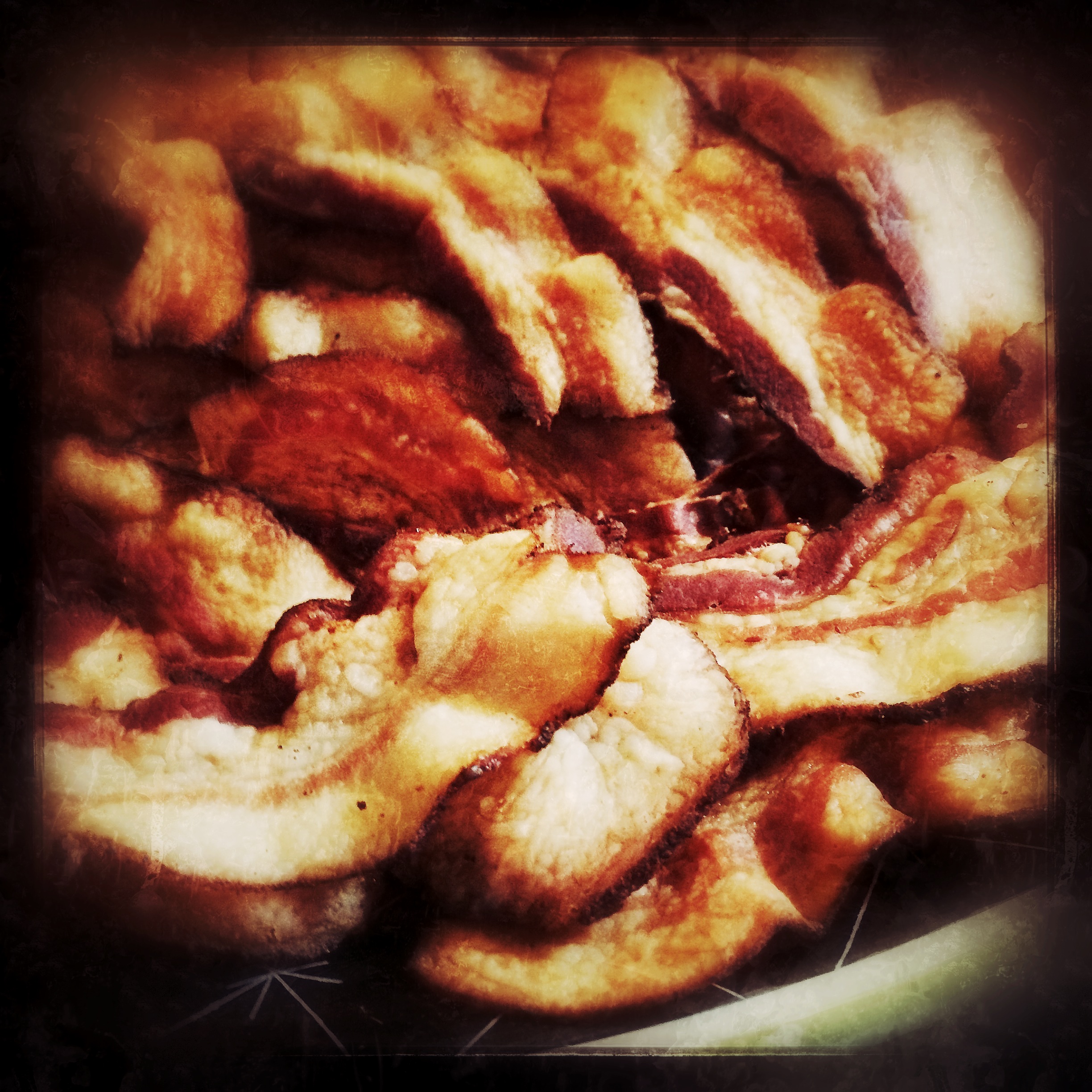 Or rather, my perception of it. As I stood in line in the kitchen waiting for my bread to toast, my attention went directly to the platter of cured, sliced, streaky, crispy pork belly that was just out of my reach. I was reminded how, only a month earlier, I saw bacon in terms of grief and loss, but on the first afternoon of the year, it was the star attraction of a party celebrating hope and bright futures and new beginnings. It felt weird– as though I were about to betray my own mother by eating a bacon, lettuce, and tomato sandwich. On the other hand, it also felt completely natural, like I was ready for a little happiness bacon. Or, as the Germans might call it, Glückspeck. Might, I say, because I think I just made that word up.

I finished my first glass of champagne and decided I was far too hungry and in no mood to feel conflicted about eating a BLT. It gets a bit tiring burdening ingredients with so much meaning all the time. For two minutes, I allowed myself to become one of those annoying people who photograph their food before eating it, then I poured myself another glass of bubbly, and went to town on the sandwich. It felt good going down– not like betrayal in the slightest. The second one tasted even better, washed down by a third glass of champagne. Or whatever fizzy lifting drink we’d moved on to by then.

It felt strangely liberating eating the happiness bacon, though I didn’t share that with anyone in the room at the time. Instead, I felt free to talk about other important things with my friends. Things like the proper way to pronounce “caulk”, why I have a deep fondness for Mel Brooks, and where on earth did all those severed feet come from that washed up on the British Columbian coast line a few years ago? It was lovely to spend the afternoon among people who all seemed to share my happy buzz and when I’d had my fill, I said my goodbyes–which took an hour to do– and went on my way.

I thought I’d take a little walk to clear my head of all the champagne and bread and bacon. I thought about what I’d like to accomplish this year– losing the 20 pounds that’s crept its way onto my body over the past couple of years, shed my status as a hermit by seeing friends more and seeing a bit more of the world, working on my new book idea that hopefully publishers won’t shoot down this time. And to constantly remind myself that my life doesn’t stop just because someone else’s does, that time doesn’t stand still for anyone, and that maybe I do have a future after all after months of feeling otherwise. I was so wrapped up in my thoughts that I’d hardly noticed that my little walk took me the three and a half miles home. Or that I was a little sweaty, but completely sober by the time I’d arrived at my front door.

I have absolutely no idea what 2016 will bring for me. It could be completely wonderful or totally awful or, more likely, a combination of the two. But I have to tell you that kicking things off with a trifecta of good friends, champagne, and Glückspeck is one hell of a way to  turn the page of one’s calendar, bacon-greasy fingers and all.

I write about food and am very fond of Edward Gorey. And gin.
View all posts by Michael Procopio →
This entry was posted in Holidays, Meatness, Sandwiches and tagged bacon, BLT, caulk, champagne, glückspeck, new year's day. Bookmark the permalink.