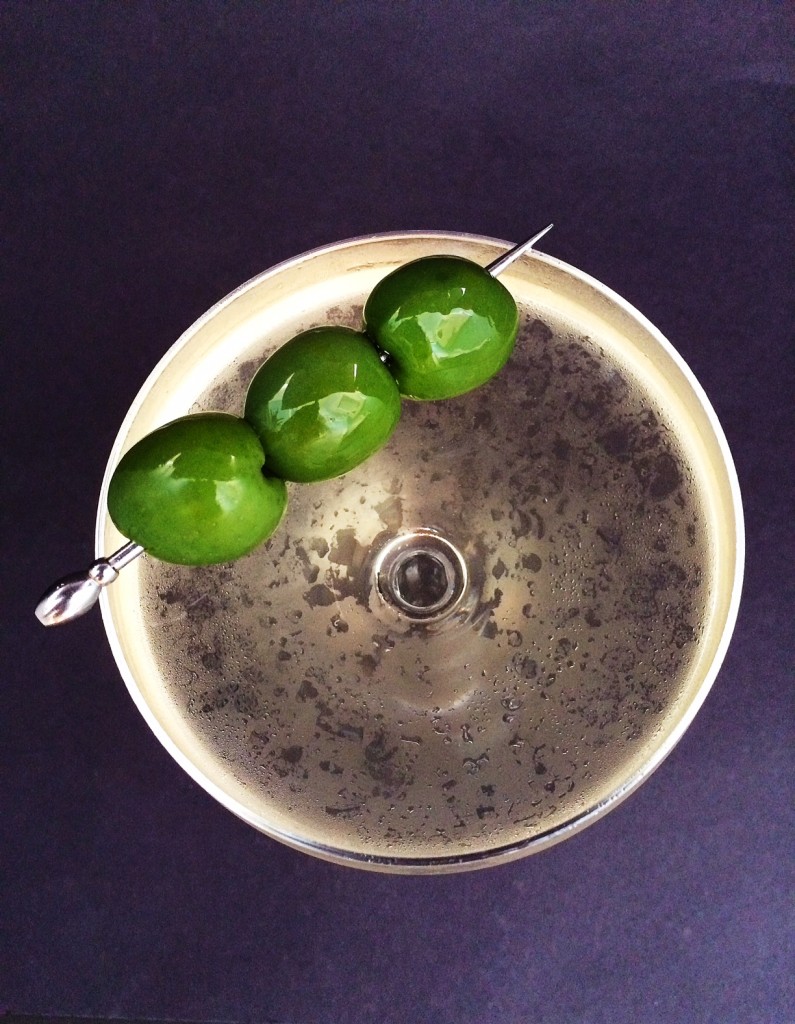 In my opinion, vodka is the Daniel Day-Lewis of the spirit world. On its own, it’s as neutral and boring as it is strong. And yet it has an almost preternatural ability to absorb the personality of almost anything you can throw at it (or, in this case, in it), which makes it oddly fascinating. And highly drinkable.

I would have said “watchable” to continue the Daniel Day-Lewis metaphor, but the act of watching vodka is as painfully tedious as watching all 160 minutes of Gangs of New York. You could be doing something much better with your life. For example: infusing vodkas with interesting flavors which, with the help of a few friends, an immersion circulator, and a vacuum sealer, will take up the exact same amount of your time.

Like most of you reading this, I have neither an immersion circulator nor a vacuum sealer, but I do have friends. And some of those friends happen to own the above-mentioned equipment to make alcoholic infusions.

A couple of weeks ago, I drove down to my friends Craig and Shannon Rosa’s house with my friends Sean and Paul for the express purpose of making vodka (and cheap brandy) more interesting to drink. We’d played around with infusions in the past with great success– the limoncello and candy cap mushroom-infused brandy were big hits. It gave me the idea that one could put pretty much anything into alcohol, suck out the air, warm it at a constant temperature for a couple of hours and have it be drinkable. So I decided to just go for it. What I ended up with was a sort of three-course Easter meal designed for alcoholics.

It wasn’t intentional– it’s just what happened. But I’m very glad it did because I’m of the mind that people who like to drink their dinner should be allowed to enjoy themselves at the table just as much as those who prefer chewing do.

On any given holiday in my family, there was always a large platter of antipasti available for noshing before we all sat down to dinner– olives, salumi, peppers, etc. A Clean Dirty Martini would make an excellent liquid replacement. By simply throwing a few of your favorite olives into 2 cups of vodka and preparing it the sous vide way, you can have a delightfully clear cocktail that is redolent of Castelventranos rather than a dingy-looking one that tastes of brine and formaldehyde. In a way, it’s a (marginally) healthier alternative to a Dirty Martini. 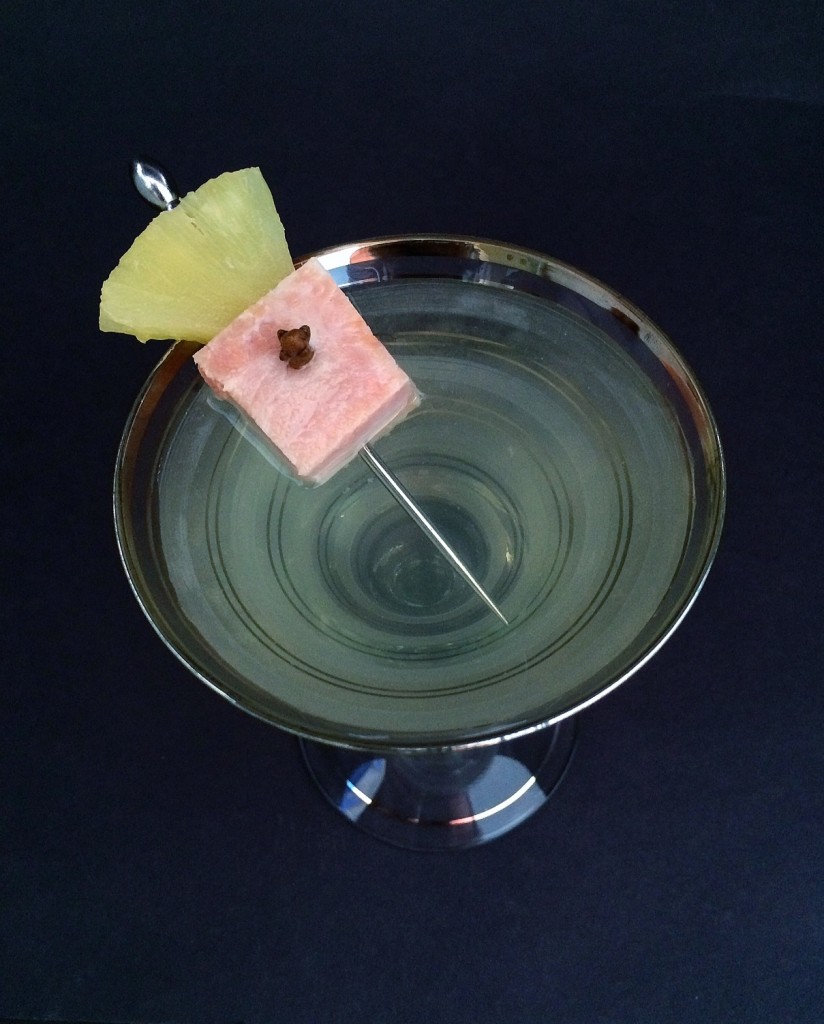 When it’s time to sit down with your loved ones, you can now afford to say a polite “no thank you” to your uncle as he stands at the head of table slicing the Easter ham. Tell him you’ve brought your own this year– in your hip flask. By adding 4 ounces of ham steak, 3 rings of canned pineapple which have been studded with 3 cloves a piece, and 1/2 cup of simple syrup to 1 cup of vodka, you can have a cocktail that tastes alarmingly just like an Easter Ham in about two hours, the immersion cooking way.

Anyone for seconds? Yes, please. But do remind me to perfect my Green Bean Casserole Shooters for next year– even drinkers need a side dish now and then. 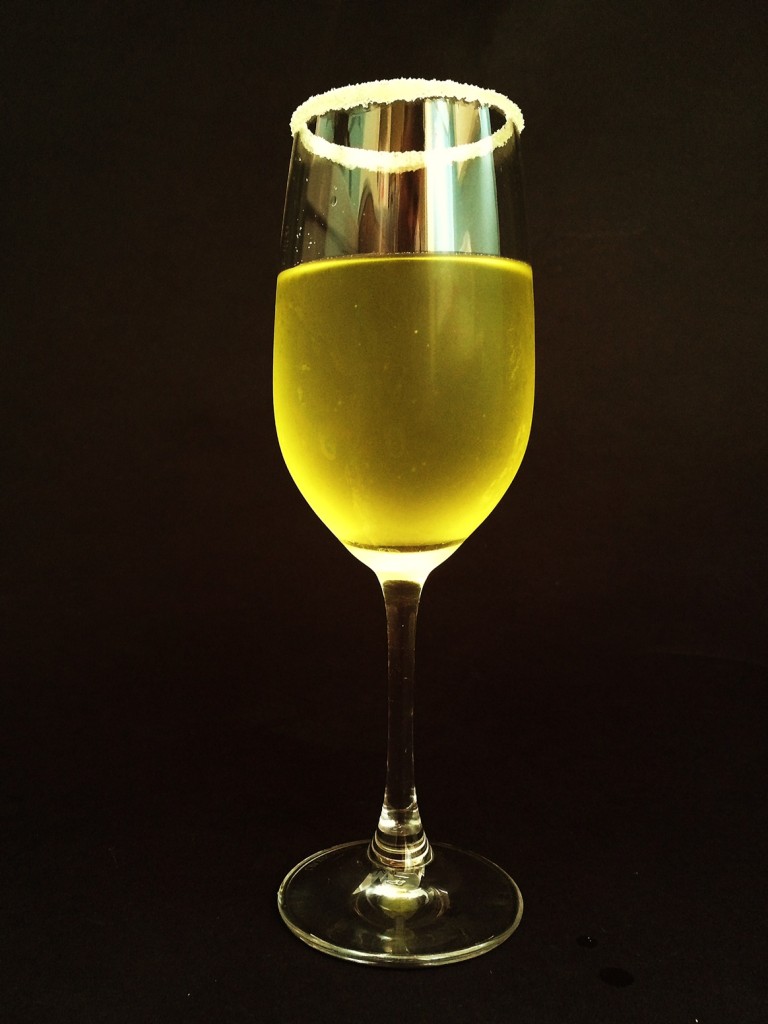 And finally, no holiday meal is complete without a decadent dessert. After the long self-denial of the Lenten Season, a chilled glass of pompelmocello is just the thing to finish of your repast with elegant fluidity and a fine way to toast to Christ’s health, may it be better the second time around.

Pompelmocello, if it’s truly a word, is a grapefruit version of limoncello, but much better, because it doesn’t taste like Lemon Pledge. To make it, follow this recipe from Sean Timberlake*, who bore witness to my other sous vide experiments and didn’t even raise an eyebrow when I told him I wanted to make a smoked kipper liqueur. I really want to do that one next time.

If you do have an immersion circulator and a fondness for alcohol, there is almost nothing beyond your power. Think of all the other festive occasions you could drink your way through. Hot Dog Old Fashioneds and Sauerkraut Shrubs for Independence Day. Pixie Stix Fizzes for Halloween. Gingerbread House Cocktails for Christmas. Princess Cake Daiquiris to help cope with your daughter’s quinceañera.

Just the thought of being able to theme-drink my way through the calendar year makes me positively giddy. The actual doing of it, however, is sure to leave me dazed and infused.

But I’m game, if you are. Especially if you have an immersion circulator I can borrow for a few hours. I’ll bet Daniel Day-Lewis has one. He probably has one of everything. Except Oscars, I mean– he’s got three, which truly speaks to the awesome power of absorption.

*The link is actually to his limoncello recipe, but I have faith that my readers are smart enough to know what needs to be substituted in order to make it grapefruit flavored.

I write about food and am very fond of Edward Gorey. And gin.
View all posts by Michael Procopio →
This entry was posted in Uncategorized and tagged clean dirty martini, cocktails, Easter, Ham and Pineapple cocktail, infusions, pompelmocello. Bookmark the permalink.

18 Responses to Dazed and Infused