From Fork to Farm

Posted on December 21, 2014 by Michael Procopio 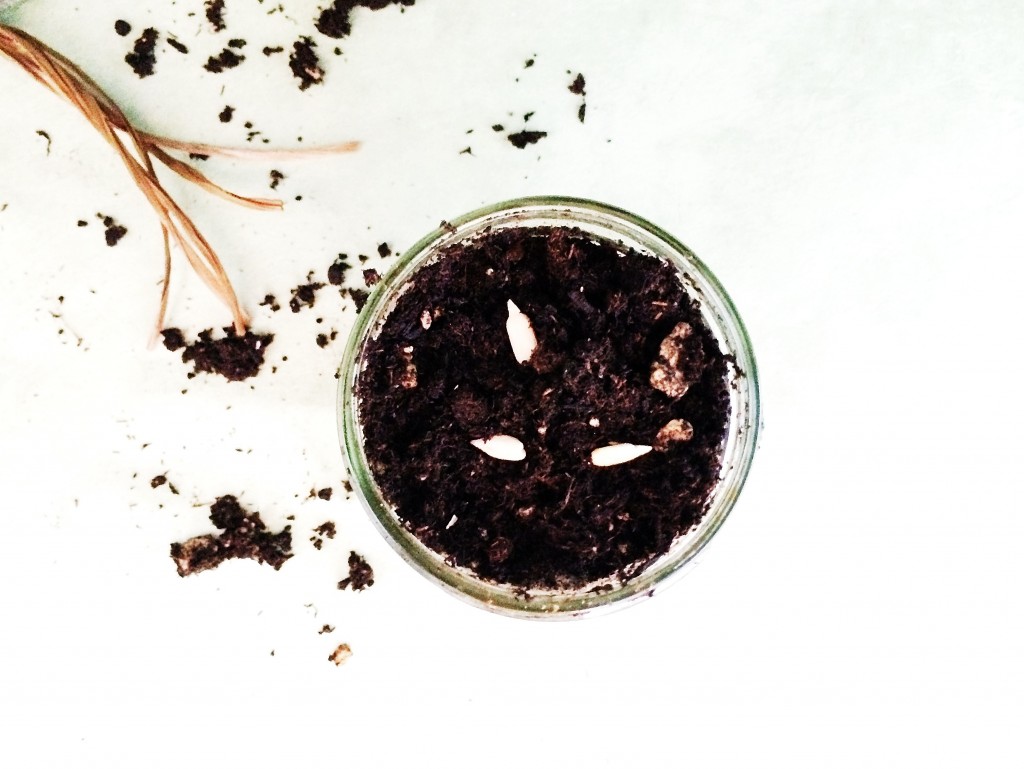 The Farm to Fork movement has made news in recent years, raising consumer consciousness about sustainability and where our dinner comes from. Many consumers of locally sourced, organic foods take pride in developing relationships with the farmers who grow their apples, spinach, and lettuces, but there is an expanding population of food enthusiasts who want to take this relationship to a higher, more intimate level.

Bottoms is one of a dozen or so urban farmers who is turning the Farm to Fork revolution on its head. As he likes to put it, he and his friends are living a “Fork to Farm” lifestyle. Not only do they grow as much of their own food as possible,  they take pains to create the manure that nourishes it.

It is the ultimate form of recycling.

“I’m very careful about what I put into my body, because I know what comes out of it is so precious,” states Bottoms.

Creating one’s own manure isn’t for the faint of heart. The collection of materials goes far beyond saving bits of egg shell, potato peel, and coffee grounds, as one can imagine. “Gathering the prime material was a bit tricky at first,” Bottoms admits. “I originally tried using a kitchen colander, but my girlfriend refused to eat anything that touched it. And the handles made sitting uncomfortable.” He has now created a catch-all made from non-rusting steel mesh. “You’d never know it was there if you weren’t looking. Now I can create in total comfort.” 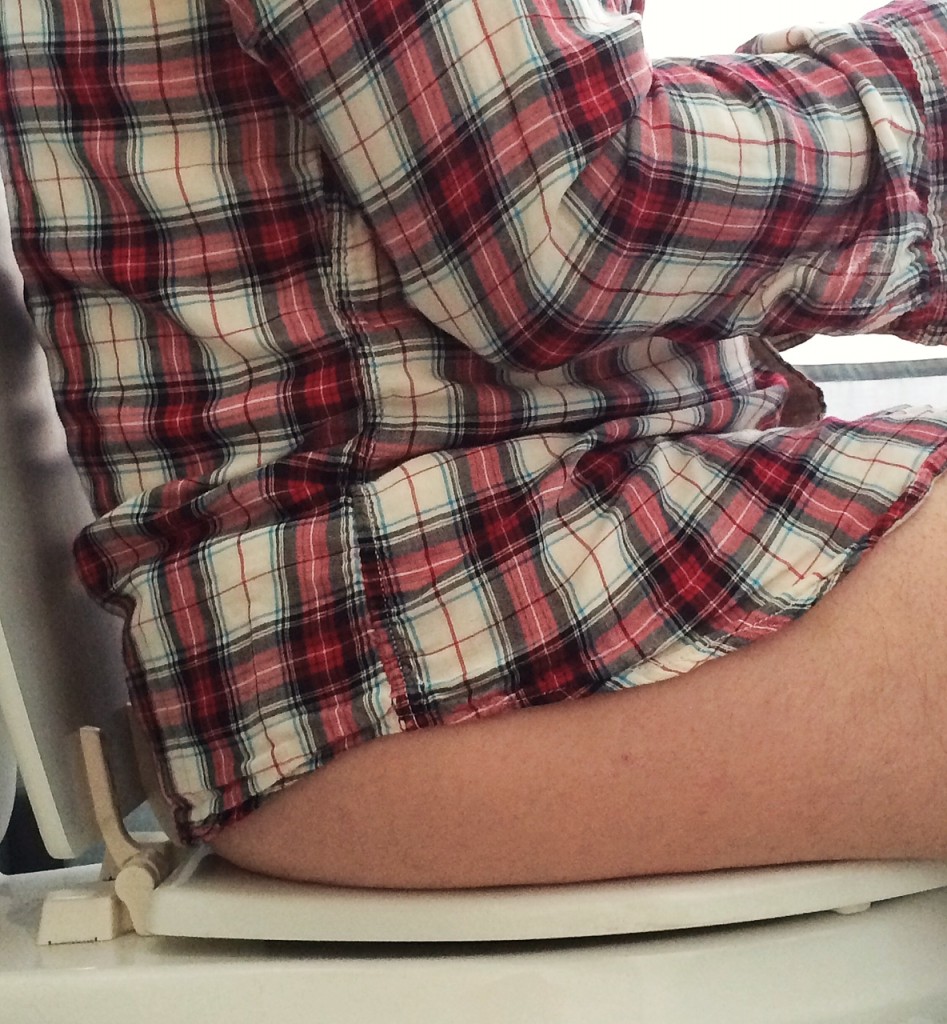 “Late Sunday morning is an ideal time for me to concentrate on my compost,” he added. “Armed with the New York Times and a double shot of Four Barrel Friendo Blendo, I head into the bathroom and get to work. All of it is compostable.”

But in an over-crowded city like San Francisco, space is at a premium.

“All available green space– window boxes, patio, emergency exit landing– are devoted to growing food. There’s simply no place for my composting bin outdoors,” confesses Bottoms. “So I use my roommate’s bathroom. He has anosmia plus he works in tech, so he’s never home. He’s a coder for Google, so it’s not as though he’d ever bring anyone home to smell it. I compost in his shower. It’s the perfect arrangement– although my girlfriend makes me keep the door closed with a bath towel stuffed in the floor gap.”

But it isn’t what comes from Bottoms that stinks, he claims. “I’ve carefully curated my diet over the past several months: carrots, lentils, charcoal pills– I’ve achieved an odorless ideal. I have not smelled a thing in nearly two weeks. I think that’s some kind of record.” He claims that the odor emanating from his bathroom compost heap is from the natural decay of other organic materials, noting that when he uses shredded bits of the San Francisco Chronicle Food Section, the odor is almost unbearable. 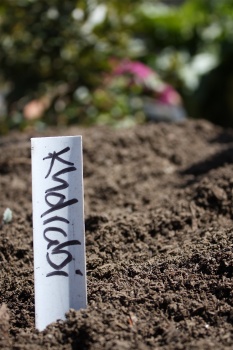 Is the bother of daily collection, of turning and wetting and tending an indoor compost bin worth the trouble? Bottoms thinks so.

“One of the unforeseen benefits of apartment composting is the heat it generates. My gas bill hasn’t been this low in years. And you should see what it did for my kohlrabi– it nearly exploded out of the soil. Although my girlfriend refuses to eat it.”

“Everything about the process of making home-grown compost has been rewarding. My garden’s taken off. I produce almost 50% of the vegetables I consumed this year. I’ve met some amazing people who share my passion for the organic lifestyle. And, most importantly, I’ve gotten to know myself much more intimately than I ever knew was possible.”

Bottoms has been so successful at being a self-composter, he’s admitted to having more of the stuff than he knows what to do with.

“My mother has been especially encouraging. She’s said frequently to anyone who’ll listen that she always knew I had it in me. She’s gone so far as to say I’m simply full of it and she’s absolutely right.”

As a result, Doug Bottoms is giving his locally sourced, artisan compost as Holiday gifts.

“I’m filling everyone’s stocking with it this year! My mail person, yoga instructor, friends, family. Everyone. Except my girlfriend. She says she’s had enough.”

“I am so glad that I can share a bit of myself with the world this Holiday Season,” he added as a final note. “I’ve reached deep within myself this year. I’d like to spread it around and touch as many people with it as I can. There is no better present than the gift of yourself. It’s what I’ve come to think of as the true meaning of Christmas.” 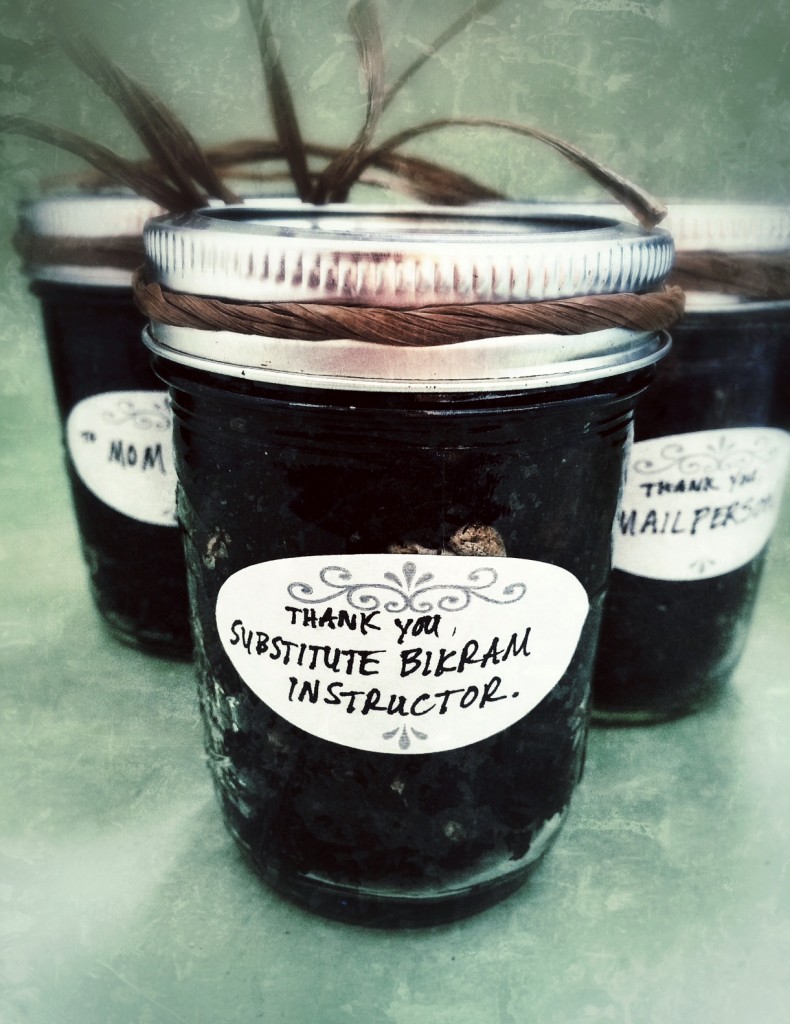 I write about food and am very fond of Edward Gorey. And gin.
View all posts by Michael Procopio →
This entry was posted in Holidays and tagged compost, fork to farm movement, holiday gift idea, manure, urban farming. Bookmark the permalink.

22 Responses to From Fork to Farm