Posted on September 10, 2014 by Michael Procopio 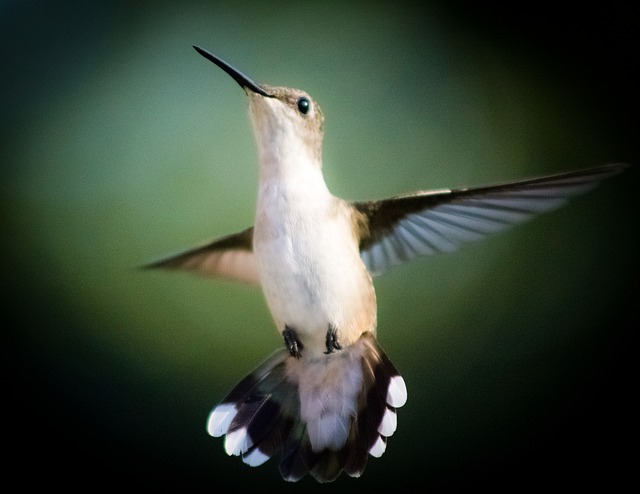 I’m not certain if my sister simply has a thing for animals, or if they have a thing for her. Whatever the case, the feeling seems to be exceptionally mutual. More than one animal has wandered onto our property and refused to budge. And I’m certain Lori had something to do with their permanent loitering.

Any dog that was deemed mine (or any one else’s) ultimately became hers. She didn’t bribe them with extra food or give them any extra attention– it was just a simple, animal preference. Creatures just gravitate to her sphere. Trying to get a dog to sleep with me became an exercise in futility. They would humor me by allowing a few minutes of cuddling, then invariably tire of it, hop off the bed, and beg me to open my door so that they might be allowed to get some peace and quiet in my sister’s room.

Even her rat adored her. Whereas mine seemed eternally annoyed with me as I tried to get it to speak or find its way through a Lincoln Log maze, Lori’s would insist upon showering with her, jumping at the shower curtain until she finally managed to slide down the porcelain and bathe at my sister’s feet. 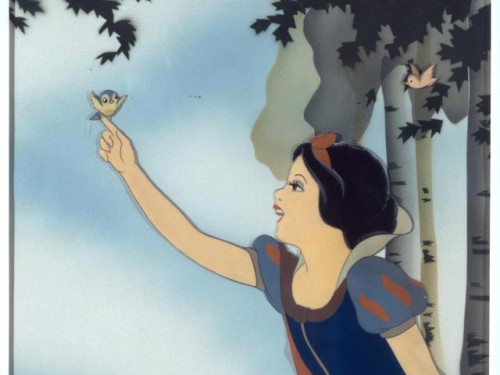 Her powers are positively weird. I swear I once saw a bird land on her finger, as if she were a slightly butch Snow White. Or a slightly femme St. Francis of Assisi, I haven’t decided which.

Her passions have always run to the animal, rather than the human. There was a brief flirtation with horses, like many little girls have, which included a stint at equestrian camp. But maintaining a pony is a very expensive prospect, no matter how much fun they are to brush and put make-up on. She moved on.

For brief while, we kept hamsters, which were difficult to develop any true affection for, thanks to their depressing (or blessed) habit of dying abruptly. My brother wisely refused to become emotionally attached to them, naming each one in succession “Samantha” so that, every time one was found expired under a pile of cedar shavings in the Habitrail, a new one could be obtained the same day and we could all pretend that nothing at all had happened. Not even my sister could do anything about extending their life spans. Soon afterwards, she proclaimed that rats were much nicer and smarter than our current rodents-of-choice and the House of Hamsters died out with Samantha V or VI. Or VII. We lost count. And interest. 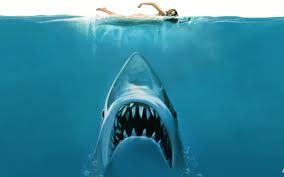 In 1975, she became obsessed with Great White Sharks, thanks to a certain film, which fueled my nightmares but seemed to fill her dreams. Owning one was out of the question. Not so much because we had no place for a Great White, but because she understood that they tend to die in captivity and therefore would not be happy in a suburban Orange County swimming pool. Which we didn’t have, so there would be the added burden of convincing our bachelor neighbor to keep one in his, which would have been difficult. He liked to swim in the nude. So she contented herself by mounting shark jaws on her wall, wearing a shark tooth pendant, and painting them to decorate her walls, her Pee-Chee folders, and her Easter eggs. Had she ever met a shark in its own habitat, I am fairly certain it would never attack, but rather, ask for a cuddle.

Her obsession with these apex predators ended suddenly in the Summer of 1977, when the film Star Wars altered her life forever, but that’s another story entirely. 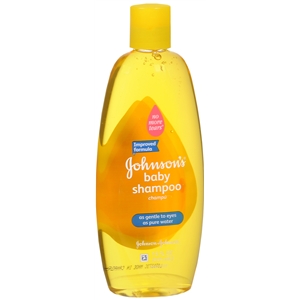 In terms of animal cruelty, she has always been decidedly against it. When I was three, Lori branded me a murderer when she discovered me poking at our lifeless goldfish as it floated atop its clouded, foamy water. I’d decided it looked hungry and fed it Lucky Charms, which it seemed rather pleased about. It was when I added milk that things began to go wrong. Trying to clean up my mess by adding a capful of Johnson & Johnson Baby Shampoo more or less sealed its fate.

Today, her tastes fly toward the avian. On a recent visit home, as we stood in our back yard one afternoon, she pointed out every bird in the sky, describing each species as they perched or flew overhead. And, like any back yard gossip, she proceeded to tell me about all the bird goings-on in the neighborhood. Who fights with whom, who’s having babies, who just got a satellite dish. But there is a particular family of bird she seems to care more about than any other : the one of the humming variety, Trochilidae. And, of course, she’d be the first to correct me by saying that hummingbirds don’t hum. And she would be right, as usual. She’s always right about such things.

Her hummingbird feeder, after months of trail and error, has found its ideal home on a small branch of the avocado tree which hangs over from our neighbor’s fence. She feels its location provides enough shade, protection, and privacy for them to feed in peace. The hummingbirds, which she seems to know individually, all appear to agree. So much so that two of them decided to make their nests there this year.

She showed me one of them. When she pointed out the bits of broken egg shell hanging off the side, she assured me that nothing bad had happened, but rather that the baby had recently hatched.

She’s spent so much time observing these creatures that she knows just about everything that went into the making of these nests: spider webs, grass, dryer lint, dog hair, saliva, feathers. She could even identify the neighborhood dog from which the hair derived. I was impressed, but then she’s always had an eye for detail.

We’re so different, she and I. Creatures flock to her and thrive, whereas I can barely keep a houseplant alive. I’m good at reading people, she’s good at reading animals. I’m cynical and sarcastic, she’s not. At all. Based on her interests, she’s more Dr. Doolittle-meets-Dr. Who. In a way, we balance each other out.

I haven’t the faintest idea how long this current episode of what I like to think of as Lori’s Animal Queendom will last, but I hope there are many more seasons to come. I can’t wait to see what creatures catch her fancy next.

I just hope to God it isn’t leeches. It would be excrementally difficult to come up with an appropriate recipe for them. Although I have to admit the idea of a tres leeches cake is intriguing. 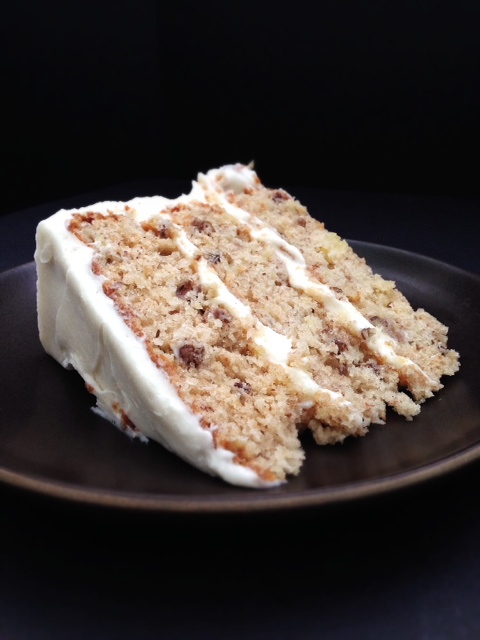 Today, of all things, just happens to be my sister’s birthday, so I decided to bake her a special cake. Sadly, she lives five hundred miles away*, so I had to have other people eat it for her. But I can assure her that it was a very good one.

Terrified at the thought of being left alone in my apartment with a three-layered confection, I sliced it into quarters and gave one hunk to my friend across the street who runs a rather risqué breakfast place. He wound up feeding forkfuls of it to his guests as he sat on their laps. Another big hunk went to my godchildren, who wound up asking for seconds.

So, Lori, rest assured that this cake was damned good. I ate the rest of it myself. I did that for you because my love for you is unselfish. The recipe is from my friend Elise’s site, written Steve-Anna Stephens, which is I name I am very much intrigued by. My cake doesn’t look as pretty as hers does, but that’s because I’m a terrible cake decorator.

And, before you read any further, I just want you to know that no real hummingbirds were harmed in the making of this cake. Or not many, anyway.

Makes one three-layer cake, which can feed a good 15 people or about 22,500 hummingbirds.

Again, I should note that this recipe is adapted from Simply Recipes.

1. Preheat your oven to 350°F. Coat 3 9-inch round cake pans with a thin layer of softened butter, place a 9-inch circle of parchment paper at the bottom of each pan, butter them as well, then dust the buttery pans with flour, shaking off any excess with an upside down tap over the sink.

2. In a large bowl, whisk together all the dry ingredients (except the sugar): flour, salt, baking powder, baking soda, cinnamon, nutmeg, and hummingbird. (Note: If using hummingbird paste, add that to the wet ingredients.)

3. In a separate bowl, whisk together the oil,  sugar, and eggs together until very well combined. Then add the mashed bananas )which give one a heightened sense of well-being if mashed through one’s clean fingers), crushed pineapple (which do not), vanilla extract, and 1 cup of chopped pecans. Stir to integrate. Don’t beat them.

4. Using a wooden spoon, rubber spatula, or other handy spanking tool, fold the wet ingredients into the dry ones, and keep folding until all of the ingredients are just combined. You will regret over-mixing. I don’t know why, but I promise you will.

5. Divide the batter evenly among your three prepared cake pans. I put mine on a digital kitchen scale to ensure evenness. If you don’t have a kitchen scale, you should really think about getting one.

6. Bake for about 25 to 30 minutes on the center rack of your oven, checking on the cakes periodically somewhere after minute #15. Are there hot spots in your oven? Move the cakes around accordingly. They’re done when the sides of the cake begins to pull away from the pan and a toothpick inserted in their centers comes out clean. Remove the cakes from the oven.

7. Let the cakes cool on a wire rack for at least 10 minutes before attempting to remove them from their pans. Run a knife around the edges to loosen. If you’ve done the parchment circle trick, you will have absolutely no problem removing the cakes. If you somehow do have a problem, it’s yours, not mine.

To make the cream cheese frosting:

1. Combine the softened butter and cream cheese in the bowl of an electric mixer until they are thoroughly creamed and pleasantly fluffy. With the mixer on slow speed to avoid a choking, powdery mess in your kitchen, slowly add the powdered sugar. I drape a clean kitchen towel half way over my mixer to minimize the mess even further. When it’s all incorporated, add the vanilla extract and the bourbon, making certain to taste the latter at least two to three times to ensure quality before adding. Beat until the frosting is light and frothy, which is a sign that said frosting is begging you to stop the beating.

2. I’m not telling you how to frost a god damned cake. If you really need help in this department, I suggest you visit the Simply Recipes page for guidance. She has infinitely more patience with such things than I.

*I have the feeling Lori may know the precise mileage between Anaheim and San Francisco and will soon correct me on my error, but I’m used to that– she’s my older sister. And she’s much smarter than I am by a mile**.

I write about food and am very fond of Edward Gorey. And gin.
View all posts by Michael Procopio →
This entry was posted in Uncategorized and tagged animals, hummingbird cake, hummingbirds, pets, sisters. Bookmark the permalink.