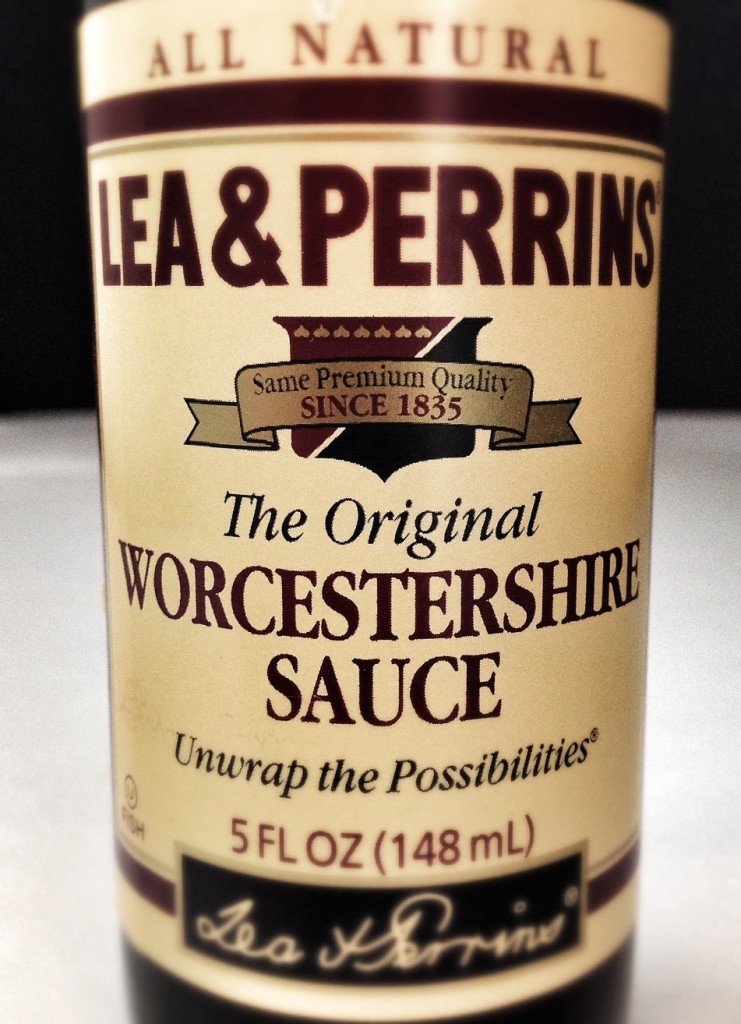 Not in the way you’re probably thinking, although that would be nice, too.

No, I need a valet. A gentleman’s personal gentleman. A grooming, babysitting, problem-solving factotum.

I need someone in my life to take care of me, since I seem increasingly unable to do the job myself these days. So I’m hiring.

I need someone to run me a hot bath and bring me a cold martini as I marinate. Someone to lay out my clothes just so– hoodie brushed, cargo pants neatly creased, and lo-tops shined– their soles free of any hint of gum or feces. Someone to subtly criticize my facial hair. Someone with infallible judgement. Someone to unravel my unwanted social entanglements. To bring me herring when I need it. Someone to cure my hangovers instantly.

In other words, I need a Jeeves. 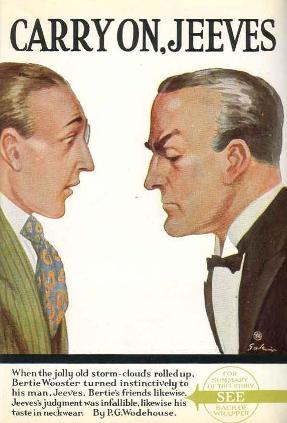 Sadly, I live in a one-bedroom apartment. Where would I keep him? In the closet? Not in this day and age. I don’t have a butler’s pantry, but even if I did, it’s no place for a valet. The couch is out of the question because it’s only a loveseat and, which I’d like our relationship to be congenial, I’m certain we’d both prefer to keep it professional. I’m afraid I could only hire the services of an outcall gentleman’s personal gentleman.

Except that I’m no gentleman. Oh, my manners are generally shipshape (with occasional lapses), but I’m not a gentleman in the traditional sense of the word. The pedigree was bred out of my family generations ago and my private income amounts to what coins inhabit the little silver dish that sits on top of my dresser. Which needs dusting.

So I must accept the fact that my income has about as much chance of keeping pace with my needs as an asthmatic tortoise does against a whippet who breakfasts on amphetamines.  I couldn’t afford to keep a Jeeves, no matter how much I promised to pet him and walk him and feed him.

But if you know of a gentleman’s personal gentleman who does pro bono work, please contact me. 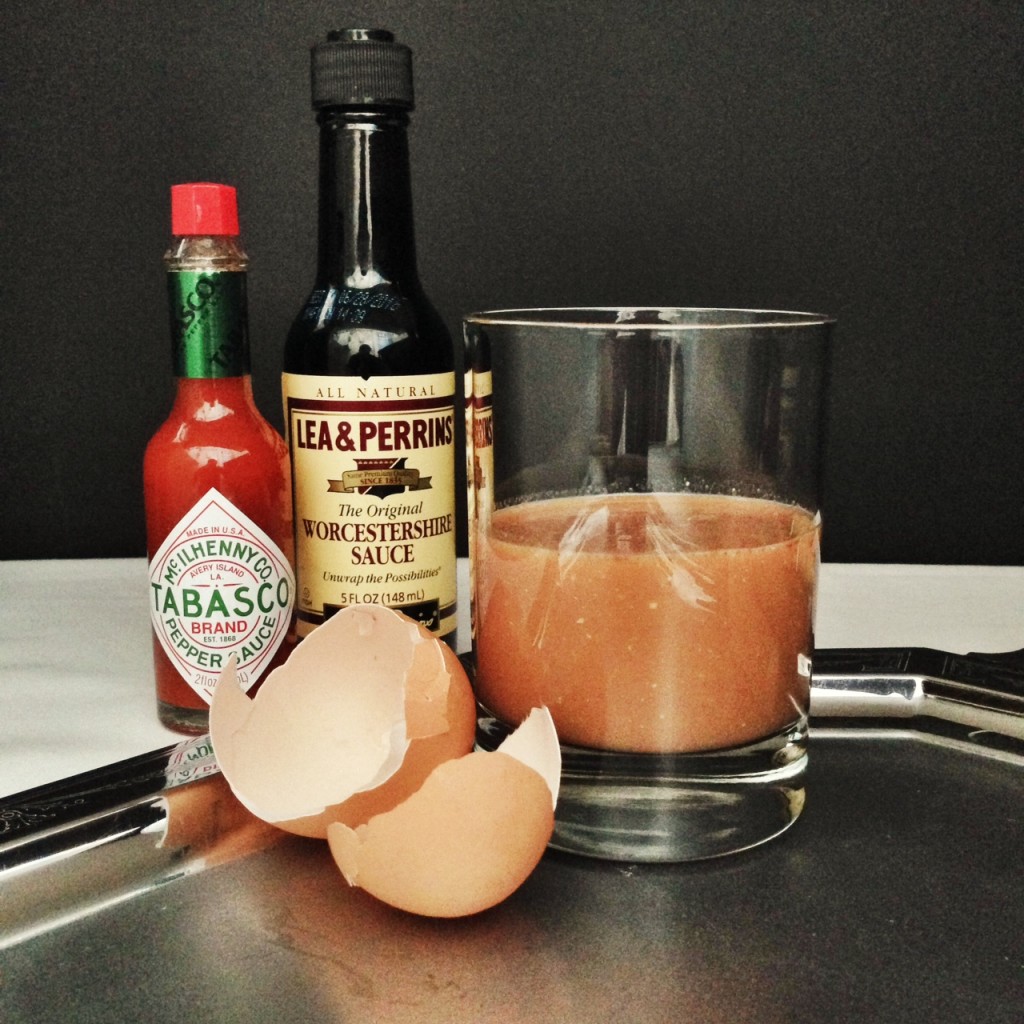 One thing I’ll miss most of all about the Jeeves I will never have is his ability to float into a room noiselessly “like a healing zephyr”, knowing instantly what I need. Chiefly, his hangover cure, the effects of which are described by his employer, Bertam Wooster:

For a moment I felt as if somebody had touched off a bomb inside the old bean and was strolling down my throat with a lighted torch, and then everything seemed suddenly to get all right. The sun shone in through the window; birds twittered in the tree-tops; and, generally speaking, hope dawned once more.

Anything which causes hope to dawn once more is a must-have recipe in my book. The only trouble with this little preparation is that there is no recipe. Merely a few, tantalizing hints as to its ingredients:

It is the Worcester Sauce that gives it its colour. The raw egg makes it nutritious. The red pepper gives it its bite. Gentlemen have told me they have found it extremely invigorating after a late evening.

Was that it? Egg yolk and a few shakes of Lea & Perrins and tabasco? I tried it. It felt more like someone strolling down my throat with a stale dish rag than a lighted torch. There had to be more to it than that. I scrutinized Stephen Fry in his turn as the television incarnation of Jeeves. He added a few generous glugs of brandy to the mixture. On the third viewing, I noticed a tin of ground cinnamon on the table. I added them to the mix. And a pinch of salt. It was a definite improvement, but I couldn’t be certain if this was what Jeeves had intended.

In fact, I couldn’t be certain if it cured hangovers at all because I wasn’t hungover at the time of drinking. But I can tell you I put in enough brandy to ensure a future one.

The truth is, no one but a gentleman’s personal gentleman can be certain. When Wooster asked for more details of the recipe, Jeeves demurred: “I’m sorry, sir. I’m not at liberty to divulge the ingredients, sir.”

Secrets of the guild and all that.

So the next time I find myself in bed with my head rotted through after an evening of heavy supping with the lads, I’ll more than likely be too wrecked to make this secret, restorative beverage. Rather, I’ll make a little preparation of my own–two parts aspirin to one part water– then crawl back under the covers and try to figure out a way to make enough money to afford a Jeeves of my own.

I write about food and am very fond of Edward Gorey. And gin.
View all posts by Michael Procopio →
This entry was posted in Uncategorized and tagged cure, hangover, Jeeves, P.G. Wodehouse, worcestershire. Bookmark the permalink.

8 Responses to Jeeves and Worcestershire