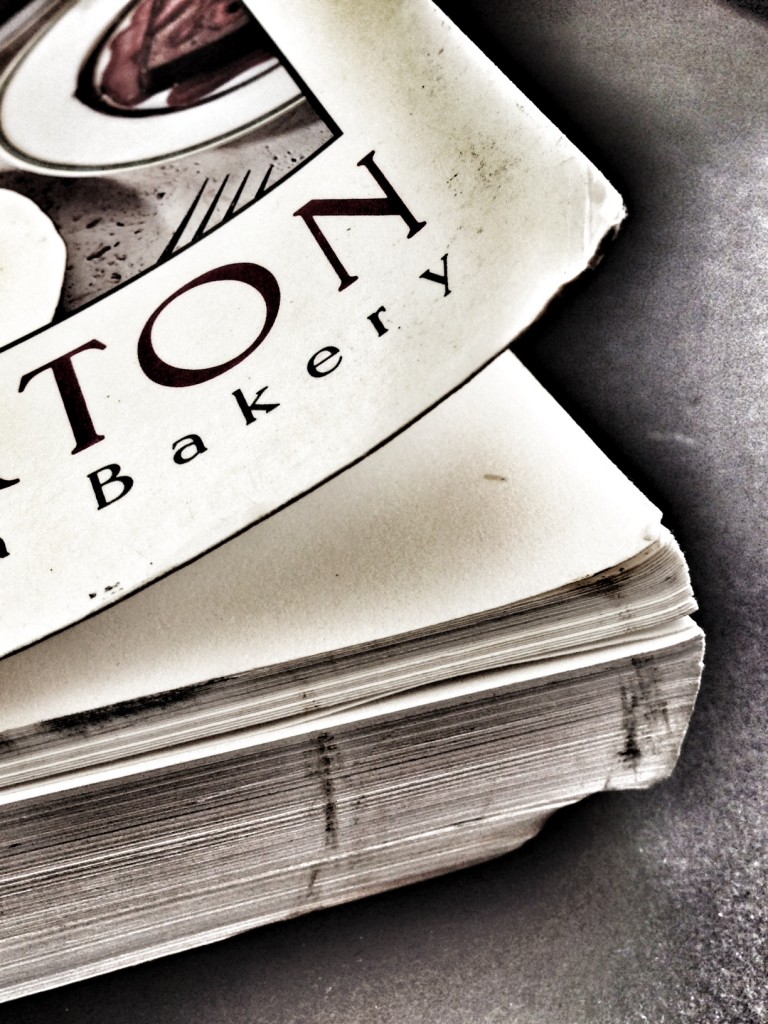 I was at a party in New York a few weeks ago when I became worried that one of the people I was chatting with was having a small seizure. But what I mistook for a minor convulsion turned out to be her way of pointing without resorting to the use of her fingers, which were already occupied with a glass of rosé.

“That’s Nancy Silverton!” she said to our group in one of those whispers that is anything but.

“Which one is she?” I asked, curious.

“The one with the glasses behind Ruth Reichl.” I made a mental note for later. I had a question I’d always wanted to ask her but wondered if the asking of it might sound creepy or stalkerish. I considered this as I drank another glass of orangey-pink wine. I knew I’d hate myself if I didn’t take this opportunity to say something, so I gathered up enough courage to tap Ruth Reichl on the shoulder, say excuse me, and sidle past her because she was blocking my path to Ms. Silverton.

I introduced myself and then asked, “Did you used to live on the corner of 6th and Cochran?”

“Yes…?” The tone of her response made me worry that I was, in fact, sounding creepy and stalkerish.

“The reason I’m asking is because I think I lived in that apartment immediately after you.”

“How would you know a thing like that?” she said.

“Because Emmy told me when I moved in. You know, the old lady who lived upstairs? The building manager?” No recognition seemed to register on her face, which made me feel as if I’d made a mistake by asking her my question in the first place. How could anyone not remember delivering a monthly rent check to a woman who refused to let a slight facial paralysis prevent her from the triple comfort of vodka, Marlboro Lights, and keeping her apartment exactly as it was when her husband died?

To be fair,  it was more than twenty years ago. And she had plenty of other things to think about.

“Oh, yes. I think I remember her. Wow. And, hey? What was the name of that coffee house around the corner? I loved that place. And the club?”

Neither of us could remember. I let her go and told her if I remembered either place, I’d tell her. And as I walked away, my life flashed before my eyes. Or at least a very specific part of it did.

My friend Craig and I were shown the apartment by the ancient, aforementioned Emmy who, at first glance, reminded me of a female Gabby Hayes. I loved her on sight.

We loved the place even more– a two-bedroom, 1 1/2 bath Streamline Moderne with lots of character, a small formal dining room, and a closet window shaped like a porthole. But the kitchen was the most inviting room of all, thanks to its black-and-white checkered linoleum, lots of light, and ancient Wedgewood stove. I’d never had much interest in cooking, but I was keen on looking as if I did. And I looked good in that kitchen.

“Nancy Silverton was the last person in here,” Emmy said with a faint slur. I had absolutely no idea who she was talking about and said as much. “The chef– moved in here while she and her husband got that restaurant around the corner ready.” I still didn’t know what she meant, but it did sound impressive.

So impressive that Craig and I signed the lease on the spot, which seemed to please her, but not nearly as much as it pleased us.

We quickly got to know our new place, our new neighbors, and our new neighborhood. We had dinner at Campanile, “that restaurant around the corner” and bought bread at the adjoining La Brea Bakery.

Perhaps it the pressure of knowing that chef Nancy Silverton and her chef husband Mark Peel inhabited the space before us. Perhaps a bit of their cooking spirit lingered in the larder. Or maybe it was because we both looked so good by that Wedgewood stove. Whatever the reason, Craig and I both took to cooking enthusiastically soon after moving in.

Craig brewed hoppy beer and aged it in Kingfisher bottles we got from the Indian restaurant down the street. I attempted a spinach roulade which was to be the centerpiece of an all-spiral-themed dinner, but were more like grassy pucks that held more promise of whitening a dog’s teeth. We experienced the intense ocular and genital discomfort that comes from not washing one’s hands well after handling Scotch Bonnet peppers and then proceeding to rub one’s eyes and use the restroom. Craig fell in love with my friend Shannon that year. A good part of their courtship was spent in that kitchen trying to out-macho one another in a never-ending spicy Thai food tournament. He comforted me with a quesadilla that brought tears to my eyes when my boyfriend dumped me after an especially depressing Derek Jarman film. We had dinner parties. Friends came over to cook. Bread was baked, Hungarian food was attempted. 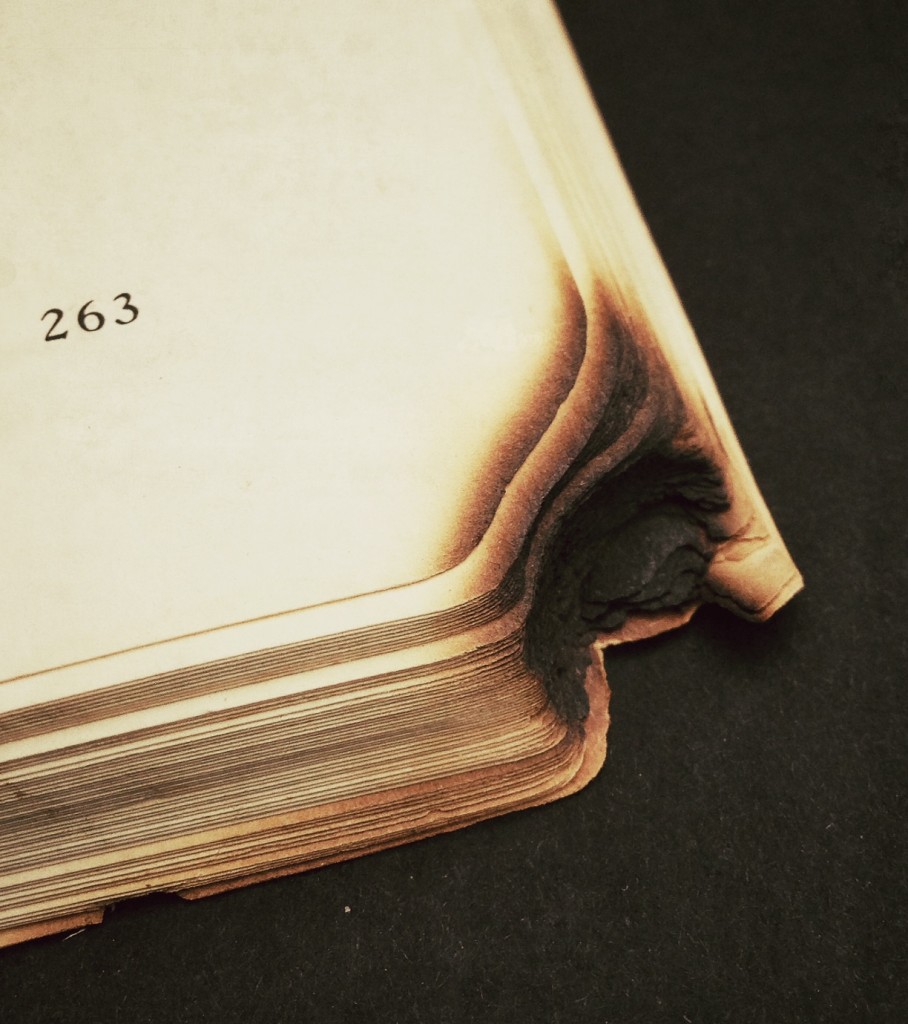 It’s little wonder that a very drunk Basque man brought to one of our parties, who we were told spoke no English, sat on the black and white checkered linoleum and declared rather emphatically, “The party…is in…the kitchen!” Filled with gratitude, I then took him into the bathroom and held his hair for him as he placed his head in the toilet.

For two years, the party was indeed in that kitchen.

The following year, Craig moved East to attend NYU. I lived alone and wondered what the hell I was going to do about grad school. I knew that a Master’s Degree in Art History would be useless without a Ph.D. chaser and the thought of spending my life examining the creative expression of others left me depressed. I turned to baking for comfort without realizing what I was doing. One evening as I was baking a three-nut torte, I came to the conclusion that I wouldn’t go to grad school at all. I’d go to culinary school.

It wasn’t until I walked away from Nancy Silverton at the party in New York that I remembered the book I was baking from on the night I had my epiphany: Desserts by Nancy Silverton. Page 262. 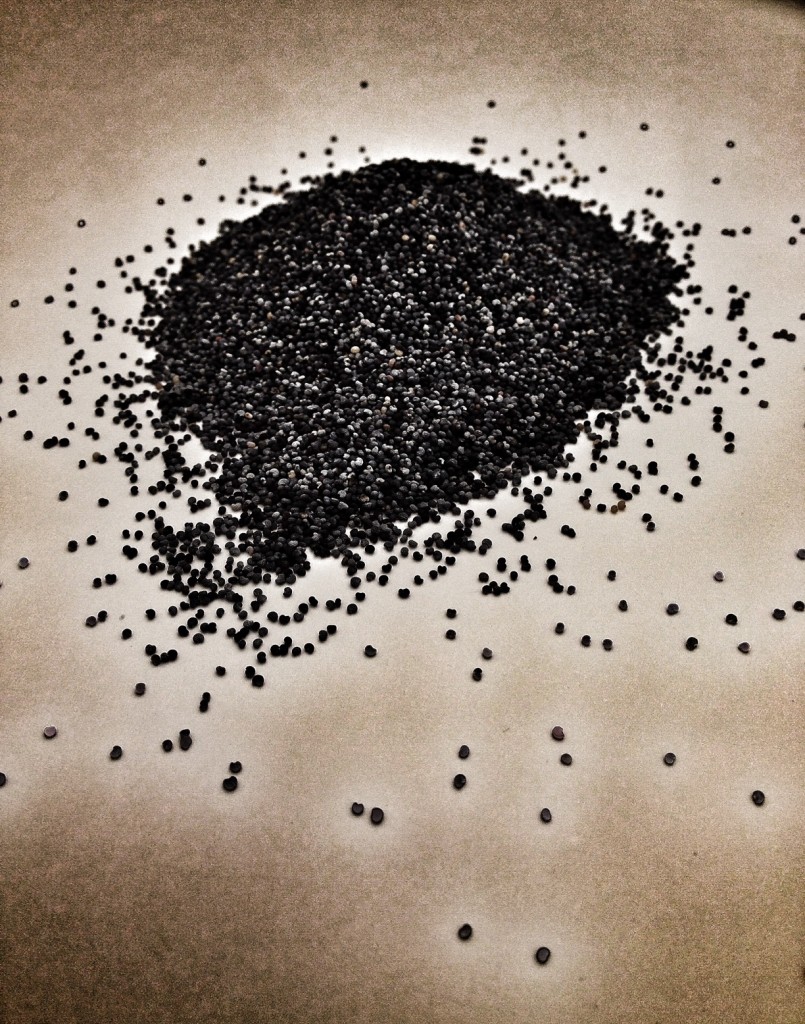 I felt a bit overwhelmed by that realization. I grabbed another glass of rosé and rejoined my fellow partygoers. I chatted, but my mind was elsewhere. I knew Nancy Silverton hadn’t actually changed my life, but still she was there, in residual spirit or in book form,  during a very important part of it. I wanted to thank her in some way. I wanted to tell her everything that was going on in my head but lacked the words at the time. And I knew that it would probably sound weirder than what I’d said to her earlier. Instead, I decided I’d find her again and say something else entirely.

“The Pikme-Up– that was the name of the coffee place. I just remembered.” She smiled at that.

“And King King was the name of the club,” she said. But then she added something else. “Tell me, did you have a problem with termites, too?” she asked. I told her I couldn’t remember. “Well, when we lived in that apartment my three year-old kept asking me why there were poppy seeds all over the kitchen floor. I didn’t have the heart to tell him what they really were.”

Poppy seeds. And I was worried that what I wanted to tell her might sound strange.

(The cookies depicted in the photo are Silverton’s Orange Poppyseed Cookies [p.52 of Desserts by Nancy Silverton] I am not giving the recipe for them because I did not ask for reprint permission from the publisher. Why not buy the book instead? I can’t promise that it will change your life. But it just might.)

I write about food and am very fond of Edward Gorey. And gin.
View all posts by Michael Procopio →
This entry was posted in Celebrities and tagged epiphany, Los Angeles, Nancy Silverton, poppy seeds. Bookmark the permalink.

12 Responses to The Chef’s Kitchen.