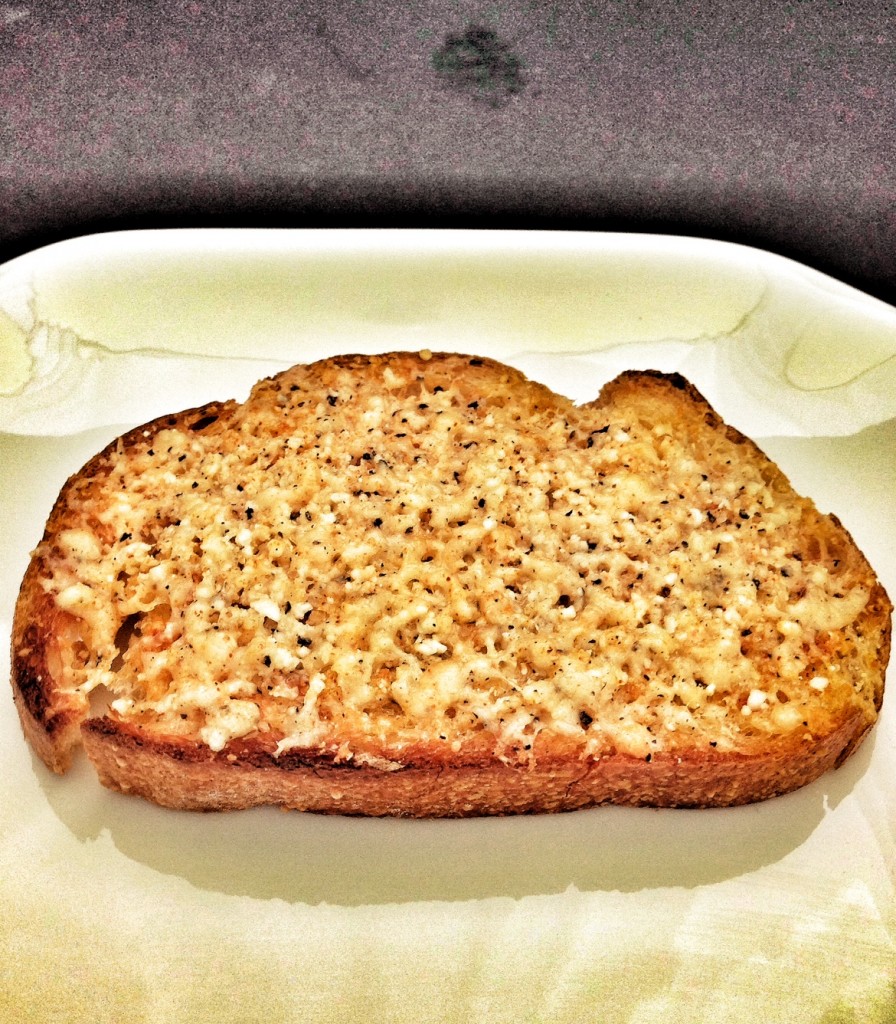 The evening might have gone perfectly, if it weren’t for the cheese toast.

And perfection was what Mrs. Lewis demanded from everyone the night she and her husband invited Debbie Reynolds to dinner. They were notoriously hard to please.

It’s just a pity she didn’t think to demand it of herself.

I spent my college years working for Harry and Marilyn Lewis, a married couple of advanced but painstakingly-achieved indeterminate age, who made their fortune from a chain of fancy hamburger establishments and enjoyed the sort of celebrity that sometimes comes from catering to the truly famous. They sold their small empire and, with some of the proceeds, opened a restaurant in Beverly Hills as bright and large and intimidating as Mrs. Lewis’s teeth, which she was rumored to have designed herself.

My good standing with Mr. Lewis ended the day I expressed alarm over the raw, salve-covered flesh of his face, asking him if he was okay and had he seen a doctor. It was also the day I learned about the existence of chemical peels. And that he had, in fact, seen a doctor.

My good standing with Mrs. Lewis, whose occasional visits to the restaurant were met with a mixture of terror and morbid fascination by most of the staff, began when I summoned the nerve to point out a critical error in her New York Times crossword answers. The look she gave me was appropriately puzzling– part “who are you?”, part “how dare you.” She stared at me in this way until my life began to flash before my eyes, then returned hers to the crossword, rubbed out a few letters with the eraser on the end of her pencil, and without looking up said, “So what’s 26-Down then?”

I wasn’t surprised when she chose me to wait upon her important business dinner with Miss Reynolds.

I was initially excited by the prospect of waiting on Debbie Reynolds. After all, she had danced with both Gene Kelly and Fred Astaire. And I heard she could swear like a sailor. I prayed she’d tell stories. 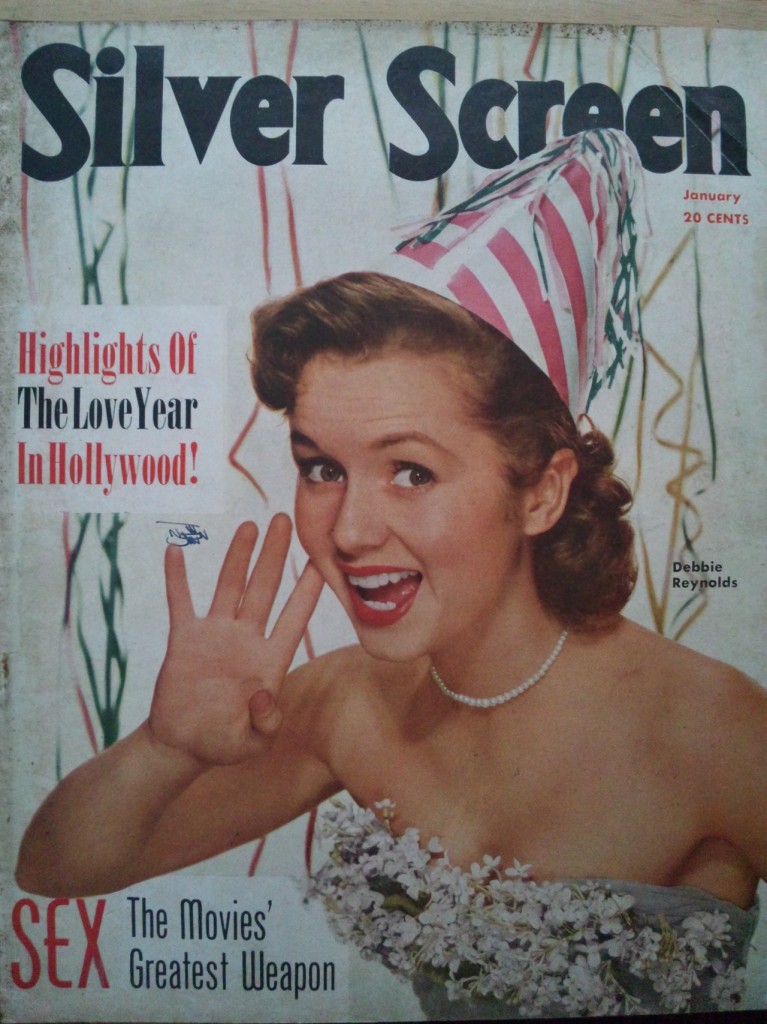 But I was also annoyed. Harry and I didn’t like each other. Marilyn could be sweet as Splenda to me, but I knew that could change the moment anything didn’t go her way. But fortunately, I knew precisely what she expected of me because she had recently blessed the waitstaff with a short series of “service classes” at which she personally imparted her version of the finer points of table service. Serve to the left. Champagne corks should never make noise. Don’t say “parmesan cheese”– it’s like saying “cheese cheese”. We were given a written test to prove that we were listening.

At the beginning of service that night, I told my manager to give away all the other tables in my section– I wanted to devote my full attention to Marilyn, Miss Reynolds, and Harry. I’d be damned if I’d let any cheese cheese within 20 yards of them.

Things seemed to be going well. Debbie Reynolds had a hotel in Las Vegas. Harry and Marilyn wanted to open a restaurant inside of it. They made small talk, but the chatter on the Lewis’s end seemed as unnatural as their chemical and surgery-altered faces. Everything was fine, but the conversation didn’t flow. So I made certain the alcohol did.  As I leaned in to top off Miss Reynolds’s glass, she paused the conversation to pinch my cheek and tell me I was adorable. When she did this, I caught Marilyn’s eye. She looked annoyed because I was pulling focus away from her.

So I did what any true professional server would do– I stepped away from Miss Reynolds and the table as a whole. And then I did what any true professional enabler would do– I went straight to the bar to order another J & B for Marilyn– a stiff one. I gently placed the sweating glass in front of Mrs. Lewis as visual proof that I cared more for her than I did Carrie Fisher’s mother. But really, I just wanted to see her to get plastered. I brought another drink of whatever-it-was for Harry, too.

It seemed to be working. Marilyn relaxed. Miss Reynolds laughed. Harry seemed less ineffectual than usual. I changed plates for the dinner course as unobtrusively as possible and let the food flow out to the table in slow progression.

The white bean chili was met with success, as were most of the other dishes that landed in front of them. Marilyn leaned back in her chair a bit, scotch in hand. She flashed a smile to expose her enormous designer incisors as she surveyed the room. Everything seemed to be going perfectly.

That is, until she spotted the cheese toast. Harry and Debbie were chatting away, but Marilyn was no longer participating in the conversation. I watched the gradual change of expression on Mrs. Lewis’s face. Her painted lips, so recently expressing pleasure, slowly closed like red velvet curtains over the Cinemascope wideness of her teeth. I could feel the whole room going dark. All she could do was stare at the slice of cheddar-topped bread in front of her. Then she suddenly forced her mouth upwards again, but the overall effect this time was more crazed than happy.  Harry noticed Marilyn. Debbie noticed Harry noticing Marilyn. The table fell silent and I stood by helpless.

“Excuse me a moment,” Mrs Lewis said quite calmly. She rose from the table in her white pantsuit, picked up the plate of offending toast, and slowly made her way across the dining room to the kitchen expediting station. The cooks saw her coming and scattered like roaches.

“WHO MADE THIS?” she screamed. Everyone in the granite and steel restaurant could hear her, but no one dared to respond.

“WHO. MADE. THIS. CHEESE. TOAST?!!!?” There was one line cook who didn’t run. He seemed to have been so transfixed by her insane stare and her fiery orange mane of hair that he was instantly rendered immobile.

“DID YOU DO THIS?” she demanded. “DID YOU?!!!? CHEESE TOAST IS TO BE SERVED HOT IN MY RESTAURANT! THIS….THIS IS UNACCEPTABLE!!!” As she shrieked those last words, she slammed the plate down onto the counter. The cheese toast bounced from the plate and hit the poor cook in the chest. The plate itself rebounded and smashed on the floor. 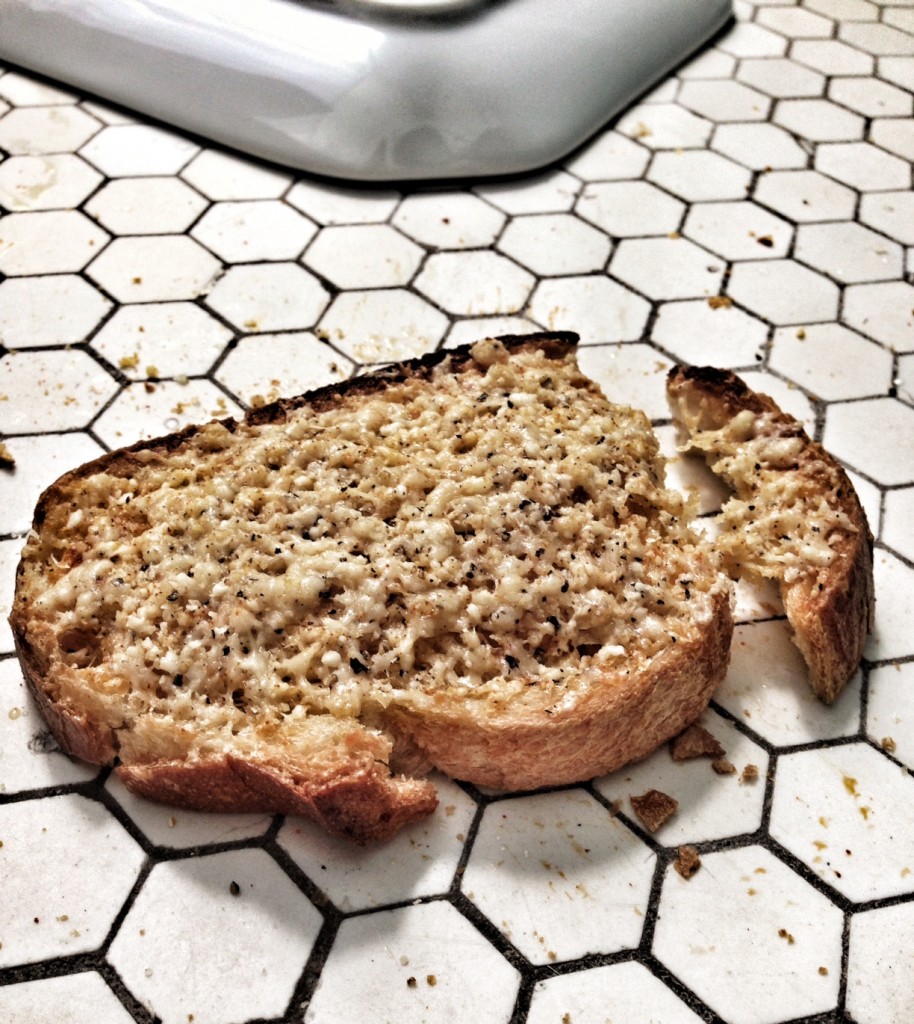 But I knew that plate wasn’t the only thing that was smashed. Mrs. Lewis, having found an outlet for her expression almost as satisfying as her time spent designing gowns for Marlo Thomas, made her way back across the stunned dining room to rejoin her guest and her husband.

I didn’t know the proper thing to do in this sort of dining situation. Mrs. Lewis hadn’t covered it in her classes. As I wondered whether or not it would be a good idea to serve them more alcohol, Debbie Reynolds broke the unbearable silence.

She looked directly at Mr. Lewis and said,  “I’ll bet she’s a real bitch to live with, isn’t she?”. He and Marilyn laughed uncomfortably. And then she finished them off in what I can only describe as her Unsinkable Molly Brown voice, “But you know, Harry, I’ll bet you’re a real pain in the ass, too!”

They didn’t laugh at that one, but she did. I excused myself from the table, got my manager to watch over the mess for a minute while I ran outside and around because I knew it wouldn’t do for my embarrassed owners to witness my own, uncontrollable cackling. I returned to the table with an appropriately neutral expression.

From that evening on, Miss Reynolds has been at the top of my list of favorite people. Because, apart from having starred in my favorite Hollywood musical of all time, she managed to do something I’d always wanted to do– call out the appalling behavior of my bosses — and gave me one of the most satisfying laughs of my life as she did it.

For that, I salute her whenever I eat a piece of cheese toast. And when I do eat it, I always eat it cold.

I write about food and am very fond of Edward Gorey. And gin.
View all posts by Michael Procopio →
This entry was posted in Uncategorized and tagged bad behavior, Beverly Hills, cheese toast, debbie reynolds, Harry and Marilyn Lewis, restaurants, waiters. Bookmark the permalink.

32 Responses to The Cheese Toast Incident