Posted on November 26, 2013 by Michael Procopio 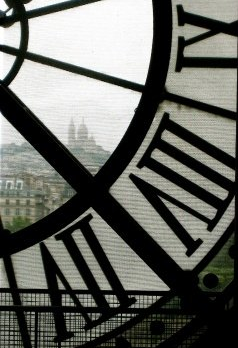 On the last day of our week in Paris, I ate pain perdu for breakfast. I ordered it not because I had a craving for French toast, but simply because I liked the name. I understood enough of the language to know that I was ordering griddled bread “lost” in a goo of egg and milk, but my American brain couldn’t help but see the French word for bread in fully English terms: “pain perdu” in my mind translated to “lost pain”.

Which was precisely what I had come to that city to lose.

When, a month earlier, my friend Thrasso mentioned he was spending a week in Paris after attending a conference in Germany, he suggested I join him there. I immediately thought of all the reasons I shouldn’t go: I was broke. It was madly impulsive. I’d made a stupid promise to myself that I wouldn’t go back to Paris unless I was in love. And I doubted I would be in love again for a very long time.

It had been three-quarters of a year since the person I was convinced I would spend forever with turned out not to be. A man who one week talks of setting up house and growing old together and the next leaves for someone younger, wealthier, more attractive, and geographically remote.

I like to think of that time as my semi-hysterical pregnancy. I no longer crumbled to the floor in fits of convulsive sobbing, but after nine months, I’d managed to carry an alarming amount of pain, confusion, and anger to full term. It needed to be delivered and left on a rock somewhere to die of exposure. Montmartre, I thought, seemed just as good a place as any.

I then began to think of all the reasons I should go: I was broke, it was madly impulsive, I turning forty, and had a phantom baby inside of me that was eating me alive.  The invitation to Paris suddenly sounded like lifeline, but one totally beyond my grasp. I’d send off an email to Thrasso to politely and regretfully decline.

And then, in a stroke of brilliant timing on his part, my father called. I mentioned Thrasso’s offer with an audible shrug. He casually asked when my friend was going to be there. It was a short conversation. Thirty minutes later, however, he called back.

“Happy early birthday, kid.” He knew I’d had a shitty year and has a deep understanding of midlife crises. In the space of half an hour, he’d cashed in airline miles and made my reservation for me.  And then he added, “I love you,” and signed off.

I think Thrasso was shocked when I told him I was coming, but not more so than I.

I was overwhelmed by what my father had just done for me. Later that afternoon, I shared the news with co-workers, joking that I had the plane tickets, but no place to stay and no money to spend while I was there. Small details. 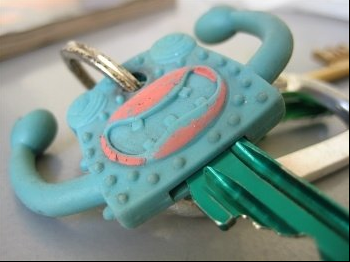 The next morning at work, my friend Lillith asked if I still needed a place to stay. Her friend Julie was planning to sublet her apartment in The Marais for the summer, but the people who were to take it backed out at the last minute. Her friend was now scrambling to get people to stay there for any length of time. Even a week’s rent would help out. I emailed Julie as soon as I got home. She asked me if $200 for the week was fair. I told her it wasn’t, but that I would pay her $250 instead. Within 24 hours of Thrasso’s email, I had airfare and lodging secured.

Word spread at the restaurant about my sudden trip. A regular guest handed me an envelope with euros “she wasn’t using”. My mother sent a small check. I picked up extra shifts. Within two weeks, I had everything I needed. Within four, I was in Paris. 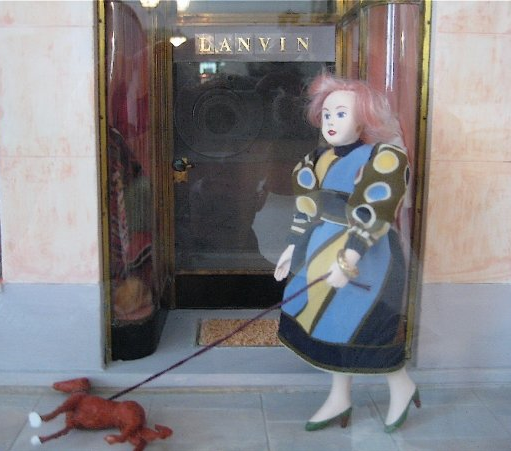 When we met at our little student apartment, Thrasso handed me a book by Edmund White, entitled The Flâneur. I devoured it and we both embraced the concept of flânerie– spending our days together strolling the streets of the city with no goal more pressing than seeking the random pleasures of whatever lay before us on our walks. We  lived on a steady diet of tartines, beer, and Berthillon ice cream. I did my best to simply live in the moment. In Paris. With my friend.

But there were several times my mind would travel back 10 months and 5,560 miles to San Francisco and wonder what I did wrong and what life would have been like if I were richer, handsomer, more exciting, and my boyfriend hadn’t left me. If I had been able to bring him to Paris instead. It was a pathetic thought. But then I’d look across a café table and see Thrasso scribbling in his journal, or he’d make an odd observation that required no response and I would return just as quickly. A human yoyo who would periodically fling myself down onto the pavement, but by a thin piece of string, find myself snapped back into the capable hands of my companion. And so it would continue until our last day– the day I ordered pain perdu.

We reserved our final day in Paris for doing all the touristy things we swore we weren’t going to let sully the rest of our week. We found an outdoor café table in Place Beaubourg, ordered our respective breakfasts, and made our plans for the day. 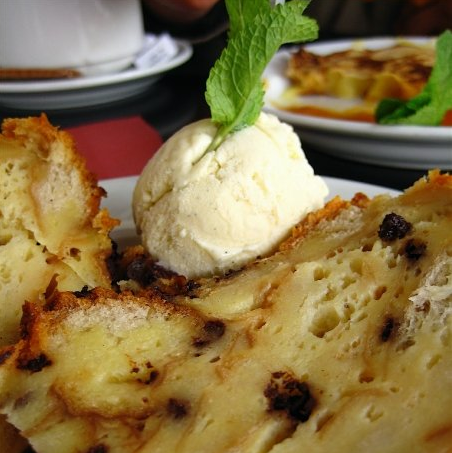 When my pain perdu was placed in front of me, I was faced with a slab of brioche pock-marked with currants and mounted with a  scoop of vanilla ice cream. It wasn’t at all what I was expecting. I picked up my fork, took a bite of the pain, and swallowed it. There was nothing especially sweet about it, but then I thought, there rarely is with pain, whether it’s of the French or English variety. I pushed it aside, concentrating on our day’s battle plan and my disappointing café noisette instead.

By the time I had returned to my breakfast, what was once very cold French ice cream had melted into an impromptu crème anglaise, which gave the brioche the impression of being not only truly lost, but drowning. I took another bite. The bread was sodden, making it softer and sweeter. I found the soggy mess on my plate satisfying, but I didn’t give it any further thought. We had sightseeing to do.

We made a surgical strike on the Louvre, attacking only the Nike of Samothrace and a few innocent bystanders as I lost my personal battle to stifle the urge to channel Audrey Hepburn in Funny Face as Thrasso struggled to take pictures of the winged, armless statue with as few Japanese tourists in them as possible. 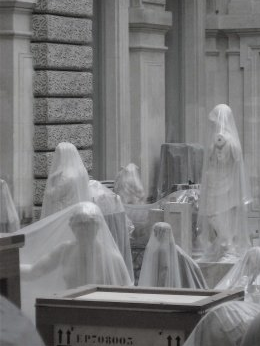 Making our escape from the museum, we found ourselves in the Jardin des Tuilleries among the female statuary. Thrasso noticed that the figure closest to us was that of Medea and made a casual reference to a scene in the 1960 film Never on Sunday in which Melina Mercouri plays Ilia, a whore from Piraeus, who has the charming inability to see any evil in Greek tragic theater. I confessed that I knew the story of Medea, the demigoddess who avenges herself on her husband Jason after he abandons her for another woman by sending his new wife a poisoned gown and murdering her own children, but did not know the scene in which Mercouri’s character retells Medea’s tale in her own way to a humorless American philosopher.

Disgusted, Thrasso decided this was something I needed to understand sooner than later and so began to re-enact the scene as only a professional actor of Greek heritage could. He took on the role of the happy-go-lucky whore. As he began, I could feel a light sprinkling of rain on my face.

“The play is about what a woman suffers for a man,” he began as he moved slowly in front of the statue.

“Once upon a time, there was a princess from faaaaar away. Her name is Medea…” he said, affecting a smoky Greek accent. “Medea was very sweet, but sometimes she had a bad temper…She goes to Greece to marry this man. He is a prince, his name is Jason…She is good to him. She gives him two beauuuuutiful children…But he, right away with a blond princess in Athens…”

It began to rain a bit harder. We were getting soaked through, but Thrasso was so wrapped up in his performance, he didn’t seem to care, so I didn’t, either. “Everything she does for Jason. She even gives presents to the blonde…Everybody says bad things about her. There are 12 rich ladies in beautiful dresses, but they say bad things about her too…And Medea cries. I tell you she breaks your heart…”

He pulled off his scarf for better gesticulation. “She’s afraid. She takes the children and she hides them,” he says, crouching in front of the statue,”But in the end, Jason sees how much Medea loves him and they get a wonderful chariot and she gets the children…”

He leapt up, flinging his scarf into the wind for the final line, “…and they all go to the seashore!”

I clapped because I didn’t know what else to do. It wasn’t his interpretation, it was me. Between the start of his performance and the finish, my life had changed and I knew it. It was one of the most intense, surreal moments I have ever experienced. As Thrasso pranced and emoted around the statue, I couldn’t help but think of all the people who helped to get me to Paris in the first place. People who enabled me to be here in this particular park at this exact moment in time to have this specific man show me that life is simply a matter of perspective by dint of channeling a fictional Greek hooker.

At that moment, I felt as though I had never loved anyone more in my life than I did Thrasso. I also understood it was precisely that– a moment. But it didn’t matter. Because I’ve also never felt more loved. Not just by him, but by everyone in my life who mattered. And that those who didn’t matter were not as important as I once thought they were.

So I just stood there clapping. Dumbfounded, grateful, and soaking wet in the Parisian rain. The dull, dead slab of human brioche I’d been not five minutes earlier finally softened and was penetrated by the sweetness that had always surrounded me. I’d just been a fool not to know it. I was alive again, revitalized. My pain, one might say, was truly and finally perdu.

I write about food and am very fond of Edward Gorey. And gin.
View all posts by Michael Procopio →
This entry was posted in Breakfast Time, Holidays, Rants and Stories, Stage, Film, and Television, Sweets and the Like and tagged break ups, flâneurs, kindness, love, pain perdu, paris. Bookmark the permalink.