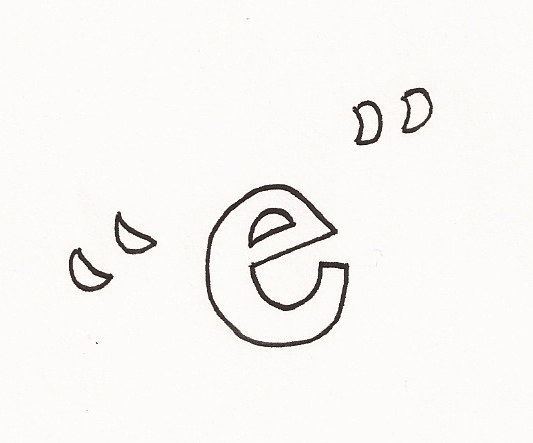 I am getting to be an excellent loser. I’ve had lots of practice. And I’m quite happy to report that I don’t find that such a bad thing.

In the fifth grade, I experienced the joy of finding myself in a vaguely Puritan outfit, attempting to string together letters in front of a large audience of teachers and preteens. As one of two boys left standing at the annual Clara Barton Elementary School Spelling Bee/ Thanksgiving Picnic, I was asked to step forward. The elastic of my black knee socks sagged under the strain of having my trouser legs tucked into them as I moved. I tugged at them as I was given my word: foreshadow. 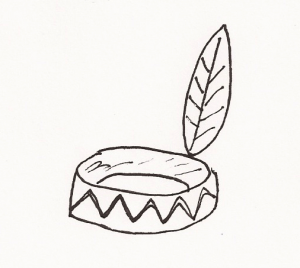 “I’m sorry, but that was incorrect,” said Mrs. Pettus– my own teacher. Bell’s Palsy had made reading her facial expressions a challenge, but the clear, pitying tone of her voice rang painfully clear. The other boy, who wore a feathered headband made of construction paper and glue stick, was then asked to spell the same word, which he did correctly by inserting the appropriate “e”.

When it was over, some of my classmates jeered and gave me a new nickname– “Loser.”

It was the first time in the history of our school that the “gifted” class, represented by me, had lost a spelling bee. It also may have been one of the few occasions in which European colonists had given Native Americans anything so freely. But more significantly, it seemed to have tarnished my life with a permanent silver-medaled tinge.

It took my therapist to point out the significance of the word I misspelled, which is one of the reasons I like going to him.

I am the 2nd Place Kid. The Bridesmaid. The First Loser.  If I’ve entered a competition, you can pretty much bet money on the fact that I will come in next-to-first. I have finished second on Jeopardy!, in Top Chef-style sandwich competitions, student elections, relationships, Academic Decathlon, and more recently, both IACP and James Beard Awards*. 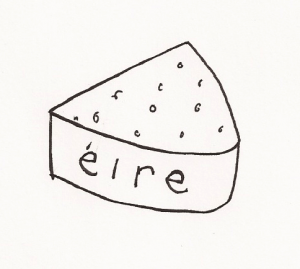 The one thing of any significance I have managed to actually win is cheese. But it wasn’t a contest, it was a raffle.

At a crowded party a couple of weeks ago, I was drinking wine in the relative calm of the kitchen with a few friends when I heard someone yell my name. Or, more correctly, my Twitter handle, because this was a food blog-related event. My hearing isn’t fantastic in the best of situations, but in the alcohol-fueled loudness of the living room, I managed to hear that I had actually won something. When I asked what it was, I saw my friend Brooke’s mouth move a little and then I heard her say, “Bleu cheese!”

What she actually said was “A year’s supply of Irish butter and cheese!” I just missed the first several words and inserted another, incorrect one. Kerrygold Butter was one of the sponsors of the Potluck we were attending, so it now made complete sense. 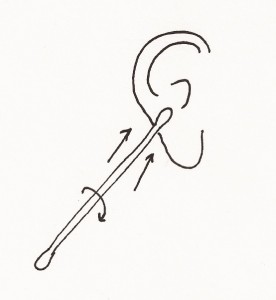 I was delighted, but what exactly did they mean by “a year’s supply?” I’d been offered a year’s supply of both Q-tips and Dinty Moore Beef Stew from The Merv Griffin Company when I came in second place on Jeopardy!, but I declined them and spent the next 25 years of my life wondering how many cotton swabs and cans of meaty offcuts-in-gravy I could possibly go through in 365 days. And now I had the opportunity of knowing what that meant in the currency of Gaelic dairy products.

If I developed a passion for butter sculpture, could Kerrygold keep up with my inexhaustible demand for supplies? Would they send everything all at once? Did I have to prove that I was the only one eating the cheese? Would this be for a normal calendar year, or would it be an Irish Year, which apparently only has eleven months? I’d just have to wait and find out.

When I returned home from New York last week, where I did not win a James Beard Award, I had a package waiting for me. It was from the nice Irish people. I cut through the cardboard, pulled out the melting freezer packs, opened the inner container and found roughly a pound of butter (block and spreadable) and assortment of cheese.

And that got me thinking that my string of second place losses were really second place wins. I didn’t win a James Beard or an IACP Award? So what? I got to go to New York, received some marvelous recognition for whatever it is I do writing-wise, and had several people buy me drinks. That’s a big win in my book. I came in 2nd place on Jeopardy!? True, but I got to have lunch with Alex Trebek on the set of Soul Train and be informed that I was the youngest contestant in the history of the show. I got a lovely Samuel Moore recliner out of it, too.

And, as for that spelling bee, it took me years to realize that all those classmates who called me a loser were eliminated long before I was knocked out by one of the nicest, quietly intelligent boys in the school.

Second place is actually a wonderful place to be, I’ve come to realize. It gets you recognized for excellence, but leaves a little room for improvement. I’m not saying I wouldn’t love to win a spelling bee or even a James Beard Award one of these days, but if I come in second again, I have the feeling I’ll be perfectly fine with that. 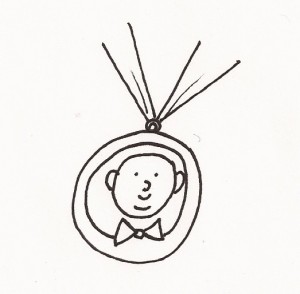 In the meantime, I plan on enjoying an award infinitely more practical to a starving writer that any certificate or medal embossed with the visage of a chubby, bow-tied man could ever be: a year’s supply of cheese.

My hope now is that this sudden good fortune for(e)shadows greater wins in the future. For example, a year’s supply of crackers. That would be nice.

*Naturally, I do not have direct access to voting scores for either IACP or The James Beard Awards, so it is entirely possible that I could have placed 3rd. However, that is something I couldn’t bear to face just now.

I write about food and am very fond of Edward Gorey. And gin.
View all posts by Michael Procopio →
This entry was posted in Rants and Stories. Bookmark the permalink.