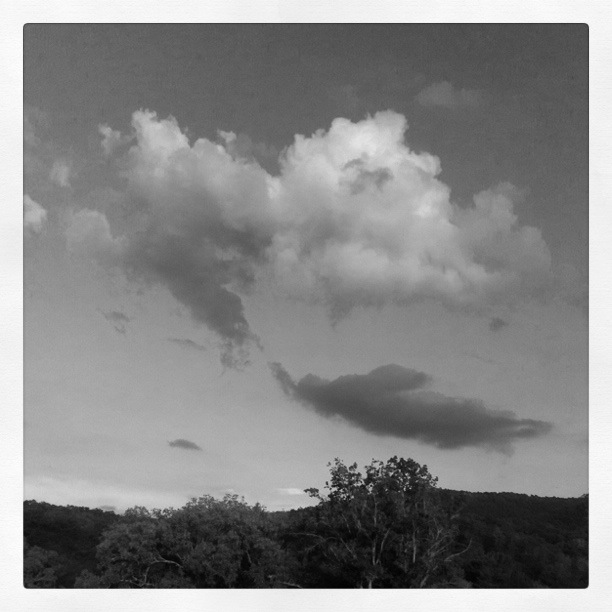 Once upon a time not so very long ago, there was a symposium for food writers held in Middle of Nowhere, West Virginia where aspiring writers were invited to mingle with established professionals and everyone had to scream to make themselves heard over the Dorothy Draper interiors.

I had wanted to attend The Greenbrier symposium ever since a young woman recently returned from there mentioned it was the place to which Congress would flee in the event of a nuclear holocaust. “The bunkers have been declassified, so you can tour them. You should go. I think you’d really like it there.” I was intrigued.

I submitted samples of my writing and, much to my great delight, was accepted to “come and be with [my] tribe,” as the Great Earth Mother of the symposium generously put it.   Much to my great disappointment, however, I did not win a scholarship to attend. With airfare, resort fees, and the cost of the event itself, the price tag was very much out of my reach.

So I told her, “Thanks a lot, but maybe next year.” 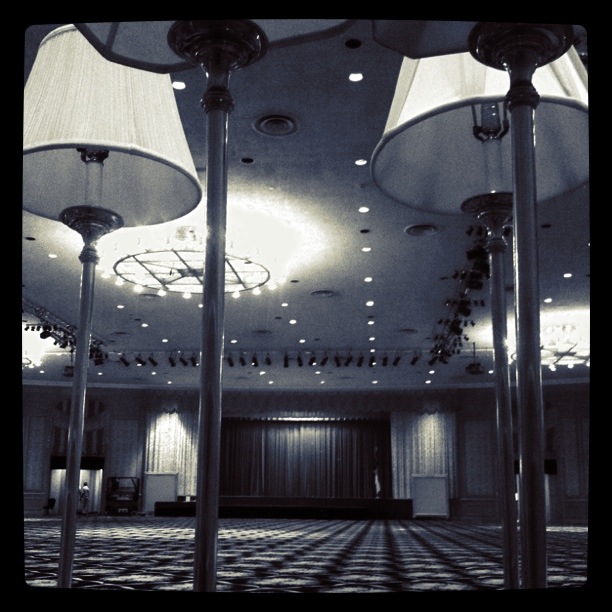 Besides, I did not feel that I belonged to “the tribe”. I thought of myself as an amateur who had a bit of fun with his food blog, someone who would like to do more with it, but I certainly did not consider myself “professional”. I felt that, had I accepted, I’d be doing so under false pretenses and would somehow be exposed as a fraud. That’s just how my mind works sometimes. I talked myself out of wanting to go.

Fortunately, there were other, saner people who didn’t feel the same way. The creator of the symposium asked me to reconsider. My mentor, who was speaking at the event, invited me to go as his guest so that my hideously expensive resort fee would be waived. My father cashed in airline miles and spent six hours online and on the phone trying to get me to White Sulphur Springs. Six Hours.

He said he was sorry that the best he could do was get me a flight to Atlanta the day before the event. He apologized because he thought I’d have to incur the expense of a night in an airport hotel. But he needn’t have worried. I was lucky enough to have old friends to stay with.

On the flight to Atlanta, wondered if I was heading for disaster in West Virginia. Asinine thoughts crowded out the reasonable ones in my brain.  Would I be totally out of my depth/league/element/mind? I have no practical understanding of resort wear. What if I’m the only person there without a “book in me”? Why the hell was I going to this place again? When my fretting got the stage where I saw myself in front of my fellow symposium-goers in a white prom dress soaked in pig’s blood and hearing Piper Laurie’s voice warning, “They’re all going to laugh at you”, I knew I had gone too far. I realized I was being totally absurd, but I could not shake the sense of unreasonable dread. 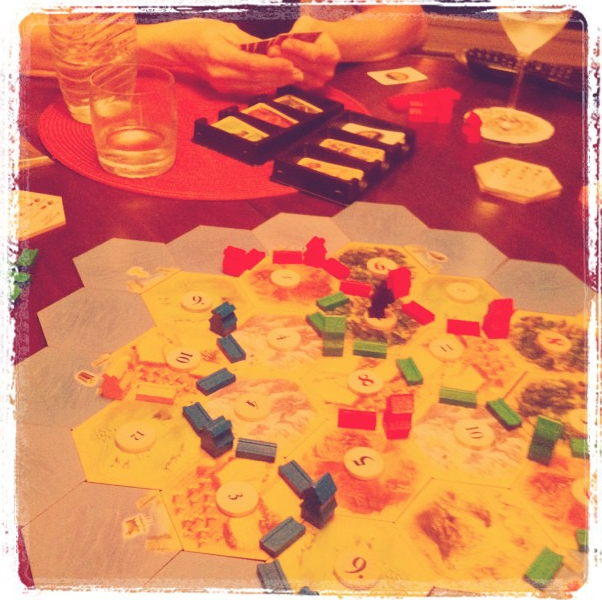 That is, until I saw Donna Reed* pull up to the airport arrival curb. To see a familiar face (one that hadn’t changed much in the 30 years since I first had a crush on her), to hear a familiar voice– these are things that pull me out of myself and bring me back to a much saner reality.

Donna and her husband Dan (another old friend) put me up for the night. The evening was spent catching up on our lives, drinking wine, playing Catan, and eating shrimp and grits. They kept my angst at bay. They gave me a good night sleep. I woke up feeling alarmingly good and ready to take on the unknown, thanks to a full evening of the comfortable and familiar.

And, most significantly of all, I woke up feeling grateful. Grateful to my father, and David Leite, and Antonia Allegra for getting me to The Greenbrier in the first place, to Dan and Donna for putting me in the correct head space in the second. And to all the really lovely people I had the good fortune of meeting in West Virginia in the third.

I was an idiot to have worried about fitting in. We were (almost) all of us in unfamiliar territory. And so what if I was the only person there who didn’t seem to have a book to promote? It was an overwhelming experience. It was worth any price to go.  I’m still mentally and emotionally processing the mass of information and sense of possibility that stemmed from my experience. And I would not have had that experience if it weren’t for some truly lovely people in my life.

People who take good care of me and make me feel as if I do belong to a tribe, whether it’s in San Francisco, Atlanta, or Middle of Nowhere, West Virginia. 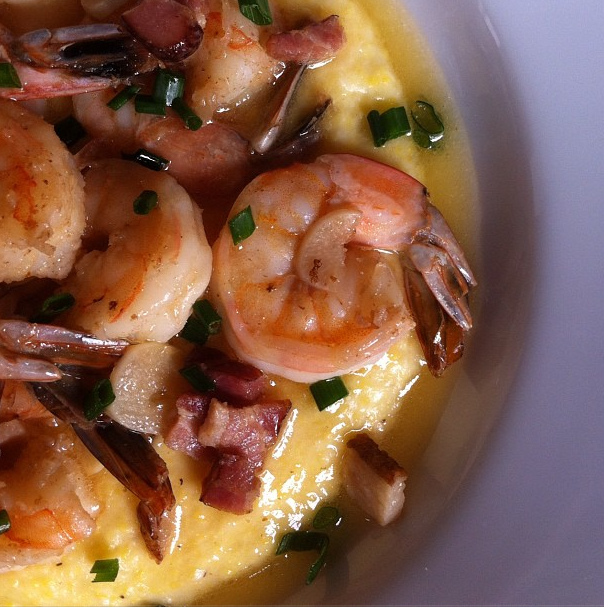 • 1 pound of fresh shrimp. Not frozen, please. Rinse ’em, peel ’em, and devein ’em.
•  3 thick slices of bacon. Some people like to use ham, or other pork products. That’s      okay, too.
• 3 cloves of garlic, thinly sliced
• 2 tablespoons of butter
• 1 cup of chicken stock
• A few glugs from a beer bottle. IPA or lager– whatever you’re drinking. Guinness would be an inspired choice, but is not recommended in the least.
• Salt and pepper
• Freshly chopped chives for garnish.

1. In a heavy-bottomed dutch oven or  medium saucepan, bring 2 cups of chicken stock and 1 cup of water to a boil. Reduced heat to a simmer and add grits. Reduce heat to low and stir well until the liquid has been absorbed and the grits have the consistency of thick, gritty porridge. Cover the pot, but worry over it by stirring it up every couple of minutes or so. If your grits look too dry, add about 1/4 cup of water to the pot and stir in. Repeat this until action as often as necessary. I tend to add between 3/4 and 1 full cup of additional water. All of this grit-making business should take about 35 to 40 minutes of your time**.

2. When your grits have finished cooking, add the butter and cheddar cheese, stirring in until melted. Next add the cream until incorporated. Salt and pepper to taste. Keep covered and warm until ready to serve.

3. In a large sauté pan, fry up three thick slices of bacon on a moderate flame. Take your time with it. Coax as much fat as you can from it. When the bacon is crisp, but not overly so, remove it from the pan, let it cool for a moment, and then chop it into bits. 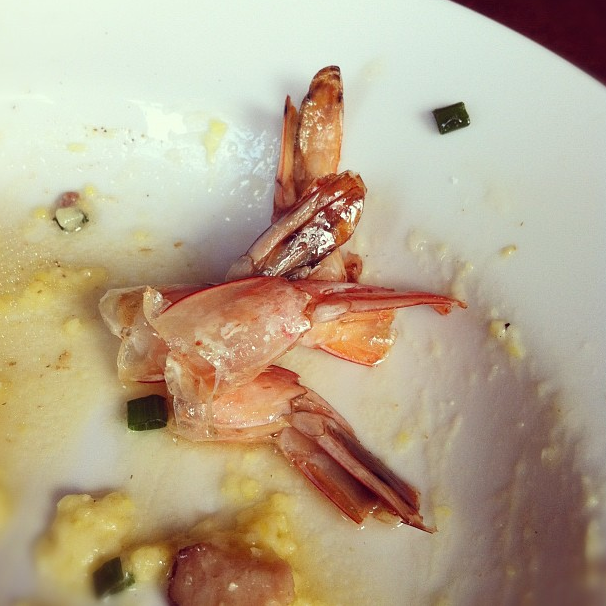 4. Drop 1 tablespoon of butter into the pan with the bacon fat in it. Add the garlic, shrimp, and the now-chopped bacon. Sauté for about 2 minutes until the shrimp have turned pink and the garlic begins to color. At this point, add 1 cup of chicken stock and a hefty drizzle of the beer you’re drinking. Bring to a simmer and hold it there for about 2 more minutes, then remove the shrimp with a slotted spoon to a clean, empty bowl. Cover the shrimp to keep warm.

5. Keep simmering the liquid inside the pan until it has reduced by at least half. Salt and pepper to taste. Stir in 1 tablespoon of butter, to give it a little more body and gloss, then return then shrimp to the pan to coat and heat through.

6. Divide the grits into serving bowls, spoon the shrimp and a generous amount of sauce into each bowl, garnish with chives. Serve hot. With beer.

*Not the girl-next-door type actress who won an Oscar for playing a prostitute.

** I believe that grits should be essentially smooth, but with a hint of grittiness to it. They are called grits for a reason. If you want yours smoother, continue to cook for a few minutes more.

I write about food and am very fond of Edward Gorey. And gin.
View all posts by Michael Procopio →
This entry was posted in Rants and Stories, Savories and tagged angst, shrimp & grits, Southern food, The Greenbrier. Bookmark the permalink.