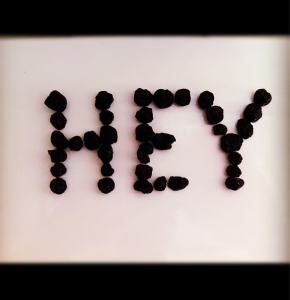 When I heard a knock on my apartment door a couple of weeks ago, I did what any normal person would do.

I wasn’t expecting anyone, I was exhausted, and my living room had requested no visitors because it wasn’t feeling well. I made myself as small as possible and retreated to the kitchen, where the noise of a running faucet might conveniently mask the sound of any future knocking.

It couldn’t have been anyone I knew. I could hear my downstairs neighbor growling like Satchmo to his houseplants. He’s the only person who ever comes to my door and only then to complain that he can hear Blossom Dearie singing through my open window. It couldn’t have been my neighbor across the hall. We don’t speak to each other after the last 3:30 am incident which involved screaming, the vibrating pulse of mediocre Techno-Pop, much profanity, and the involvement of the police I didn’t have to summon.

And it definitely wouldn’t have been his friends who also lived in the building and liked to bang on his door at 2 am on weeknights while wearing nothing but a six-pack of cheap beer in front of their genitalia because, as I could hear one of them drunk whisper, “Dude, it’ll be hilarious!” Their departure from the building was swift and merciful.

It was a knock that didn’t sound urgent or angry, I wanted to be alone, and so I forgot all about it.

When I opened my door the next morning, I found a note written in cheerful orange ink. Attached to it were two cookies: one chocolate chip and one of the peanut butter variety. 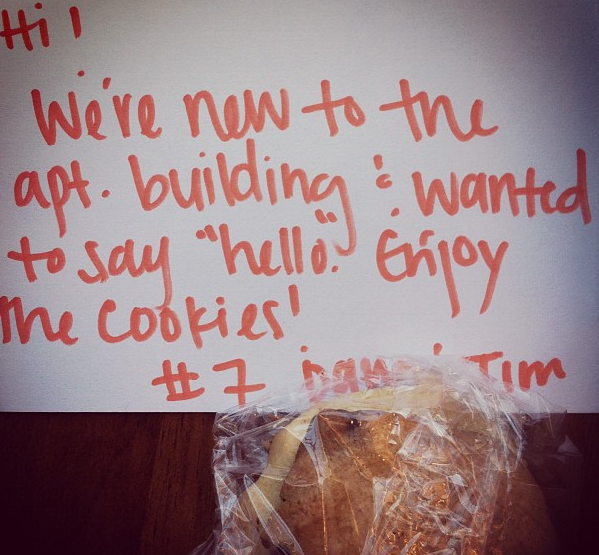 It was a delightful surprise. It also made me realize that I had been acting like a cynical shut-in.

Their gesture cheered me because they had taken the neighborly welcome and turned it on its head. It’s the pre-existing neighbors who should be offering foodstuffs and assistance to the newly-moved in, not the other way around. However, in this particular building, that wasn’t going to happen.  I admired their spunk. They sent cookies and notes to all the tenants.

I decided to return the favor and send them cookies in return.

But what kind? Chocolate chip and peanut butter were out of the question. I didn’t want them to be too intricate or esoteric. They should be something homey and easily approachable. And not too beautiful because the last thing I wanted to do was show up these nice people in some sort of cookie-baking showdown. But I did want them to be good. 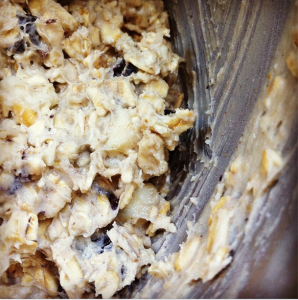 I knew precisely what I wanted to bake for them. Perhaps “precisely” isn’t the right word.

That same week, another display of cookie-related neighborliness occurred at work. Before the dinner rush began at my restaurant, our chef Erik handed me half of an oatmeal cookie and said, “Try this.” I dutifully placed it in my mouth and began to chew.  My tongue had discovered that dried blueberries replaced raisins, much to my raisin-avoiding delight, and there was the occasional bit of white chocolate in the mix as well. The cinnamon was present, but not pushy. It was the best half of an oatmeal cookie I ever remembered eating. I asked him when they were being put on the menu.

“Oh, they’re not mine,” he said, “The woman on table 5 sent them to me. And don’t even think about asking her for the recipe because I already tried.”

Damn. I did approach the lady and thanked her for the cookies she sent, but I didn’t dare ask her for the recipe. Instead, I set about trying to recreate them myself.

I baked off a batch and carried them down to apartment #7, gave a firm rap on the door and waited. Neither Dawn nor Tim were home, so I left the cookies at their door with a thank you/welcome note. That was more than two weeks ago and I have yet to still meet them, which is a pity.

Perhaps they’ve knocked again when I was away at work, or perhaps not. Two things are certain, however: 1.) People who bake cookies and leave nice notes for an entire apartment building are not by nature anti-social, so our eventual meeting is an inevitability and 2.) The next time I hear someone knock on my door, I’m answering it. There might be more food involved. 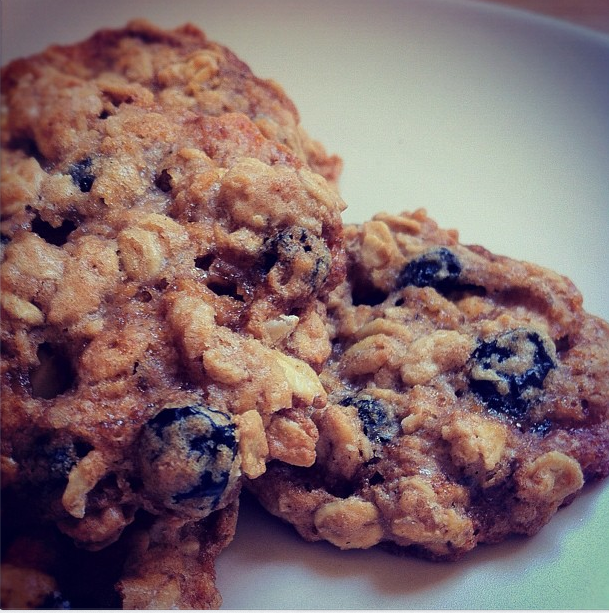 These cookies, though not exactly the same as those left by the wonder woman at Table 5, are quite good. And, thank heavens, they are easy to make. I’m not normally a white chocolate sort of fellow, but it has its place. That place happens to be in these cookies.

Makes enough cookies to dole out to a 12-unit apartment building, minus the man across the hall.

3. Cream the butter, white sugar, and brown sugar with the paddle attachment in your stand mixer or what-have-you until light and fluffy.

4. In a small bowl, whisk eggs and vanilla together until fairly uniform in texture, but not airy.

5. Alternate adding egg mixture and flour mixture to the creamed, sugary butter until everything is combined. Remove paddle, lick it once or twice, then wash.

6. Add oats, blueberries, and white chocolate into the batter until well-mixed. Refrigerate  said batter for at least an hour, covered.

7. Mete out the chilled, firm(er) dough onto an awaiting cookie sheet (I line mine with a silpat, but I imagine un-greased parchment would do perfectly well) by weight (I like 26 grams) or by eyeballing them, if you’re that sort of person. Roll the dough into tight little balls and place on the cookie sheet a dozen at a time. Bake for 8 minutes in the center of your oven, then turn the sheet 180 degrees. Continue baking for about another 6 minutes or until they are done (ovens, like neighbors, vary).

8. Remove from pan from the oven, allow to cool for a couple of minutes, then transfer the cookies to a cooling rack to do what the name implies.

9. Serve to your neighbors, to the owner of the coffee-house across the street who is wearing nothing but a Marilyn Monroe wig and an American flag, and to your friends. Or keep them all to yourself and die alone. It’s really up to you.

I write about food and am very fond of Edward Gorey. And gin.
View all posts by Michael Procopio →
This entry was posted in Sweets and the Like and tagged dried blueberries, hospitality, neighbors, Oatmeal cookies. Bookmark the permalink.