Lost in Translation: A Love Cake

Posted on February 13, 2012 by Michael Procopio 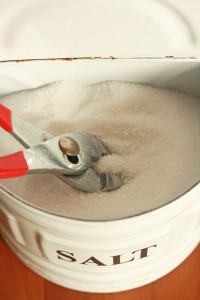 One pair of pliers of salt...

I am not the kind of man who typically enjoys Valentine’s Day. The existence of a day set aside to celebrate love is dandy, but pre-printed Hallmark sentiments and the pressure/unrealistic expectations of the holiday leave me exceedingly limp.

That isn’t to say I’m not a romantic, because I am. No, seriously. I’d love to have someone to share Valentine’s Day with, but that person simply hasn’t shown up yet. Or perhaps he has and I’ve just been too blind and/or stubborn to notice. Rather than be bitter about being alone on the Day of Love this year, I thought I’d be pro-active.

I decided to bake a very special dessert: un cake d’amour. It’s a magic cake. I got the recipe from Catherine Deneuve, who got it from her fairy godmother, who got it from god-only-knows where. It landed her a prince, so I thought it might at the very least land me someone who wasn’t a convicted felon. I must have studied her how-to baking video fifty times on YouTube, just to make sure I got the technique down:

Sadly, my French is affreux. Fortunately, I was able to find the directions in print which, through the magic of the internet, I was able to translate into English. Unfortunately, however, the recipe is decidedly vague and the fact that I was told I would need “a pair of pliers of salt” left me with a slight feeling of mistrust, which is not the best vibe to secrete when one is baking a love cake. 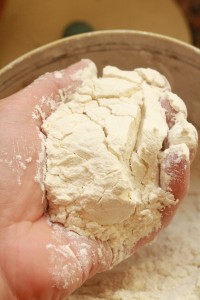 A heavy hand of flour.

• Four heavy hands of flour
• Three eggs laid this very morning, plus one that has been sitting around for 20 days.
• An entire bowl of milk, very creamy
• Some sugar
• A breath of yeast
• A handful of butter
• A drop of honey
• A suspicion/pair of pliers/pinch of salt

1. Prepare your dough in a flat, shallow bowl.

2. Without any talking, light your oven.

3. Take the flour and lapse into the bowl four big handfuls of flour. Dig a well into the flour. 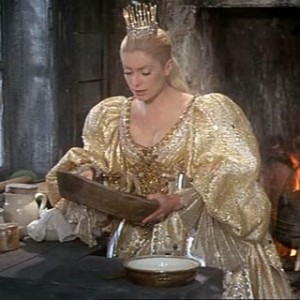 4. Choose three eggs which have been laid this morning and one which has been left around for 20 days. [Editor’s note: use unfertilized eggs. If a chick hatches from the fourth egg, set it free and do not include in cake.]

5. Add a bowlful of creamy milk to your flour and eggs, sprinkle in sugar, and combine with a wooden spoon.

6. Next add a hand of fine butter, your breath of yeast, a teardrop of honey, and a suspicion of salt. Knead well, allowing your sleeves to rub against the dough.

7. Slip a present for your fiancé into the dough along with a wish for love as the dough rests.

8. Smooth your baking dish with butter [place dough into baking dish] and bake for one hour.

9. Live happily ever after. 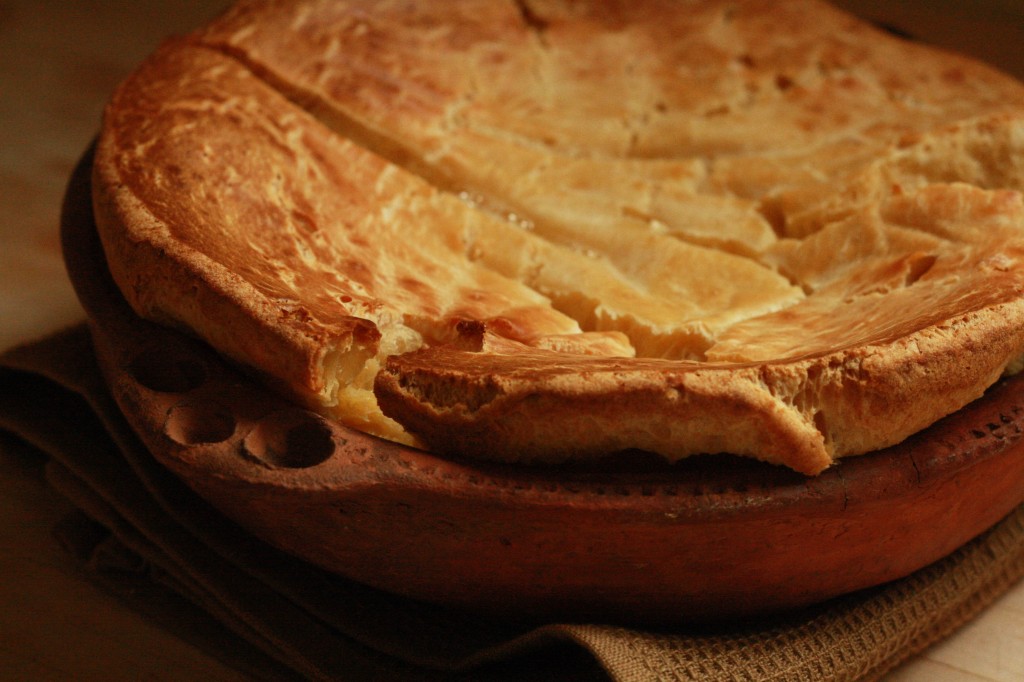 As you can see from the above photo, my Love Cake– so puffed up with good wishes when I removed it from the oven– deflated before I could find the right prince to give it to. It was eggy and leaden and tough. It looked like a Dutch Baby abandoned on the doorstep of a French woman with no maternal instinct.

I nearly drove myself crazy wondering where it was that I went wrong. I used real French butter. I sang to myself just like Deneuve did in the instructional video. Was it because I chose to wear a sweatshirt with a latte dribble on its front rather than a gown of gold with sleeves dripping with lace? Was it that fact that, instead of a magic-working fairy godmother, I only had a hypochondriacal former Avon Lady to work with?

It could have been anything, I thought. Or a combination of many things.

Or maybe something important was lost in translation. 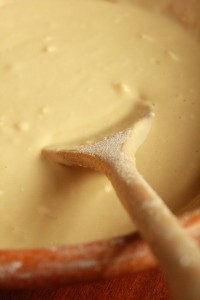 One thing I simply could not come to terms with was the fact that Catherine’s flour/egg/creamy milk mixture looked like bread dough, while mine wound up more like pancake batter. I used the same sized bowl of milk as the one in the video; I used three fresh eggs– one less than the recipe called for, but so did she.

It must have been the flour: “Quatre mains bien pesées,” which I interpreted as “Four heavy hands”. Did I get that wrong? No, certainly not. But, why then, is her dough so much more floury than mine? I have since determined that Catherine Deneuve must have hands the size of catcher’s mitts. There is no other possible way.

My love cake was a disaster. There was no getting around it. What seemed so easy for a French actress was an utter failure for an American food writer.

Was the gift I put into the cake not precious enough? Did my lover’s wish die in the heat of the oven, or did it escape with the steam as the cake deflated?

It made me feel as though beautiful people like Miss Deneuve lead charmed, magical lives while many of the rest of us spend ours dressing like them, listening to their music, buying facsimilies of their clothing, and generally trying to be like them because they look so perfect and happy. It’s a huge generalization, of course, but it got me to remember:

a) Celebrity people have costumers, hair-and-make up people, and lighting technicians working for them and

b) Why the hell would I follow anyone else’s recipe for love? Especially Catherine Deneuve’s? I haven’t got the cheek bones for it, to say the very least.

What works for Deneuve works for Deneuve, which is as it should be. Buying into someone else’s recipe of love is a recipe for disaster. Unfortunately, many of us do this on a regular basis, but never more so than on Valentine’s Day.

I planned to make this “cake d’amour” purely for the fun of recreating a dish baked off in a truly bizarre film* but, as usual, I came away with something else.

I don’t know what my recipe for love is. And that’s okay. The important thing is to accept that it will be like no one else’s. I will bring the ingredients I’ve got to it; my future, um, prince charming will show up with his. It will not look like my parents’ recipe. It will not look like Catherine Deneuve and Marcello Mastroianni’s (although their daughter Chiara is a very delicious number). It will look and taste and feel as it is supposed to look, which is unique.

Happy Valentine’s Day, if that is at all your cup of tea.

On an end note, even though my deflated gâteau tasted of unrealistic celebrity love, I did manage to make it my own. Dense, chewy, and not very sweet, I slathered chunks of it with brown mustard and kosher salt because, if you think about it long enough, a love pretzel is a hell of a lot sexier that cake.

* The film in question is 1970’s Peau d’Ane (Donkey Skin) by Jacques Demy, who also directed The Umbrellas of Cherbourg. Check it out, if you like. In it, there is a woman who spits frogs. And Deneuve’s incest-desiring father is played by Jean Marais, who some of you may know as the guy on the cover of The Smith’s This Charming Man Album: 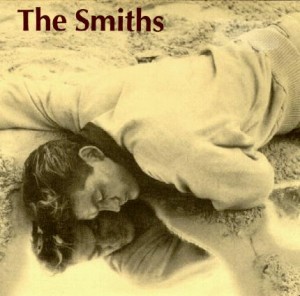 except twenty years older and sitting on a giant kitten… 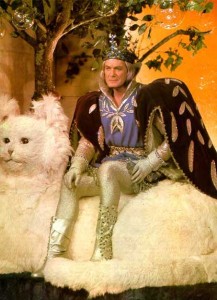 24 Responses to Lost in Translation: A Love Cake