Posted on November 23, 2011 by Michael Procopio 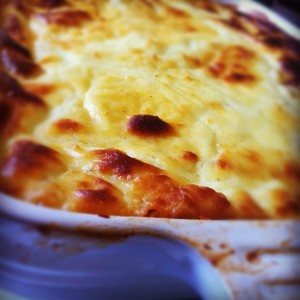 I’m not much of a holiday person. While the essence of Christmas is a lovely thought, I can’t bear suffering through six to eight weeks of blinking lights and enforced good cheer.

New Year’s Eve is nearly always disappointing, filled as it is with amateur drunks fighting each other for taxis and with well-meant promises that are rarely kept.

The Fourth of July leaves me cold, too. When everyone else is oohing and ahhing over aerial explosions, I find myself sneaking back indoors to read a magazine in relative peace.

Thanksgiving, however, is an altogether different animal. It’s the one day a year I allow myself to get emotional and caught up in holiday spirit.  I don’t even mind so much that my favorite holiday of the year is represented by a beast so fattened, inbred, and stupid that it hasn’t the good sense or agility to keep itself from drowning in the rain.

But turkey isn’t what’s important about Thanksgiving.  I could care less about it or Pilgrims or pumpkin pie. I don’t worry about nice china or getting out the “good” stemware or fussing over a tablescape. 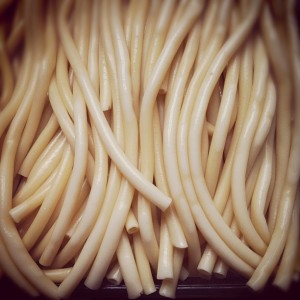 Instead, I do what millions of other people do on Thanksgiving– I give thanks. I take stock of the year that has passed and dwell on the all the good things that life has given me rather than fret over the not-so-good, which is my typical habit. For me, Thanksgiving is the emotional equivalent of an engine tune-up., which always reminds me that one of the chiefest things I am grateful for as a San Franciscan is that I no longer suffer the headache of car ownership.

I am grateful to the people who gave me life and thankful for the people in it who give that life meaning. 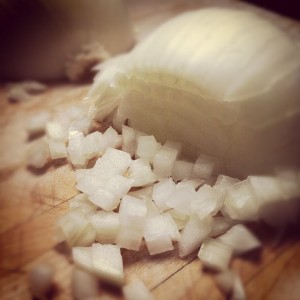 My head is spinning at the thought of all the kindnesses shown to me in the past year. The generosity of my food writing colleagues, some of which goes deeper than I can ever tell. The love and support of my family. The super-human patience of my friends. There are so many people in my life who are givers. It makes me wonder if I have been giving enough to them.

I always feel as if I’m the taker.

I have one friend in particular who seems to do all of the giving in our relationship. It’s just how she is– she’s an emotional caregiver. Last week she took on the burden of physical caregiving  as well when her partner suffered a massive stroke at the age of forty-five. He has made daily progress in his recovery, for which I am thankful, but my concern was for her. She’s always taking care of everybody else. But who the hell is taking care of her?

My first thought was “I’ll bet she’s not eating. She needs to eat something. I know she’s not sleeping.” I felt frustrated by the fact that I wasn’t doing anything for this woman who has done so much for me. I don’t have a car in which to shuttle her to and from the hospital. I don’t have much in the way of money to help meet hospital expenses. I don’t have a magic wand I can wave to fix everything. 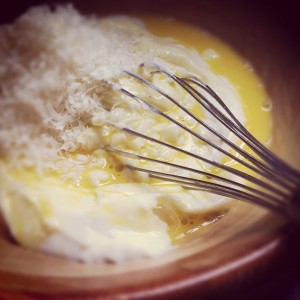 But I do know how to cook.

It’s taken me a long time to understand that a phone call or a card or even an email is pleasant, but not especially helpful. A Facebook wall post saying “Sending hugs your way.” is not altogether meaningless, but it is done at a safe distance. It isn’t getting your hands dirty. And I think that’s what people need when they need support– they need the people around them to roll up their sleeves and help without being asked. I’ve lost so many opportunities to show people how much I care about them by worrying too much that I might be intruding or getting in the way.

I simply don’t want to be that person who says “Let me know if you need anything” anymore. I’m old enough to understand now that the person who needs something is either too exhausted or distracted or too polite to tell you what they actually need. If you care about someone, do the thinking for them. 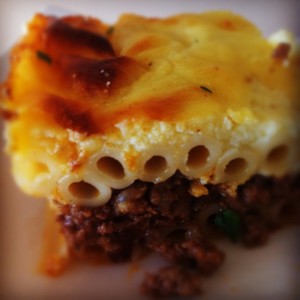 If they have a lawn, mow it. Pick up their dry cleaning. Take their kids to school. Whisk them off to dinner. Pour them a drink.

Or cook something. Make it simple. Make it easy to eat and to store. Prepare a dish that you love or that you know they love, but make it something they won’t have to concentrate on too much. Make it nourishing.  Send it to them in a container they won’t have to worry about returning any time soon.

And don’t ask them how they enjoyed it because this isn’t about feeding your own ego, it’s about feeding someone you care for. It’s doing a little something for someone who has done so much for you. It’s a simple matter of being grateful that they are in your life.

It’s about giving proper thanks. And not just on Thanksgiving.

And to my friend who has always been such a wonderful soul: I promise not to ask you if you liked the pastitsio* if you’ll promise to get some rest.

* There is no recipe posted as yet because, even though the recipe is adapted from my chef’s cookbook and I’m certain he wouldn’t care if I posted it, I need to ask formal permission from the publishers before posting. This clearly isn’t going to happen before the holiday now, is it?

I write about food and am very fond of Edward Gorey. And gin.
View all posts by Michael Procopio →
This entry was posted in Holidays, Rants and Stories and tagged caretakers, giving thanks, holidays, pastitsio, taking care, thanksgiving. Bookmark the permalink.

31 Responses to Giving Proper Thanks