Not Dead, But Resting

Posted on October 5, 2011 by Michael Procopio 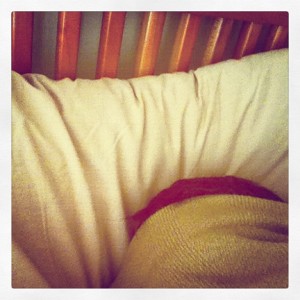 This is just a little note let you know that Food for The Thoughtless is not dead, but merely taking a much-needed rest.

The author (pictured above) needed lots of sleep during the month of September. One could say that the month fairly flew by as if in a dream, which makes sense given the fact that he was doing his best to have as many of them as possible.

And now, sickened by his overuse of the third person, he will switch back to the much more human first, which suits him just fine, since he is now, in fact, feeling human again.

It was a wonderful month of ups and downs, but mostly ups. 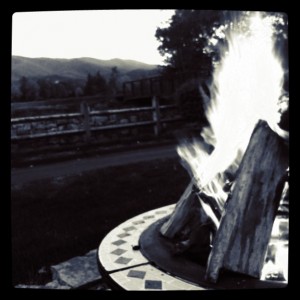 Thanks to marvelous people like David Leite and Antonia Allegra, I was encouraged to haul my carcass to the Allegheny Mountains for a little jamboree known as the Greenbrier Symposium for Professional Food Writers, where I ate s’mores and learned to feel as if I were, in fact, a professional food writer.

I was entirely too busy cramming my brain with information to remember to take photos, which is a pity, but there were others who did like Heidi Swanson, who also brought snacks.

There were so many fascinating people there I was nearly as overwhelmed by them as I was by the Dorothy Draper interiors.

And, to finish off the month, this little thing happened… 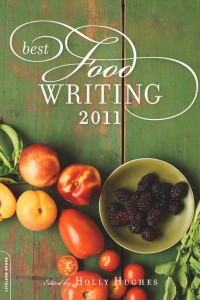 …which isn’t little a thing at all, except perhaps in terms of physical size.

Several years ago, when I was taking my first, hesitant steps towards writing, my friend Robin gave me two of these anthologies for my birthday and said, “Who knows? Maybe you’ll be in one someday.”

And now I can proudly say I am. You can read my story on my blog, but there are 49 other people’s worth of  excellent stories to be found inside its covers. Buy a copy and see for yourself.

A lot of really wonderful things have come into my life as a result of this blog— the people I’ve met, the places I’ve been, the things I’ve eaten. I’d be a fool to let it end, which is why I will return next week with a spot of dirty fun. I promise.

Thanks so much for reading and all the marvelous encouragement. And I mean that most sincerely.

I write about food and am very fond of Edward Gorey. And gin.
View all posts by Michael Procopio →
This entry was posted in Rants and Stories and tagged Best Food Writing, blogging, Greenbrier, resting. Bookmark the permalink.

36 Responses to Not Dead, But Resting