Posted on February 24, 2011 by Michael Procopio 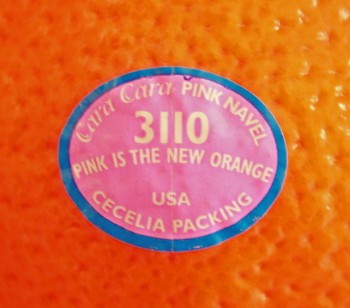 Which is pretty much what I wound up doing this year. Not noticing, I mean. I somehow managed to see only one Oscar-nominated movie over the past twelve months and I am not about to make a heaping pile of grits to celebrate it, no matter how much I enjoyed the film.

So instead of discussing the current cast of award hopefuls, I thought I might celebrate those marvelous singers of Academy Award-winning singers of yesteryear.

As I ran down the list of songs, I realized that there were a handful of artists who introduced not one, but two Oscar-winning tunes to the world: Bob Hope, Judy Garland, Doris Day, Frank Sinatra, disaster film songstress Maureen McGovern, Barbra Streisand, Bing Crosby (who sang a record four), Fred Astaire (if you count his whistling to The Continental), and…

I thought long and hard about which singer to single out and pay tribute to. Judy Garland? Too obvious. And the only thing I could think of doing for her was making a meal comprised entirely of pills, which is beyond my scope as a home cook. Bing Crosby? I suppose I could have taken some young, tender chicken, beaten it mercilessly, and marinated it in Minute Maid® orange juice, but I didn’t have the stomach for it. Barbara Streisand? I worried that whatever I chose to make would spring to life from the counter top and try to wrest from me total creative control.

I almost gave up.

Then I remembered the Cara Cara orange and how every time my chef would utter its name, I would quietly insert two “Irenes” into his sentence, as in “I’d like to have the Irene Irene Cara Cara orange salad, please.” My chef seems to love this fruit so much, he says things like, “It’s so nice, they named it twice.”

And, since Miss Cara sang an Oscar-winning song not once but twice, I just had to go with it.

When I realized that she was one of the original cast members of the best children’s show of my generation, The Electric Company*, there was nothing else I could do but pay this woman tribute.

So I set about to make an Irene Irene Cara Cara sorbet. 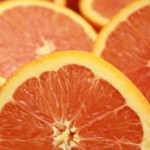 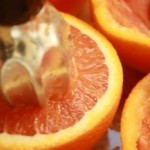 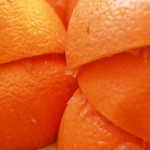 Referencing a recipe for blood orange sorbet by the rather solid David Lebovitz (Solid as in his recipes. I have never once asked him to flex for me.), I did everything with precision. I measured my juice in milliliters and weighed my sugar in grams, I made a perfect little syrup, I added just the right hint of alcohol to make it scoopable.

I did everything right except allow my ancient ice cream maker’s freezing element to get cold enough. When I set my sorbet to churn, it went round and round but, instead of firming up into a silky sorbet, all it managed to do was make itself dizzy. I would have thought three days in a cranked up freezer would have done the trick, but I think it decided do kill itself after bearing witness to my last ice cream experiment, which will more than likely never see the light of day on these pages. I was filled with the same emotion that was conveniently printed on label of the Campari whose content I had so tenderly splashed into my sorbet base: 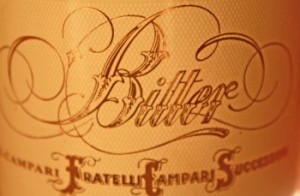 What a feeling. I was also undeniably frustrated but, search as I might, that word was nowhere to be found on any of my ingredient packaging.

I had half a mind to just throw everything away and pour myself a drink, but I thought better of it. There was to be no drinking in my immediate future because my creditors are counting upon my showing up to work sober.

And I couldn’t let Miss Cara down. Her comeback is entirely dependent upon the success of this dessert.

So I placed my motion sick sorbet base into my refrigerator, and returned to it in the morning. I have to admit that I was rather pleased by the outcome. 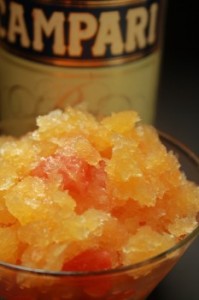 I don’t care how much you groan at the name because it’s a dessert as refreshing as Miss Cara’s voice and as perky as those breasts of hers she so reluctantly showed to that guy with the video camera in the movie Fame.

As I have said before, this recipe is based upon the blood orange sorbet recipe of David Lebovitz, who has a much better ice cream maker than I do, but is nowhere near as perky as Miss Cara’s Cara Caras.

1. Put your sugar into a small, non-reactive saucepan. When one says “non-reactive” when referring to sauce pans, one means a pan that is made of a material that does not react adversely to acid, such as stainless steel, glass, or ceramics. If you think your saucepan is non-reactive simply because it shows no emotion when you fill it with ingredients and put it over high heat, you are either hopeless in the kitchen or you are an entirely fascinating, innocent creature and I would like to get to know you better.

Add just enough juice to saturate you sugar, then heat–stirring frequently– until the sugar is completely dissolved and you have a lovely little syrup.

2. Stir this syrup into your Cara Cara orange juice. Add three tablespoons of Campari and stir well. Pour the mixture into a shallow dish and set in your freezer or the freezer of a good friend or neighbor who will allow you frequent access to his or her kitchen. Let stand in said freezer for about 45 minutes.

Toss your chunks of orange with the remaining Campari and place in your refrigerator to chill and marinate, covered.

3. When the juice mixture begins to for ice crystals, break them up with a fork, then leave it be for another 20 minutes. Fork the juice again. Repeat until all the juice is frozen. The texture should be grain, which is why the Italians call it granita.This should take roughly 2.5 to 3 hours, depending upon your freezer.

If you are lazy, you can simply freeze the juice into one, solid block and shave it up, but then it wouldn’t be granita, it would be a sno-cone.

And everyone would know how lazy you were.

Or, if you’re really, really lazy, don’t bother to freeze anything at all, but simply pour the mixture over ice (which someone would have to have pre-frozen), but then it would be called a cocktail.

4. When you feel your granita is ready for its big night, stir in the Campari-soaked orange pieces, spoon into chilled glasses, and serve immediately.

And, as you and your guests are eating it and you are receiving their accolades, do your best to come up with ideas for a Maureen McGovern-inspired dessert. Clue: it should be served either flaming or upside down.

Do get back to me. And soon.

*That Electric Company was some sort of genius Oscar-winner mill. Rita Moreno, Morgan Freeman, Irene Cara. There is something to be said for groovy literacy programming.

I write about food and am very fond of Edward Gorey. And gin.
View all posts by Michael Procopio →
This entry was posted in Celebrities, Stage, Film, and Television, Sweets and the Like and tagged cara cara orange, Fame, Flashdance, granita, Irene Cara, oscars. Bookmark the permalink.